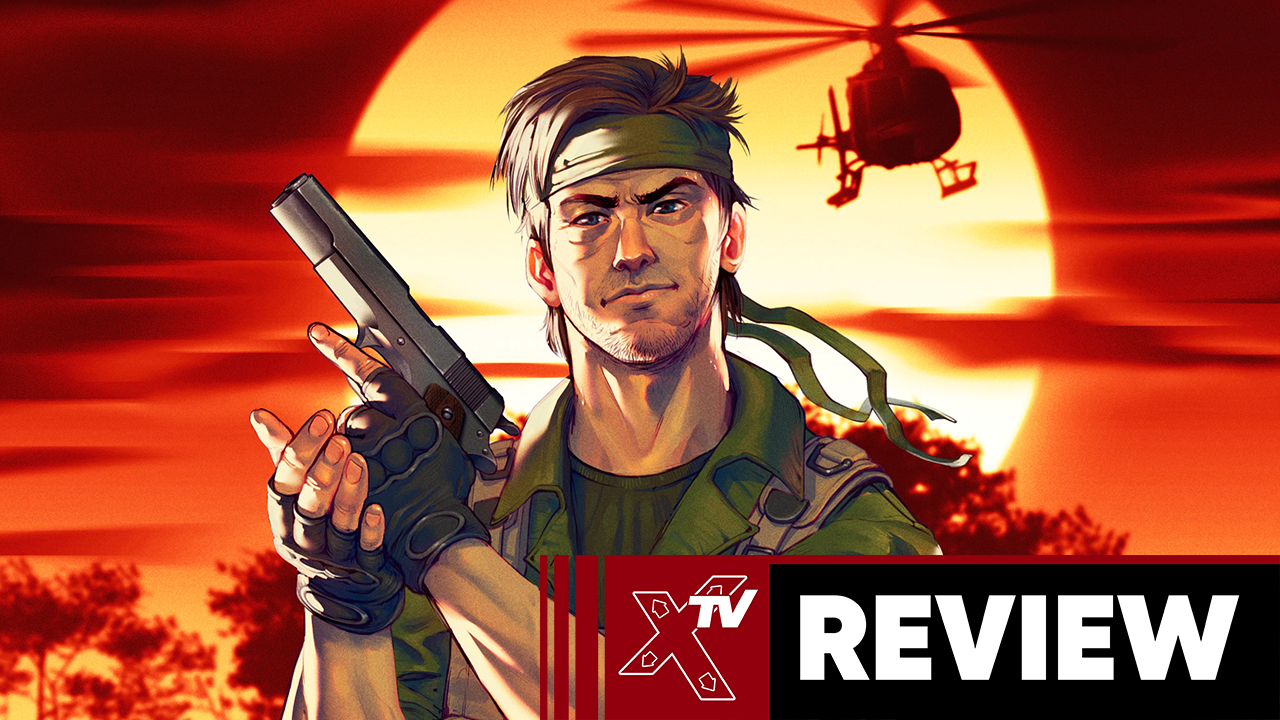 It’s hard to pull off a straight up parody video game, the jokes can fall flat and in most cases it just comes off incredibly self indulgent. I’m happy to say that Unmetal seems to mix the perfect balance of serious stealth and absolute ludicrous stupidity. The game is stylised after the original Metal Gear released on MSX, complete with the main character Jesse Fox doing a voice that’s somewhere between David Hayder’s legendary voice work and the parody voice on those Newgrounds animations.

You start off in a military bunker trying to avoid guards, incapacitate them and searching them for the items you need. When it comes to the guards, they don’t follow a set path and instead act like proper guards, getting detected will most likely end in death and you can’t do simple things like exiting the screen to escape them. The game actually has a leveling system that rakes in EXP everytime you take down a guard without them detecting you, once you gain enough you are able to choose between two upgrades.

The game is narrated by Jesse while he is under interrogation, or on a drive with his girlfriend, it really isn’t exactly made clear what if any of his story is exactly true with scenes with the environment just popping in and out of existence and even getting to decide what happens next, like deciding if there are one or two guards in the next area or turning into a block of cheese as you are chased by zombie rodents in the sewers, this is one of the reasons this is just a written review as we want to prevent spoilers.

There were times we found ourselves in a bind caused by our own stupidity. Your health bar leaves little for error and we needed to take down two guards that always moved in a group which left us with enough health for one hit and no health kits. We were stuck like this through the entire boss battle where you have to knock a globe ball into a Captain’s head while he is shooting you. What’s even more frustrating is we have both bandages to stop bleeding and health kits to heal HP, what is irksome is that while both take a few seconds to administer, the health also isn’t a sudden improvement and you gradually get health over time.

Unmetal walks a fine line between 80’s action movie stupidity and a narration of the absurdity of game design and mechanics including where your inventory items go after you’ve used them. I honestly believe that Unmetal isn’t just a Metal Gear parody Kojima would be proud of, I wouldn’t be surprised if he worked on this himself.