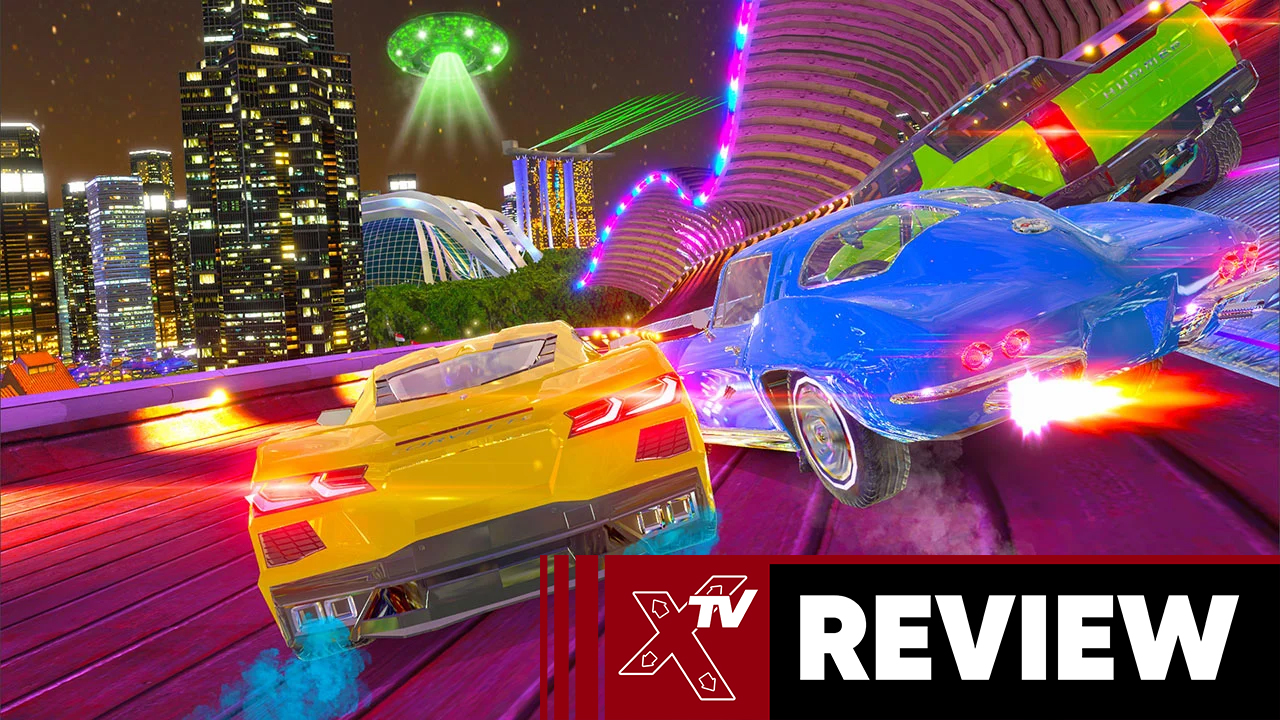 It feels like forever since we last saw an entrant in the Cruis’n series, what was once used as a benchmark for the Ultra 64 the last game in the series was back on the Wii in 2007 and you probably don’t even remember it because it only came to be because Midway needed a name for it’s driving game after they lost the Fast and Furious license, true story

Cruis’n Blast is a port of the arcade released a few years ago and plays a lot like previous titles. Instead of going through a multi lap race you go on a cruise through several tracks. Much like other games you can perform tricks and wheelies as well as take out your rival drivers similar to Burnout. Because the levels are taken directly from the arcade, tracks are fairly short but have a lot of flair too them like you are in a big budget action movie.

There is plenty of variety when it comes to the levels as well, you can be driving through the streets of London as the Eye rolls around, across the plains of Madagascar and even in the mountains while fending off a Yeti. However while the spectacle is certainly appealing the first time round, there really isn’t much to keep people coming back after a while. You can only go through an earthquake in Death Valley so many times before you want to go back to Fast RMX or Mario Kart 8. At first you have 3 different cups to play through, but need to get at least silver to unlock any more. But every track has you starting in last position and you have to continually boost and back flip over every car in the hopes of getting first place.

You are able to upgrade your cars as well as unlock a variety of interesting vehicles but you need to grind your tyres for a while before you unlock anything beyond cosmetic flair to your car and by then you may as well wonder what the point of it all is. There isn’t anything drastically wrong with Cruis’n Blast, the design of the game is actually quite stunning especially for a Switch game and the cars handle more arcade style rather than the simulation feel of titles like Gran Turismo and Forza. But outside of the cup mode and the arcade version there really isn’t much on offer here, even multiplayer is complete lackluster with just local play with not even a hint of online support whatsoever

The Cruisn’ name may have held some weight 20 years ago but racing games have come a long way since then. The game does look real flashy, but just like fireworks it quickly fizzles out.