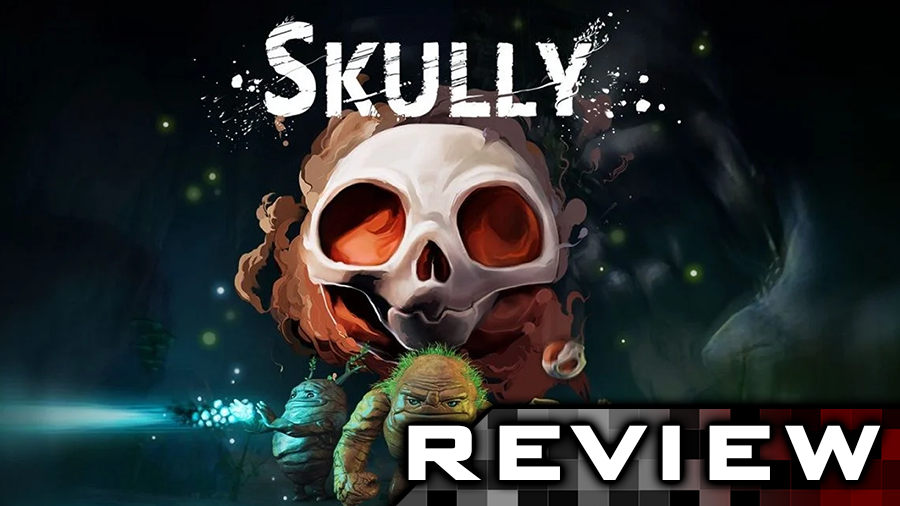 I’ve always been a big fan of 3D Platformers, whether it was Super Mario 64 or Spyro the Dragon, I always ate that shit up back in the day. Which just makes it sadder knowing that those times are mainly gone, I miss the collectathon’s of Banjo Kazooie and the challenge of the original Crash Bandicoot (excited for Crash 4 though). So I’m glad to play whatever I can get my hands on, including today’s game Skully.

You play as a skull who has washed up on an island, which through some magical mumbo jumbo with a mud bath as seemingly come to life, however all you can do is roll. The rolling is actually fairly easy to handle, especially when it comes to turns and such, however, as I’ll explain later platforming can prove difficult.

The island is run by four sibling diety’s that represent the elements and are currently in the midst of a huge feud. But it feels less like a battle of keeping the balance and more “you shut up, no YOU shut up” squabbling. There were times when they were fighting during the cutscenes and I wanted to scream “HEYYYY everyone calm the hell down” and give them all time outs in the corner. You team up with Terry, the Earth one and seemingly the only one who is still trying to seek peace, whose character ranges from lovable goof to dumbass in the span of a few minutes.

Your are not just a skull though, utilising the games many mudpits you are able to take three forms hat help you on your journey. The strong form that has more frown than face, the nimble one that can move objects and the double jump. It would have been interesting to see you actual utilise elemental powers. But really they only amount to obstacles.

While controlling Skully, for the most part, is fairly easily there are moments that can be incredibly frustrating with a mixture of complex puzzles and a half-assed checkpoint system. Especially later on where you can create your own moving platforms and solutions require switching to multiple forms at once it can prove terribly disheartening to the fall into water or lava which will instantly kill you and find yourself having to try and solve the entire thing again.

There are collectible flowers littered everywhere but they don’t contribute towards anything in game, only unlocking concept art and other little trinkets, so I’d recommend you don’t go out of your way to collect them all. While there are certainly some difficulty curves, the creators behind Skully were far from dropping the ball…..or skull in this case. I actually got fairly invested in the story, especially the third act twist even though I did see it coming from a mile away.

Skully is definitely one of the better 3D Platformer’s I’ve played recently and it managed to stick the landing instead of landing face first in the mud.