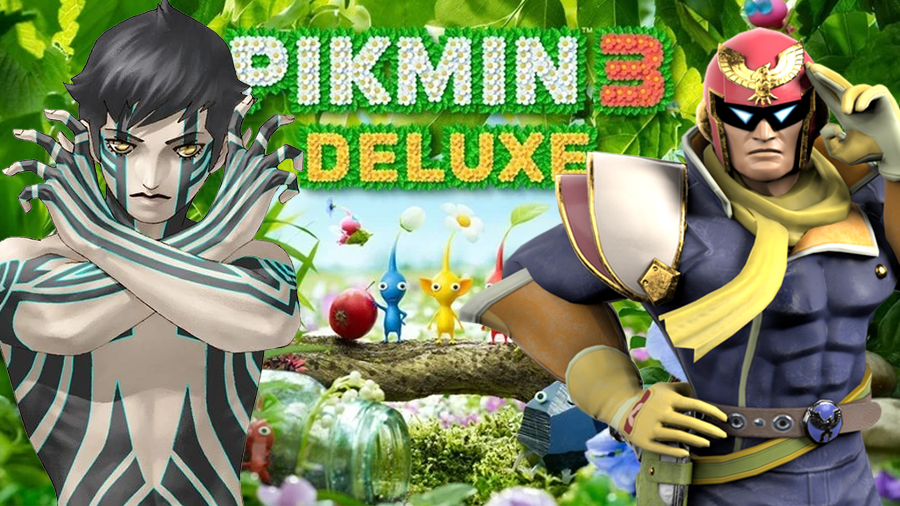 I began writing this article a few weeks back, but held back on publishing it because I felt it was a bit mean spirited.

After what I’ve just seen. Yeah, fuck that.

So, Nintendo released a 10 minute Direct Mini and made it clear that it was to focus on “development and publishing partners”. But if you asked people online, they would swear up and down that they were promised a Bayonetta 3 release date with every other franchise of Nintendo shown off as well. While there are certainly many people who predict these things as a laugh, it still doesn’t explain the almost 60K downvote on YouTube.

While the Mini wasn’t devoid of information, Cadence of Hyrule getting DLC and a Physical Release plus some actual confirmation about Shin Megami Tensei V, a game that hasn’t been heard from since January 2017 not to mention the surprise announcement of Shin Megami Tensei: Nocturne 3 receiving an HD Remaster. Plus, if you checked out the Japanese version you would have seen a great little trailer for Sakuna: Of Rice and Ruin.

Yet, all we are seeing on YouTube is just upset and vitriol coming from all sides to which I have to say, What were you expecting?

Seriously, here was a Nintendo Direct Mini announced 12 hours before it went live, making it absolutely clear that it was a “Partner Presentation” meaning it wasn’t going to focus on First Party titles (Yes, I now Zelda is technically first party, but this was Necrodancer) it also stated that it would be just a 10 minute presentation, which is not a lot of time to show off something major. Yet people were jumping to conclusions because Capcom had made Zelda titles and Sega had worked on F-Zero, that could mean we might see an announcement from then.

As badly as I want to see Bayonetta 3 or Metroid Prime 4, we also need to remember how big of a monkey wench COVID has been to development lately. Especially in the US where development of Prime 4 is being handled in Austin, Texas, which has seen a high spike of cases lately. Plus, games like this would not be shown off in such a tiny little direct.

Now this is nothing new and honestly after a few hours I was ready to just scrape this article and leave it in the drafts bin, but this past week saw the announcement of Pikmin 3 Deluxe coming to Switch. However, the original game has also been removed from the Nintendo Wii U eShop, where it cost only 20$ as opposed to the 60$ for the brand new Switch re-release, and people are not happy.

So there seem to be two major issues here, 1) The game costs 60$ and 2) This isn’t Pikmin 4, so let us discuss this. Firstly, the Wii U version for 20 dollars was only the base game, it did not include the DLC or the brand new content that will available on this game. A situation very similar to Xenoblade’s re-release and yet no one’s complaining about that as for the whole Pikmin 4 situation, I’m reminded of the fiasco surrounding Metroid Prime: Federation Force several years ago. Now while there was nothing inherently wrong with the game, the simple fact that it was the first Metroid Prime game in years did leave a seriously sour taste in everyone’s mouth.

Pikmin 3 was hinted as early back as 2007 and completely missed the Wii system, so instead we received New Play Control versions of both Pikmin 1 and 2, selling for around 50$. Titles that were the exact same as the original with only widescreen and Wii functionality added and yet no one was complaining, no one was crying.

The Wii U was a system that I absolutely loved with some amazing titles, but no one can argue that it failed commercially. It should be no surprise that most of the Wii U exclusive library has arrived on the Switch, where they can actually see some success. Pikmin 3 barely sold a million copies on the Wii U and had an extensive development time, so naturally Pikmin 4 will take some time too and Nintendo would actually like to see Pikmin 3 succeed for once. Yet, there is non stop demand to see Metroid Prime Trilogy on the Switch, continuous requests for Gamecube re-releases, especially stuff like Mario Sunshine and Thousand Year Door. New Super Mario U just had to include a Super Crown to call itself Deluxe and charge 60$ and yet THIS is where you draw the line, this is where you say no?

Pikmin 3 deserves to succeed, the Pikmin franchise deserves to succeed. But right now I feel like Ryan Gosling in the Notebook “What Do You Want?” you want Pikmin 4 right? Well I want Metroid Prime 4, I want Bayonetta 3, but I’m also aware that this shit takes time and that’s not including the current global crisis we are all enduring right now. I watched that Nintendo Direct Mini knowing full well what to expect, hell I even called the Shin Megami Tensei V news and I went away from that “well that was pretty much what I expected?” and yet everyone around me was crying, stomping their feet and just generally feeling butthurt that Nintendo didn’t announce something that they made no indication they would and flat out told everyone otherwise.

I figured by now everyone would have lowered their expectations even slightly for what Nintendo Direct’s actually entail but no, even to this day I still see supposed 4Chan leaks that play out like some fantasy booking scenario, where everything is announced, a new F-Zero, Gamecube sequels, all the third party stuff like GTA and Kingdom Hearts and while many Directs have given us a few huge surprises, outside of E3 I can only remember TWO that have truly blown us all away. The 2013 “Wii U Games” Direct that announced Windwaker HD, SMT x Fire Emblem, Yarn Yoshi and the first reveal of Xenoblade Chronicles X, and much more recently the one that announced Smash Bros Ultimate alongside an absolute slew of Third party hits like Okami HD and Undertale.

Nintendo is planning some more Partner Presentation orientated Nintendo Direct Mini’s and personally I’m thrilled, most Directs usually revolve around a big new first party release with others sprinkled in for good measure. But now we finally get to see Nintendo highlight something they have been missing out on for a while; decent third-party support.

Prime 4 will be released, F-Zero will return one day and no doubt the day they are announced, Nintendo fans will be hyping themselves up for another dormant series.

One day Pilotwings, one day.