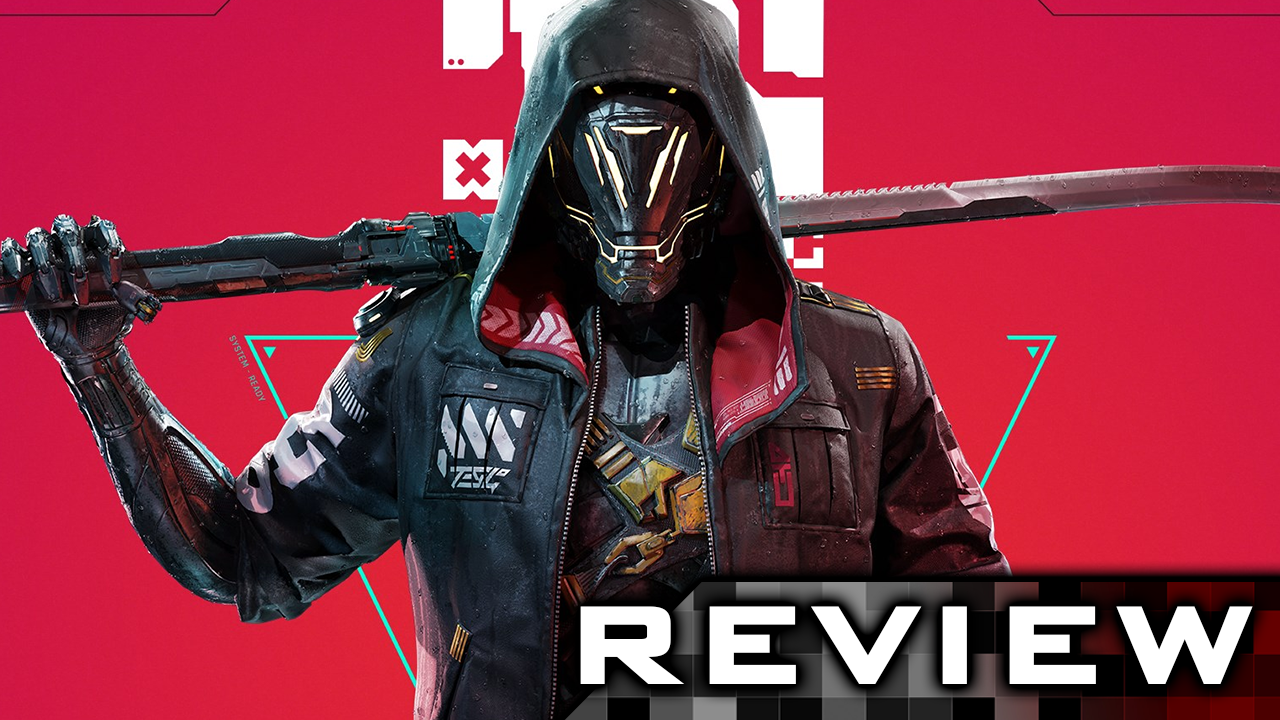 First-person platforming has always been a really mixed bag, titles like Mirror’s Edge have tried to achieve the style of a parkour artist from the first-person perspective with limited success. Then there are titles like Portal that rely less on precision and more about flinging you across the room. But in both of those titles, the combat was never the main focus, but that’s all set to change with Ghostrunner. Set in a dystopian future, you are the Ghostrunner a cybernetic katana-wielding ninja and honestly, I could wrap this review up now. You are a ninja cyborg, enough said, Game of The Year! Round of applause! Ok see you next time.

Yeah, unfortunately, it is not that Simple

Ghostrunner has a lot going for it, while you are pretty much going through a series of corridors and factories I’m loving the cyberpunk aesthetic which even on minimalist settings looks incredible. I mean sure, it reminds me that my computer will sooner burst into flames then run Cyberpunk 2077 properly in a few weeks but I was wall-running, dodging and cutting grunts in half with synthwave in the background I was having heaps of run. That is when the game was at least agreeing with me while controlling Ghostrunner is fairly simple with jumping, dashing, wall-run hookshot and slow-mo bullet time, the game usually puts you into encounters with a lot of split-second thinking.

The basic crux of the game is you enter a section filled with gun touting enemies and you can’t progress until you’ve cleared it of all of them, further more there is no health bar, everything is one hit kill so if you get shot or miss a jump you have to restart the encounter all over again. The best way to take care of enemies is to jump towards them, enter slow mod so you can dodge their bullets and proceed to remove their spine from the rest of their body

While I do applaud the game for making it incredibly quick to resume encounters with nary any loading screens in sight, things can get pretty frustrating in some of the larger encounters, you have several different types of enemies all with their own different types of attacks to prepare for not to mention most of the time there is this shield protecting them that you have to get rid of first. The real issue is that there really is no room for error, taking a breather for a second just to get your surroundings will most likely result in a game over so you could find yourself constantly repeating segments so be prepared to die a lot, and the game knows this highlighting the number of deaths after every chapter

I have never been one to suffer from Motion Sickness but even I was feeling woozy in some areas of the game, the continuous bobbing up and down of the character and twist and turns when it comes to wall-running especially in later chapters when you have to slow-mo jump behind guards with shields around them.

There is a story but honestly when you are cybernetic ninja is that even relevant, you have a disembodied voice known as the Architecture talking with you throughout the entire game continuously going on about the antagonist of the game and what you need to do to save everyone. I’ve been wary of voices like that since the original Bioshock, just wondering when and/or if they inevitably turn on me.

Ghostrunner has a lot going for it, its an awesome concept that really could have benefited from some more fine-tuning. While there were times I was getting visually frustrated in segments, I couldn’t put the game down for long. It reminds me a lot of Katana Zero, basically the same slow-mo ninja concept but as a retro 2D game and I absolutely adored that title. While Ghostrunner is undoubtedly playing second fiddle in regards to Video Games about dystopian futures in 2020 It is still a game I would highly recommend checking out.

While not released with the rest of the platforms, there is a Switch version planned for release next month and I’m curious on how the game will look, I’m terrified about the thought of gyro-controls, cause flailing my arms around brings back some painful memories of the Wii.