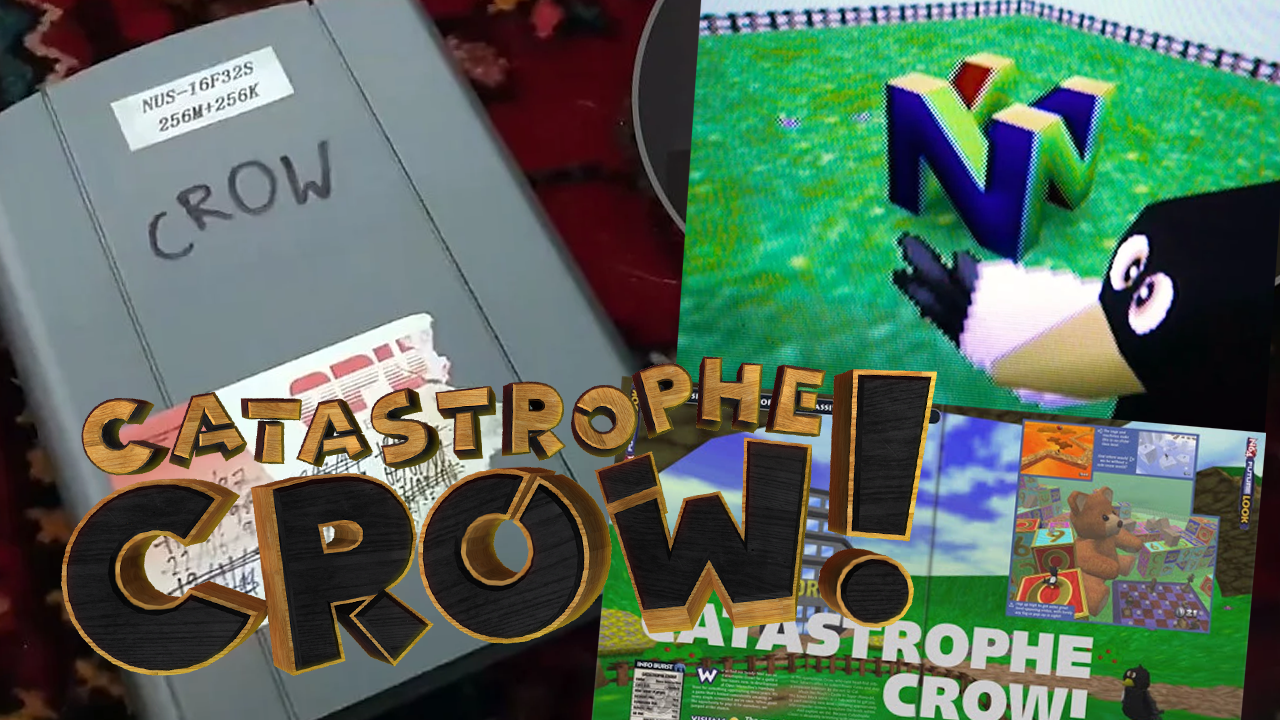 Concepts like Creepypasta’s and ARG’s (Alternate Reality Games) can be extremely hard to get right. The most typical version of a Pasta usually amounts to a person finding some cherished game from their past, but while they play it they witness to something either bizarre or grotesque that usually amounts to it being possessed. The lost PS1 game Petscop had a great start but just sort of fell flat at the end, The Ben Drowned ARG using The Legend of Zelda: Majora’s Mask was planned as a really ambitious story but ultimately got scrapped. Recently people have been taken the beta assets from Super Mario 64 that were found thanks to that major leak earlier in the year to create a whole range of supposed haunted Mario 64 occurrences during development.

It is definitely a mixed bag when it comes to these, sometimes you get something really engaging and thought through and other times you are just inundated with weak ass jumpscares. But recently a brand new story has been slowly taking over Reddit and YouTube, a story about a long-forgotten cancelled N64 game with a seriously troubled development. Announced back in 1996, Opus Interactive lead by Manfred Lorenz was working on a brand new title inspired by his daughter’s drawings. That game was called “Catastrophe Crow” and it had wowed audiences at that year’s Spaceworld in Japan with reporters claiming it was even going to give Mario a run for his money. However, as development continued, reports from inside the studio suggest something wasn’t quite right, Manfred was apparently acting more and more erratic, staying late after hours and getting developers to design art and models that made no sense with the colourful, cartoony game Catastrophe Crow was supposed to be.

That is until 2001, with Nintendo’s next system, the Gamecube set for release in just a few months and well over 10 million dollars already sunk into the project. The entire team at Opus Interactive was given the sack and Manfred allegedly locked himself in the studios to work on the game himself. Later that year, Debt collectors came in, only to find the place abandoned any evidence that a game was being developed there completely eradicated. Manfred’s home in Germany was abandoned too, with no sign of him, his family or his boat, which itself was found abandoned two days later in the North Sea with no sign of Manfred or the Game. He is presumed dead.

Freaky stuff……and NONE of it true.

Yeah the last two paragraphs, completely made up. Of course, I didn’t know this when I first watched the video created by AdamButcher either, who had supposedly come across a Beta Cartridge of the Game on eBay. The video was full of some amazingly well-manipulated footage, showing the game playing at Spaceworld, magazine articles and forum posts on GameFAQs. For a moment in my half-asleep stance this morning, I was convinced that all of it was true but as the video continued and the game was being shown, it was clear that there was more to the story than just a long lost N64 cartridge, something much much sinister.

As you would probably expect, after watching the video I started Googling to find out what the hell I just watched, which is when I came across r/CatastropheCrow who have been working meticulously to piece all the information, it’s here that I found out that Adam wasn’t the first person to upload Gameplay footage, channels like 3D Platformers NZ, N64 Long Lost Lore, 90sRetroGamingFRed and Childhood Memories 64 had uploaded small clips of the game. All these channels barely had 100 subscribers and only like 3 videos on their accounts but they also showed off many different parts of the game, featuring aspects of Manfred’s personal life like his home, boat and family.

There is clearly a lot more to this story, is Manfred still alive, what about his family, is this whole thing just a huge advertisement for an upcoming retro-styled game, kind of like what Game Grumps did with Soviet Jump, and what the hell does “The Player is Gone” mean. Whatever the end goal is, I truly have to applaud everyone behind it, First Impressions of this whole ARG have been incredibly positive and would highly recommend everyone check out the Reddit Community.