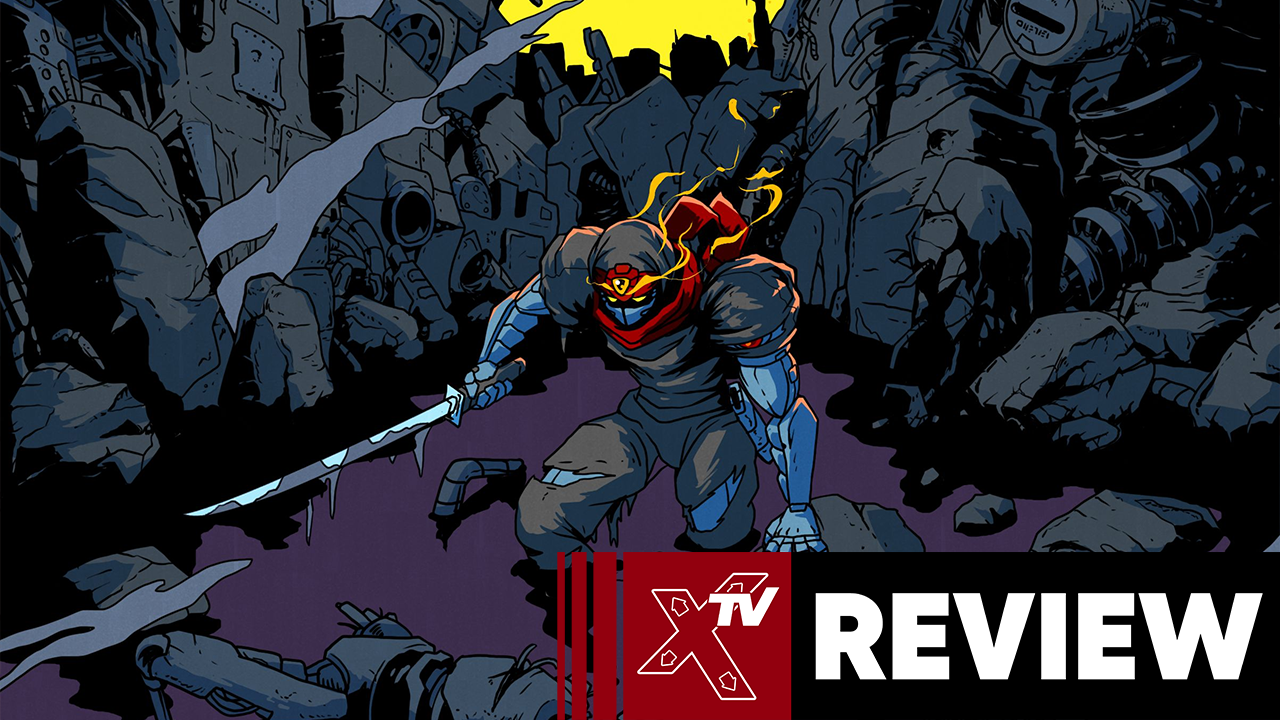 Several years ago saw the release of the retro-inspired Shovel Knight from Yacht Club Games and everything from its character design, to its boss battles, even the parallax scrolling and sound effects were so akin to the NES down to the finesse detail it almost felt like you were playing on the actual system. Shovel Knight has since become a cultural phenomenon appearing in many other indie titles and its success got everyone else to break out the sprite art and chiptune music and begin a retro revival.

Yacht Club is hoping for lightning to strike twice publishing the brand new retro title Cyber Shadow from Finish devs Mechanical Head, taking more than a few pages from the Ninja Gaiden series, we are put into the cybernetic shoes of Shadow, who is just thrust into action right out of a recovery pod. Much like Shovel Knight the controls have been streamlined to fit on an NES Controller with sub-weapons like Shurikens put on a combination of Up and Attack.

When I said this game took a few pages from Ninja Gaiden, I was sort of exaggerating as the game seemingly ran off with Ryu Hyabusa’s entire book, with the game featuring similar style cutscenes to the Tecmo classic, but in the hasty getaway it lost a few of the pages namely the one where you can crouch. This completely threw me off, pressing down seemingly does nothing and it makes Shadow feel stiff in comparison, it only becomes worse when you have these piddly little flying creatures that hit you right below your sword’s reach.

Designwise the game has the NES style down to a tee with all the accurate bleeps and bloops with some of the more annoying features of retro games like the knockback when you take hits, the game isn’t anywhere as difficult as the original Ninja Gaiden it is inspired by, with unlimited lives and checkpoints you can easily pick up where you left off. That being said in comparison to The Messenger, a similar game released two years ago, Cyber Shadow almost feels bland in comparison. Messenger’s combat and movement felt swift and precise, being able to reflect and bounce off enemies and projectiles as well as other features like the hookshot and gliding.

Combat just feels unfinished with Shadow really only having one combat move and that’s his sword at chest height, the aforementioned lack of crouching just makes him feel stiff in comparison to other retro characters and even rotating can prove a chore when trying to get into the flow of combat. Sure you are able to unlock other moves like a Downward Strike and Wall Climb later on, but that requires enduring cheap enemies you have no chance of properly striking and an honest to god race with a Spirit Monkey to progress that far. You can get assist weapons at checkpoints that can last up to 3 hits like a swinging saw blade or mini arm cannon, but checkpoints can be few and far between which could see you repeating certain sections ad nauseum.

Cyber Shadow is an attempt for lightning to strike twice with Yacht Club and while the presentation and music are absolutely brilliant its missed some of the best aspects that made Shovel Knight work, like the combat, story and characters which really kept the world structure together. Playing through Cyber Shadow I really had no idea who Shadow or any of their clan members were, the boss battles had some promise with some requiring a lot more precision and others you could just spam the attack button and hope for the best. Cyber Shadow isn’t a bad game it just feels shallower than other similar titles I’ve played in the same styling.

If you are looking for a good modern day spin on the old Ninja Gaiden titles, check out the Messenger, as Cyber Shadow just felt middle of the road.