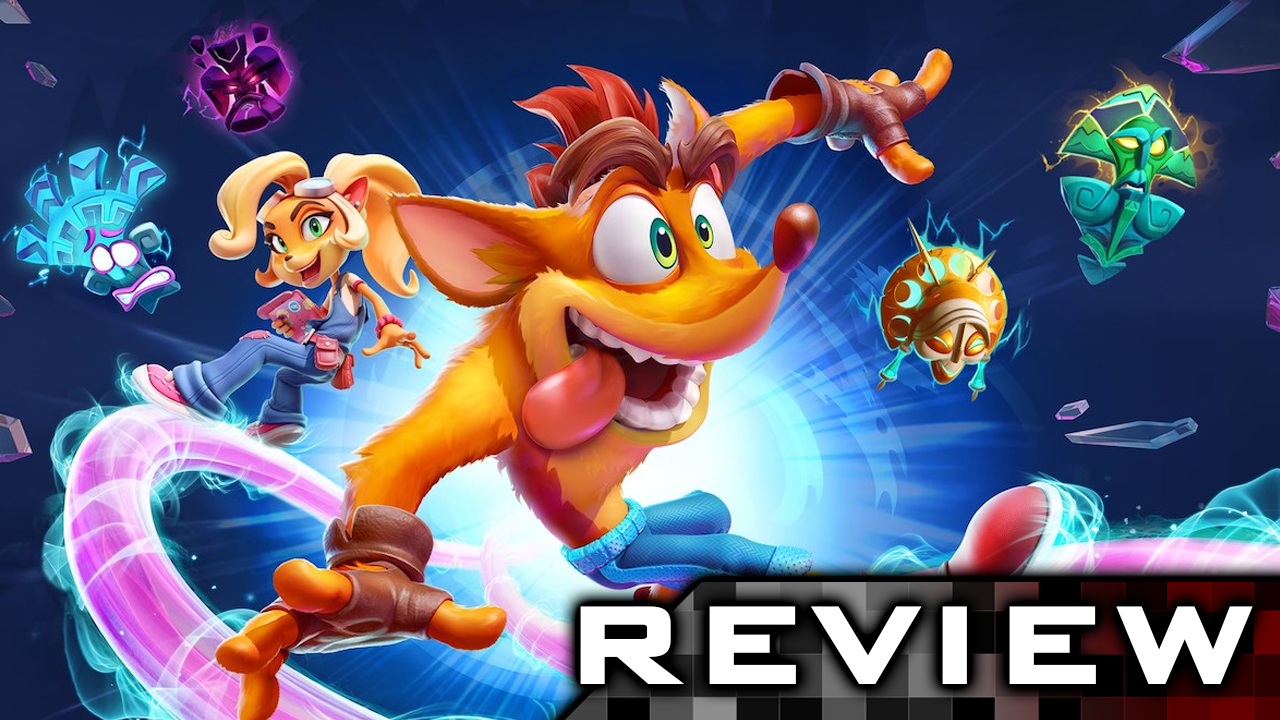 When I was growing up, Crash Bandicoot was my childhood, it was the first game I had when I first received my PlayStation. I spent hours playing through it’s levels even though I was absolutely crap at it back then. I personally found myself enjoying its sequels way more instead, especially the variety and challenge of the third game, Warped. As time moved on however, I became a bigger fan of Crash’s sort of half brother in Spyro the Dragon, playing through the original trilogy numerous times. But all those memories returned with the release of the Nsane Trilogy back in 2017, the folks over at Vicarious Visions did an amazing job turning the original games into modern platforming classics, just with more accurate jumping. But it’s fallen upon Toys for Bob, the folks responsible for the Spyro Trilogy remake to create the first true new Crash game in over 20 years.

Some folks will remember after Warped and Crash Team Racing, that the Bandicoot left its original developers Naughty Dog. He would spend several years floating between other developers like Traveller’s Tales, Eurocom and Radical Entertainment with varying levels of success and by that most of them were just average. I actually ended up playing Wrath of Cortex, a quick money grab released on sixth generation consoles like the GameCube and Xbox, a few years ago while I was making the Spyro series of videos. The entire game feels like an empty soulless mess, it looks and plays like the original but lacks anything new and just ends up playing stiffer than the originals.

I bring this up because in Japan, Wrath of Cortex was promoted as Crash 4 which makes Just in Time all that more confusing. This game is set right after Warped with Cortex, Uka-Uka and N. Tropy stuck for the last 20 years after their defeat, what this does is essentially retcon everything released afterwards, including Crash Bash, so nothing of value was lost. After finally opening a rift between worlds, it’s up to our heroes Crash, Coco and Aku to stop Cortex’s latest evil plan across dimensions. This time around we are also introduced to brand new Quantum Masks that will change up the gameplay in many ways.

So after going through the seventeen steps to play this game on the PS4 (Installation, Update, Install the Update, Powder its Nose, License Agreement, Waiting for the game to pick the right outfit and ask me to register an Activision Account for additional skins *pfffft*) You are presented with two playstyle options, Modern and Retro, this really just amounts to whether you want to play with lives or not. I have been on record several times that the concept of lives can go die in a fire with even long time holdouts like Mario finally at long last ditching them, I also bring up examples like the fantastic modern Rayman platformers that just have you do the most recent section if you are killed.

Speaking of which, It seems this game has taken a few of its inspirations from Rayman Legends. Not only with the new grind rail sections but you are rewarded Gems for how many Whompa fruits you get after each level. When it comes to Level design though, the Trilogy levels were great looking but restricted due to the original designs, this time around the devs have free reign over what they can do and each level is just meticulously detailed with these little extras that make them all stand out but my god can these levels can get huge. Toys for Bob certainly did their homework on how a Crash level works and the controls and camera flow incredibly smoothly, I never felt Crash wasn’t in my control with there even being a little beacon on the ground when you jump so no longer are you taking blind leaps of faith. The difficulty though is not that severe it’s like a really good curry, delicious but with just the right amount of heat. That is unless you are trying to actually complete the levels 100 %, in which case good luck getting off the toilet anytime tonight.

Getting all the boxes can be no easy task especially in Bonus stages, while they used to be fun little romps in the original games they can be incredibly unforgiving here with exact methods to get everything or be made to start over and they are made even more complex with the new masks. The Quantum Masks introduced in this game give us several new powers like stopping time, switching gravity or dimensions and a heavy-duty spin attack, instead of being able to pick them out and use them at your own free will, they appear during certain segments in levels. Crash 4 introduces us to so many new mechanics and features it is almost hard to keep track of them all

That’s not even including all the other characters you get to play as, we are reintroduced to Tawna but not the blonde with legs that go up to her elbows instead we get a brand new kickbutt Tawna from another dimension with a hookshot, a radical new haircut and seemingly moved all her assets to the trunk. Dingodile has his vacuum cleaner and can shoot projectiles, but Neo Cortex stands out the most by being one of the more frustrating characters I’ve ever played as. Lacking a double jump like all the other characters have and his primary attack, which is a laser gun, having a very weak range.

The level selection harks back to the island layout of the original game with many call backs to classic moments like Polar Bear riding and running away from Dinosaurs. But the Ice Levels and ones with slippery surfaces are some of the more frustrating ones, even compared to other Ice levels in different games Crash is almost impossible to control here. Thankfully boss battles are much more forgiving than the original games, in those titles you had to take a boss on and wipe their health bar in just one life, fail and start all over again. In Crash 4 every major hit serves as a sort of checkpoint so you aren’t constantly repeating sections ad nauseum.

While there are certainly some complex sections, especially with Bonus Stages it is a real stretch to consider this game “hard”. We’ve gotten used to so many games hand holding us that we have become blind to any real challenge. Anything even considered hard is automatically paired with Souls or Cuphead. But anybody who is going to strive for full completion, you are certainly getting your money worth with each level having a “Twisted” version with its own set of gems to collect. Crash Bandicoot 4: It’s About Time is an amazing addition to the series and a spectacular follow up to the Original Trilogy.

My fingers are crossed for what they do with Spyro 4

Th…there is gonna be a Spyro 4, right?