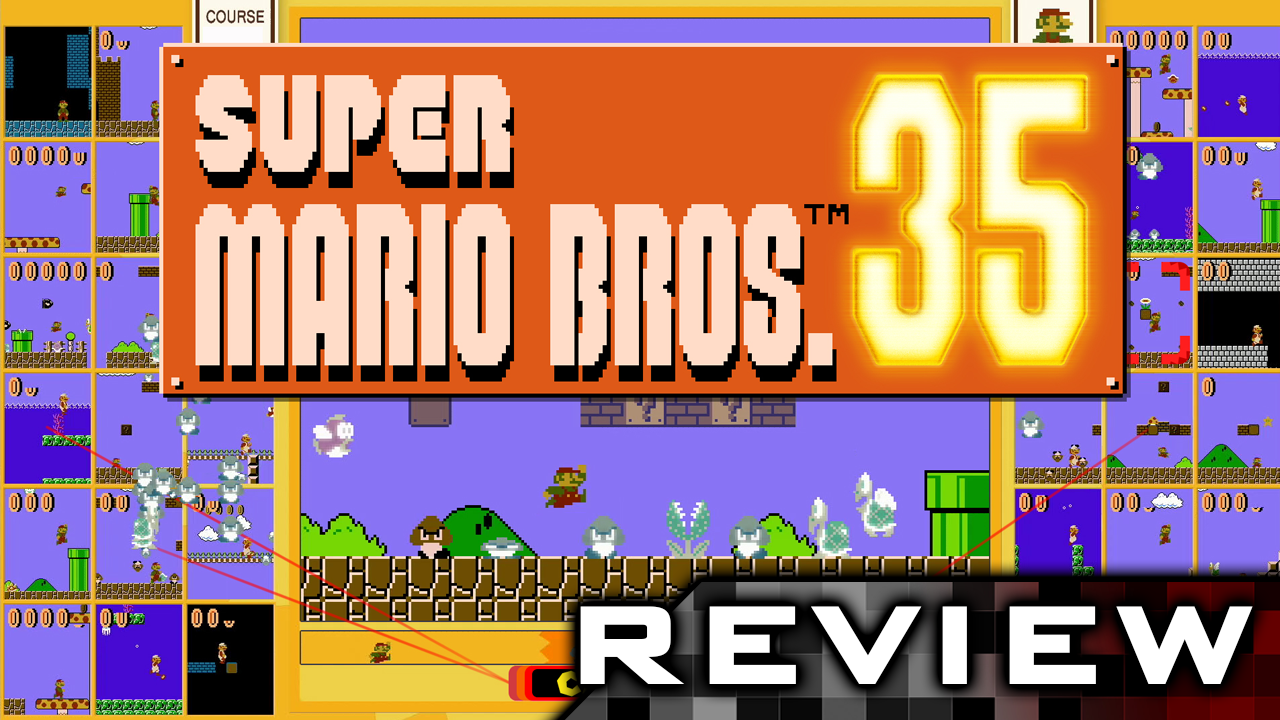 Continuing Nintendo’s ongoing celebration of Mario’s 35th Anniversary, this week saw the release of a brand new spin on the original Mario Bros for the NES. Pitting you against 34 other players in Super Mario Bros 35, booting up the game for the first time you will see its interface has some major similarities to Tetris 99 and that shouldn’t surprise you as they are both handled by the same developer, Arika.

Now, here is the part where I must make a shocking confession, I have never been a fan of Mario sidescrollers. I was introduced to Mario on the 64, before that I had a Mega Drive and even there I wasn’t the biggest fan of Sonic, I have always preferred my platformers to have more 3D in them which probably explains why even now I haven’t touched on the New Mario Bros and Mario Maker titles often.

Mario 35 plays a lot in the same way Tetris 99 does in that all 35 players are playing on the same course and what happens on one person’s playthrough can affect others, usually with more Goombas added to the level. You also have a clock that only gives you 30 or so seconds at the beginning to finish the level and you gain a few seconds every time you stomp on an enemy.

Now while I have never been fond of 2D Mario, I have certainly played them including the original but I was never that good at it. So imagine playing a Mario game but with only one life and people constantly poking you, that is basically Super Mario 35 in a nutshell. I managed to make it to a water level and the entire level was flooded with Goombas.

While Tetris 99 kept me entertained for well over a year, I don’t see that happening with Super Mario 35. Even if the game wasn’t just for a limited time only, what made Tetris 99 was that every playthrough was different, Mario 35 starts off the exact same way every time, Level 1-1 and that can get super repetitive after a while. You can mix things up by starting off with a Mushroom, Fire Flower or even a Star, they do cost coins but you earn so many you don’t even notice.

Mario 35 was an attempt to replicate the success of Tetris 99 but as legendary and timeless as the original Mario is, it isn’t exactly simple enough for this battle royale-style multiplayer. Tetris 99 is something you can pick up and play for a few minutes or even a few hours and not get bored, you can only play Level 1-1 so many times before you’re just wading in a pile of Goombas, and I’m not going through that…..not after last time.

PROS
CONS
Can get seriously repetitive
3