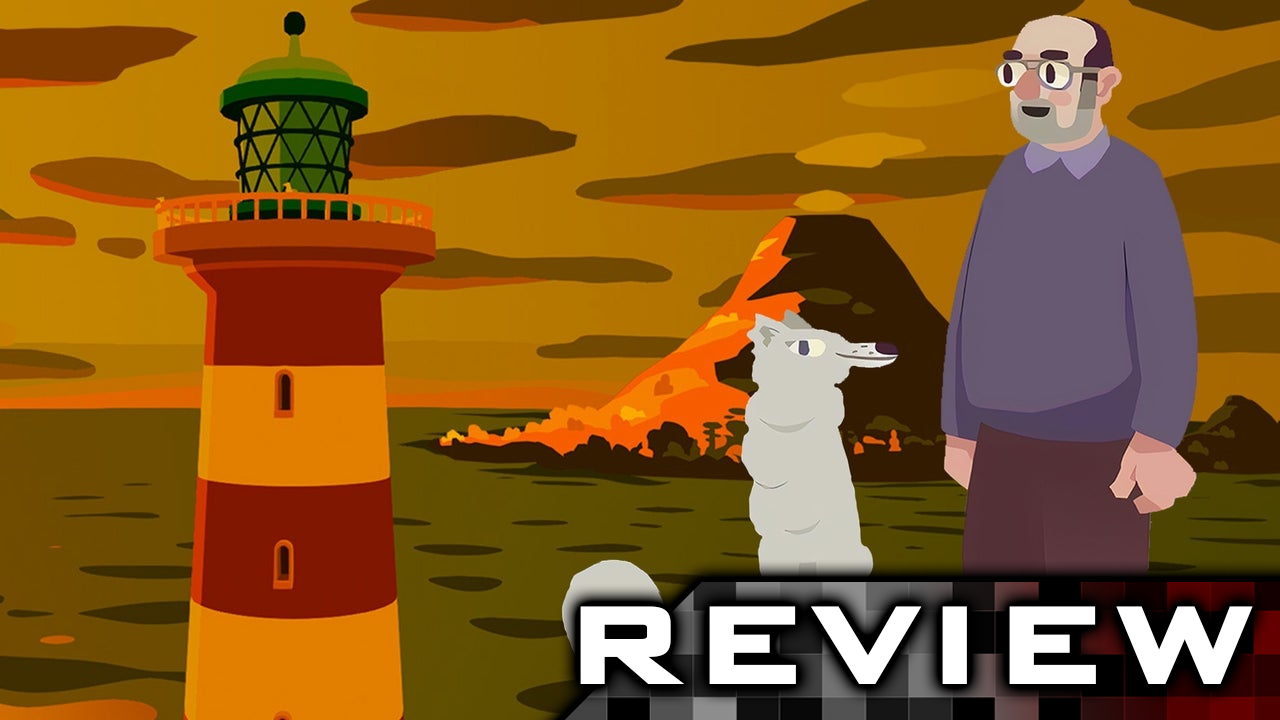 Despite having one of the most morbid titles I have ever heard, I Am Dead is the latest example of game publisher Annapurna Interactive emphasis on heartfelt storytelling. Our story focuses on Morris Lupton, curator of the Shelmerston Museum, a small island off the North Atlantic and like the name suggests, he is no longer with us. But that doesn’t stop him from talking and more importantly, slicing through everything, and that’s the main feature of the game, being able to pick pretty much anything and explore into its very core.

Morris is reunited with his deceased dog Sparky, who has gained the ability to speak to him as well apparently all animals can talk we just can’t understand them. But Sparky comes with a warning, Shelmerston’s volcano which has remained dormant for centuries has suddenly stopped being dormant and will wipe out the town, its citizens and even worse, all the tourists and their selfie sticks.

The volcano is threatening to erupt because the custodian of the volcano is slowly fading away and it is up to Morris and Sparky to find a new spirit and ask them to take over. They have several people in mind, citizens of the island who have also passed away over the last few years and to converse with their spirits they need to find mementos from when they were alive. The mementos are introduced from the memories of the people who knew them well.

In the several areas we explore with Morris and Sparky, we find people with thought bubbles popping out of their heads. This gives us a little trippy slideshow of this person’s memories with the recently deceased and the memento that we need to find, thankfully you won’t have to look under every nook and cranny in the area to find it as they are in the same vicinity. After finding five of them, we play as a flying Sparky who rounds parts of their spirit like an ecto-sheep dog, rinse and repeat until the credits.

There isn’t much challenge or strategy with I Am Dead and honestly, there really doesn’t need to be. It’s more about the sights and the people we meet along the way, it goes to show that even after we’ve passed on we are never truly gone, our stories, our legacies will be remembered by the people around us, sometimes even for centuries. The design of the world is incredibly basic, with a simplistic vector style that doesn’t even have any shadows, but honestly, I don’t hold that against the game. Because the main spect of the game is to slice into all kinds of objects you are going to be seeing the inside of anything from watermelon to a walkie talkie, so pretty much all the objects in the world were created with a full inside as opposed to just an object layer with a texture on top. There is an added layer to at all with hidden secrets known as Grenkins, little hand-drawn creatures that pop up when you slice a certain object in a particular way

I Am Dead will only last you a few hours, but every moment is a heartfelt affair with some very interesting personalities living on the island like a Yoga Assistant Robot, a Glove Loving Fox or a Fishperson with a fondness for toast. For a game focused primarily on death and the afterlife, I Am Dead is simply brimming with life and much like the memories in the game, I won’t soon forget it.

PROS
A beautiful designed, simplistic world
The slicing effect seemingly never gets old
The memories and stories are truly heartfelt
A wide range of lovable personalities
CONS
The gameplay can get slightly repetitive
8