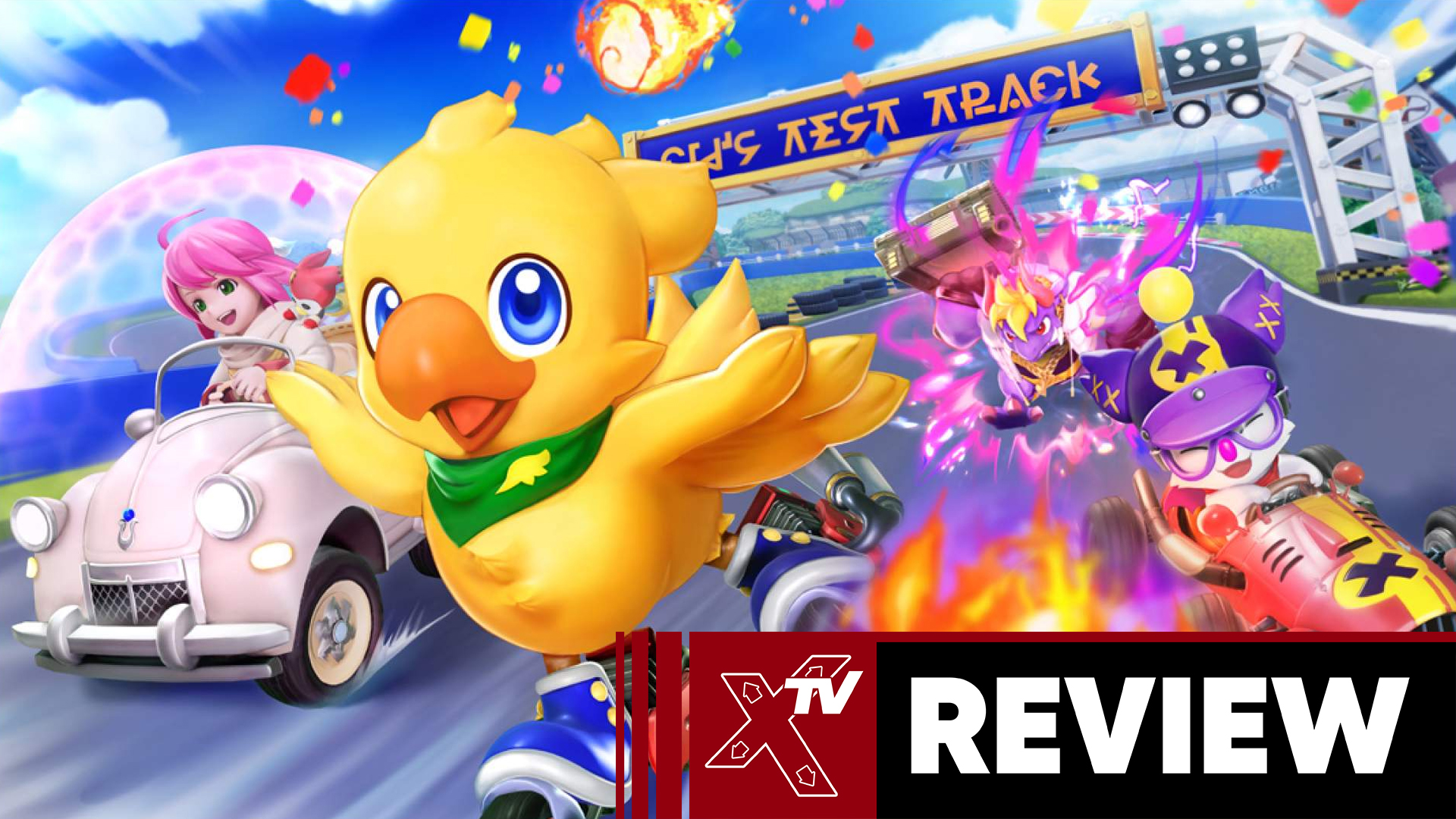 It’s surprising how despite many franchises attempting their own Mario Kart clone we never saw the folks over at Square attempt it with the Final Fantasy series, of course, that is a lie as 1999 saw the release of Chocobo Racing on the PS1, but you probably don’t remember it as fondly as other attempts like Crash Team and Diddy Kong Racing as it was panned for his uninspiring tracks, poor controls and lackluster gameplay.

22 years on and honestly nothing has really changed with the brand new ChocoboGP on Switch, what could have been a serious contender with the large range of characters, locations and lore from the Final Fantasy series has just ended up as a shameless tired cash grab that would make even Mario Kart Tour ashamed.

There are actually two versions of this game, the retail and the free to play version (otherwise known as “GPLite”) the lite version is filled with all the usual trappings of free to play titles including unbelievably long grinding just to unlock the characters people will actually like to play. While in the full version there isn’t a paywall but you still have little unlocked from the beginning. So if you are looking to unlock Cloud you are going to have to work for it.

However this is nothing compared to the serious flaws around ChocoboGP, firstly it’s clear from the get-go that this is a game that was designed for tablets and smart devices. Tracks are incredibly short and really lack any kind of distinct features and with their being only NINE tracks, some are straight copy and pastes. Even a short basic track in Mario Kart like Baby Park has enough personality to make it interesting, in comparison, Chocobo feels like a test of patience to get through the boring tracks without dozing off.

One of the key features of games like Mario Kart is its approach to balance, especially when it comes to things like item distribution, even when you are in last place you still have to chance to gain some ground and get back into the lead. ChocoboGP doesn’t do anything close to that, simply put if you end up behind you are going to stay there bar a miracle. The game does have item boxes, but instead of being a random draw they are divided into 3 different colours separated by the quality of the item.

Even if the game’s approach to balance was in any way decent it doesn’t change the fact that the controls are absolutely lifeless, everything feels stiff and the game’s approach to drift is somehow equal parts frustrating and way too easy. It’s simple enough to get an ultra boost but it can also require absolute precise precision just to enable it, it isn’t helped with an unintuitive layout firstly putting things like drift and weapons on the thinner shoulders instead of the triggers but also committing the cardinal sin of requiring me to press buttons parallel from each other, you hold A to accelerate but to unleash the charge move you need to press Y which is on the exact opposite and anyone can tell you that is near impossible especially in the middle of the race.

Playing through the Lite version there really wasn’t much to do besides the GP Mode which pits you in a 64 player elimination tournament, that really just amounts to races where you have to get in the top 4 to make it to the final 8. The only other option that stands out is the game’s story mode, well at least the prologue anyway.

The story mode in the full version is absolute drivel, with these dialogue scenes that go on way too long and honestly accomplish nothing before racing in the same tracks as the main game. At least with games like FZero GX the cut scenes were at least well designed to make up for the campy story. This in comparison is just depressing, ChocoboGP just feels incredibly hollow and would have fit better on an iPad than as a full retail release on the Switch. What could have been an amazing spin off just makes me wish the Mario Kart 8 DLC would come out sooner.