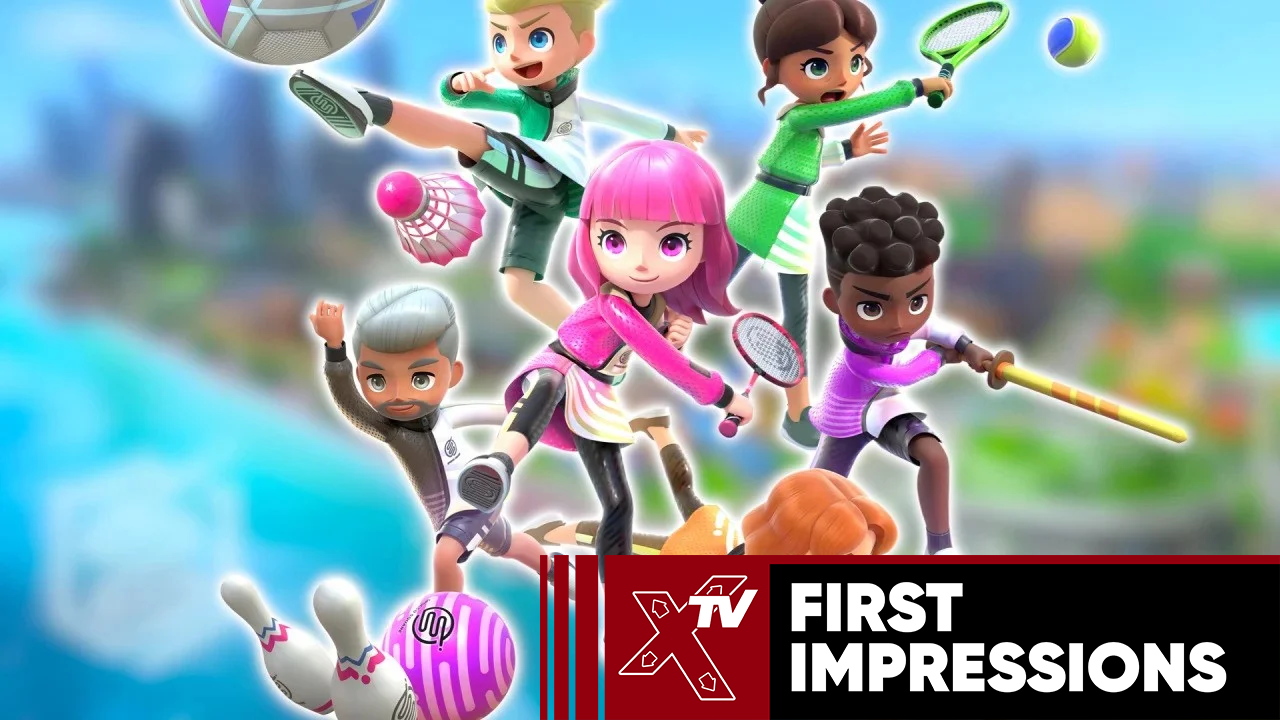 Announced during February’s Nintendo Direct, Switch Sports is attempting to be a recreation of the legendary Wii Sports that launched with the original motion control system all the way back in 2007. We all remember how playing Tennis, Bowling and Golf with your entire family basically turned the underpowered Wii into a money-printing machine, a feat they tried to recapture several times over. There was the sequel Wii Sports Resort which was justification for Motion Plus if you didn’t want to play Skyward Sword and then there was Wii Sports Club on the Wii U, and admit it, you forgot that even existed until now.

So before Switch Sports releases on April 29, you can experience some of the games in their Online Test. To get into the Online Test though was the most Nintendo like thing they could have done though, you couldn’t just pop onto the eShop and download it as you did with Splatoon 2 or ARMS Online Test. Instead, you had to go to the MyNintendo website, log into your account and head to the redeem points section, from there you purchase the Online Test for the low price of ZERO Platinum Points and received the download code, go back to your Switch and redeem the code. Now, why that is of course an annoying roundabout way to getting the test, the real nugget is this little piece of fine print;

To put it simply, Nintendo is trying to enforce an NDA on you if you play this, we all know Nintendo like to be super litigious if you so much as mention their name out of turn so unless they actually make me sign something, they can take their non-existent NDA and shove it up the-ANYWAY! Enough liable chit chat, let me give you my impressions of Switch Sports.

Unlike Wii Sports Club which really just amounted to Wii Sports with an HD coat of paint, Switch Sports is taking everything to the next level, while you will still be able to use your Mii’s, Nintendo really wants you to use their brand new Avatars, while you’ll be able to fully customize them with unlockable flairs and accessories in the full game, here in the online test you can only select from a few premade ones. They haven’t been given a name yet but in keeping with the tradition, I’m going to be calling them Yuu’s.

So you take your Yuu and are shown around the Spocco Sports Square and all the games that will be available in the full version at launch. The design of each play area has greatly improved from the basic design of Wii Sports with each one looking like a fully fleshed out arena. Of course, you won’t be able to just play whatever game you feel like here in the Online Test, you have to select “Random” and you’ll get plopped into one of 3 games, Tennis, Bowling and Chambara. Now, you are probably asking yourself “What the f#&k is Chambara?!” and it was that sword whacking game from Wii Sports Resort and honestly the most frustrating of the three games, so naturally I got it the most times. You and another player keep whacking each other with these dull swords until one of you falls into the water below, you are able to block and hinder your opponent for a second but you can hit past their guard if you hit parallel with how they are blocking. Unfortunately, it looks like Switch Sports has a case of Skyward Sword as not every direction seems to get registered the right way and even a clear diagonal shot can be registered as a vertical. Honestly, you may as well be flailing like crazy and you’ll get pretty much the same results.

One thing that needs to be made clear is that Switch Sports is not simply a Wii Sports Remake. As someone who grew up playing with the Wii, using something like a JoyCon which is a controller a fraction of the size of the WiiMote and far more accurate, I realized that quick smart while playing the other sports on offer in Tennis and Bowling, much like the original Tennis on Wii, it is played as a doubles game, but in most cases during the Online test I was controlling both my players against two actual players playing together. Back on the Wii, it was easy enough to hit the ball with just a random flick, this time around it actually matters how you swing your JoyCon, I noticed a slight delay when trying to get the Yuu closer to the net to actually swing which in most cases lead me to swing too late with the back Yuu and missing altogether.

Bowling seems to lack the grunt that it once had and feels slower this time around, the online test has you pitted up against 15 other players in an elimination-style tournament, after 3 frames the lowest scoring players will be knocked out, I will admit I wasn’t the best Wii Bowling player, constantly hooking the ball and its even more prevalent here with a lot more room for error. But once you are able to get into some sort of flow, you can very make it to the finals. My only real gripe is you dont have the Mii flail when you “accidentally” throw the ball backwards like in the original

Switch Sports may have started as Wii Sports HD but its approach to gameplay has far exceeded to original, this isn’t going to be simple pick up and play, this is some serious competitive elements here. I can’t wait to see what else they bring in, with Golf planned in a future update. In terms of the online performance, it looks like Nintendo is finally learning and improving their net code, at least from what we can tell, we rarely saw any dips in performance or lag and we also found a lot of fun out of the emoticon responses.

Now if you’ll excuse me, someone’s been banging on my door for the last minute…..