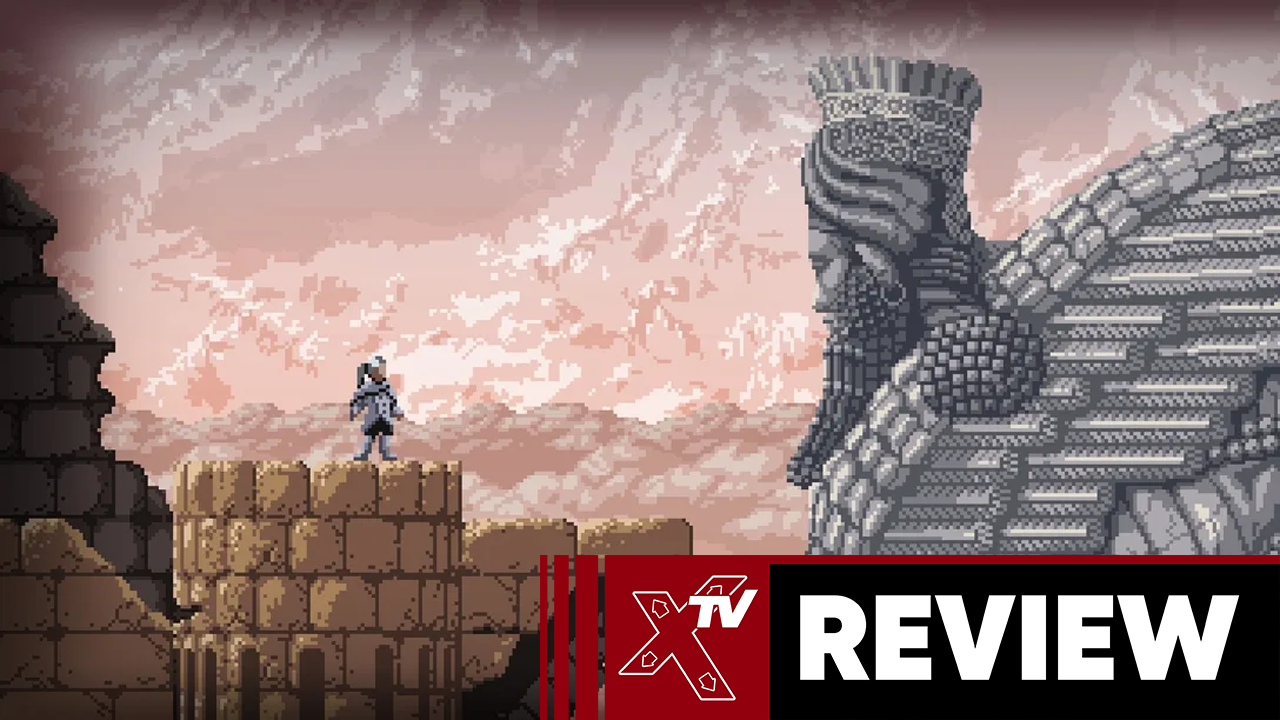 Out of all the surprises from this week’s Indie World, the biggest one was that Axiom Verge 2, the long awaited sequel to the cult Metroidvania hit was dropping that very day, the news almost made up for the lack of any Silksong news, the original was a true passion project from its only developer Thomas Happ. Stylised like the very best of 8bit design, with a large range of weapons, giant bosses to vanquish and a killer chiptune soundtrack on top.

It’s sequel, or rather prequel, takes a much different approach. Firstly the wide range of fancy guns have been replaced with an ice pick to match the Antarctica style setting so combat is more close range than the original. There is also a heavy emphasis on exploration over combat, so you won’t be held up by a giant boss but instead figuring out the best way to get to your destination.

Narrative wise, the game will continuously give you little snippets of the story, just enough for you to keep pressing forward just to figure out what’s going on. While you played the scientist Trace in the original, this time you play as Indra, an elusive billionaire of an international conglomerate. There are of course plenty of callbacks to the original as you continue throughout this alternate dimension.

The game gives you a vague idea where to go with coordinates on your map but you’ll be heavily relying on yourself, trust me you will get lost and find yourself wandering all over the place to find that upgrade or doorway, that may sound frustrating but it just means there is a greater sense of accomplishment once you finally figured it out.

Much like the original it feels like every pixel was worked on by hand, and while the original was inspired by the NES, this time the game looks more like a title on the Amiga with those little details like the blades of grass blowing in the wind or your characters subtle idle movements really standing out. Plus the pixelated particle effects that are used for explosions are really something to admire.

There isn’t much that has been preserved from the original, one aspect though has been the remote controlled drone which was basically this games answer to the morphball. Only this time it can enter rifts that place it in small levels designed similar to the original, these are nice little additions but we found its new grappling hook a bit hard to control. One of the only other features brought over from the original is one we wish they didn’t, the absolute ear grating low health sound.

While the dank alien tunnels of the original have been scrapped for a more rugged open terrain you still have some interesting tools at your disposal to get around. While actually having a climbing mechanic definitely helps you also have a new hacking ability that you can use on objects and even the robotic drones that swarm the land, with the right timing you can even turn them into allies. Of course you can’t just hack anything you want at first, this is helped with a brand new RPG style upgrade tree.

Axiom Verge was a game so well crafted, that it honestly didn’t need a sequel, while a lot has indeed changed it still at its core feels like the original. It goes without saying If you were a fan of the original or Metroidvania in general, you should definitely check it out.