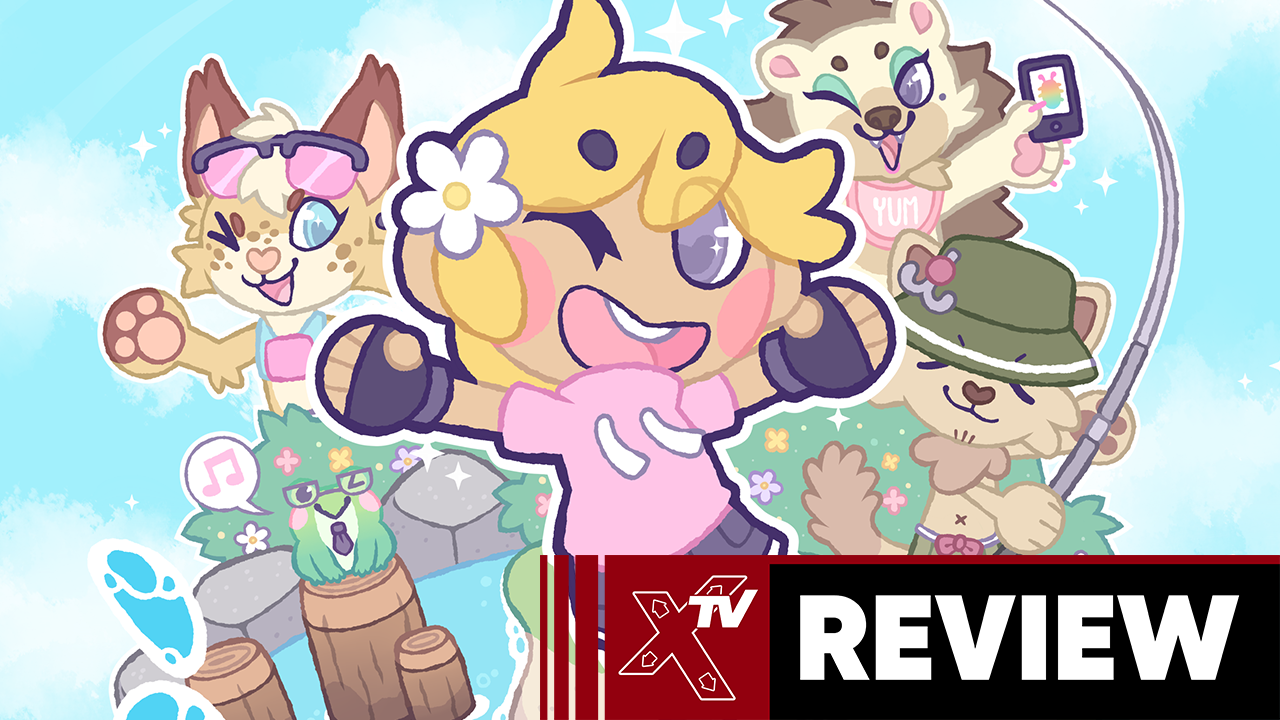 As someone who was a huge fan of A Hat in Time, I was intrigued when it’s developer Gears for Breakfast announced they were attaching themselves to this brand new project. Here Comes Niko, being developed by the appropriately titled FrogVibes, is an endearing yet incredibly confusing little game full of frogs, friendship and flying around on a fishing pole.

After running away from home, you have applied at Tadpole Inc as a professional friend which entails you going all over the place, helping out strangers, making them smile and getting paid to do it. Right off the bat you will notice that while the game is fully 3D, all characters are 2D sprites similar to how sprites operated in the Build and Doom engine years ago, while incredibly bizarre at first Niko controls very similar to Hat Kid in regards to her jumps and dives. But the way Niko can essentially jump up any structure almost feels broken, like I’ve encountered a cheat code. There are soda cans littered everywhere that you are supposed to use as cannons, but in most cases I just found myself being able to wall jump essentially everywhere.

The main crux of the game is to advance to the next area by earning coins, when you arrive in the first town you play a game of volleyball, plant some bulbs and help a man who has lost his fishing hook by jumping into the water. After unlocking the next area by the train you then earn more coins by playing volleyball, plant….and here is the crux of my issues with Niko. Despite the adorable and tranquil design of each world you wind up doing the exact same thing but in a different location, half way through the journey I was told that previous worlds had unlocked more activities, but then you just repeat those through the other worlds as well.

While it’s true that other collectathons have a sense of repetitiveness about them, especially Rareware titles like Banjo Kazooie, they at least give each world a real sense of personality and there isn’t much that separates each world in Niko. While most of the challenges are easy enough, others like rolling around in the giant Hamster Ball to collect Sunflower Seeds (just roll with it) are especially hard to control and I just end up falling into the ocean or rolling into the level’s invisible world and having to reset.

There isn’t much of a story with Here Comes Niko with the only real narrative found during the train rides between levels establishing the hostility that led to Niko running away from home, and honestly finding out the conclusion was really all that kept me going. But to be fair, even if the game can easily be finished in an afternoon it’s hard to ignore just how adorable and light hearted everything is. However in some levels we did find instances where parts of the level would just disappear, hopefully this will get patched out soon enough.

Here Comes Niko may be a short and sweet little title, but it lacks any real motivation to really keep going as you just keep doing essentially the same thing in different landscapes. If all you wanna do is collect bugs, play with cute animal friends and make very little money than you may as well keep playing Animal Crossing.