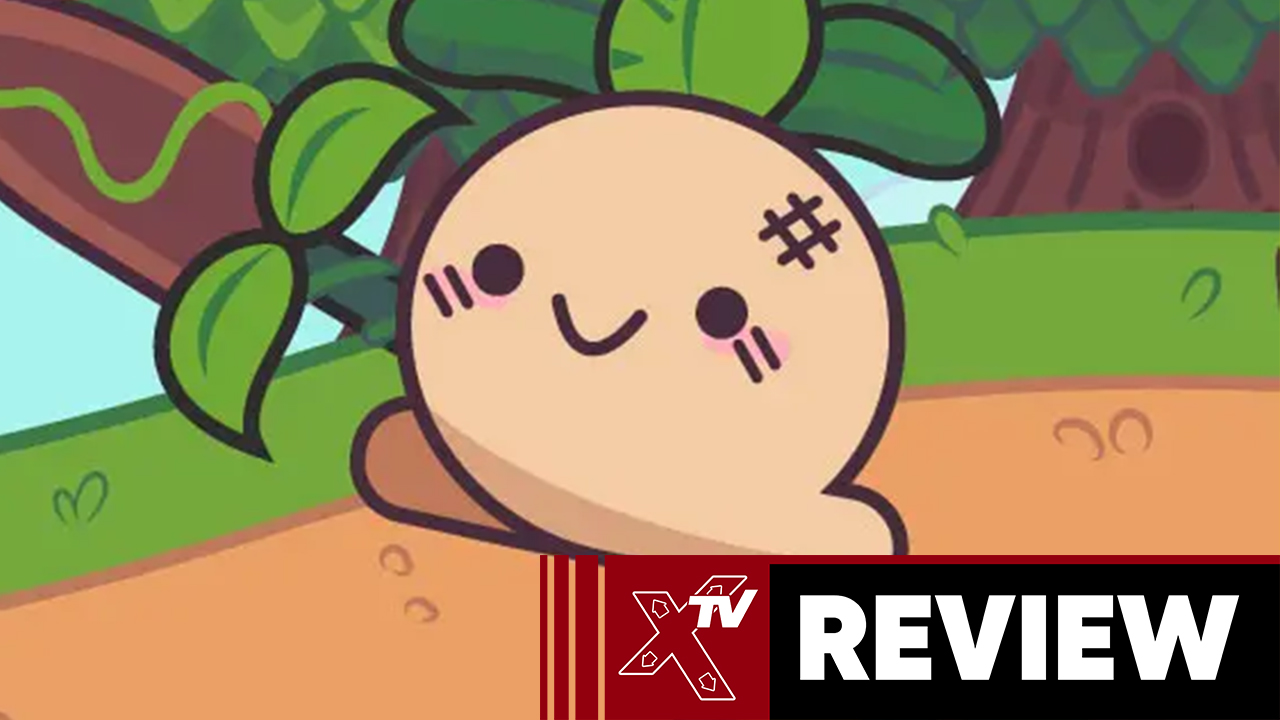 Picture this. Link lives in a capitalist hellhole where he must pay his taxes. Also he’s a vegetable and programmed by Gen Z.

Everyone, meet Turnip Boy. An adorable vegetable with stubby arms and legs, button eyes, and a permanent shit eating grin. He also happens to be a major douche! Not for the tax evasion part, he’s just a real piece of work. But you can’t get mad at him because of that smile.

Because he decided to commit tax evasion, Turnip Boy is now under the mercy of Mayor Onion. Spend the next 3-5 hours of your life embarking on his quest, lovingly inspired by the original Zelda games, where you “help” your “friends” and “improve” your “home”.

Turnip Boy hits the nail on the head on almost every front. The concept and art design is simple and charming. The cute graphics are deceiving as it’s definitely meant for older audiences. But we were surprised at how well executed this game is.

Turnip Boy is a fun character. We don’t know why he’s such a prick, he just is. He rips up love letters, commits bloody murder, and for some reason he hates taxes. And he does it all by just standing there… staring… smiling… like he has no other emotion while he gazes into your soul… He’s great and we love him because you can’t get mad at that adorable face!

Turnip Boy is surrounded by a cast of colorful misfits. From the neglectful babysitter to the veggies who deal in the black market. Then there’s Mayor Onion. Screw you Onion. NO ONE LIKES YOU ONION!

The gameplay in Turnip boy is very streamlined. As long as you pay attention and speak to the characters, you won’t have a problem finding where to go next. The games map is also pretty condensed in size, allowing for easy layout and travel for the player to memorize. It’s hard to get lost in this game unless you missed speaking with that one character with that one sidequest you just so happened to need. The combat and puzzles are also stupid simple. It’s hard to die in Turnip Boy. Heck, Turnip Boy is slightly more challenging if you’ve never played one of the classic Zelda games.

There isn’t a wide range of weapons you receive on your journey and by the end of the game you really are only using the first two you got, the watering can and your sword. The device that lets you make portals is really only vital for one section and in the end just ends up being annoying while quick cycling your items

If you know how to navigate though Zelda’s top down dungeons. Have a good grasp on how to use it’s classic items. And are handy with a sword that shoots straight out in front of you. You know how to play Turnip Boy.

Like many things, the devs were shameless with its inspiration. However, they somehow avoided Turnip Boy being a direct rip off of Zelda. While the gameplay is so simple that it may lack flavor to some players. It’s the personality of everything from its story to characters that really sets Turnip Boy apart

Also this game was written by Gen Z and you cannot change my mind. There’s Covid jokes, live streamer jokes. A shameless straightforward dry humor in Turnip Boy getting himself into this mess in the first place. And the JoJo reference was so obvious and blatant it was beautiful.

Yet, probably the most surprising aspect of this game wasn’t the adorable art and character design, shameless Zelda gameplay, or the love we have for this little prick. It was the music. The OST went really hard in some tracks. Many of these songs are bops that we couldn’t help but groove along too. Writer Ari is definitely on the lookout for this OST because it’s just as enjoyable as the game itself. Seriously, I love the track that plays in the abandoned building next to the carrot patch. And the looping was perfect!

All in all, Turnip Boy was Simple yet effective fun during the time we spent with it. If you don’t mind easy boss battles and non-challenging puzzles and gameplay. But would like a humorous game that knows what it is and is shameless about it. Then Turnip Boy is probably $12 and 4 hours of your life very well spent.