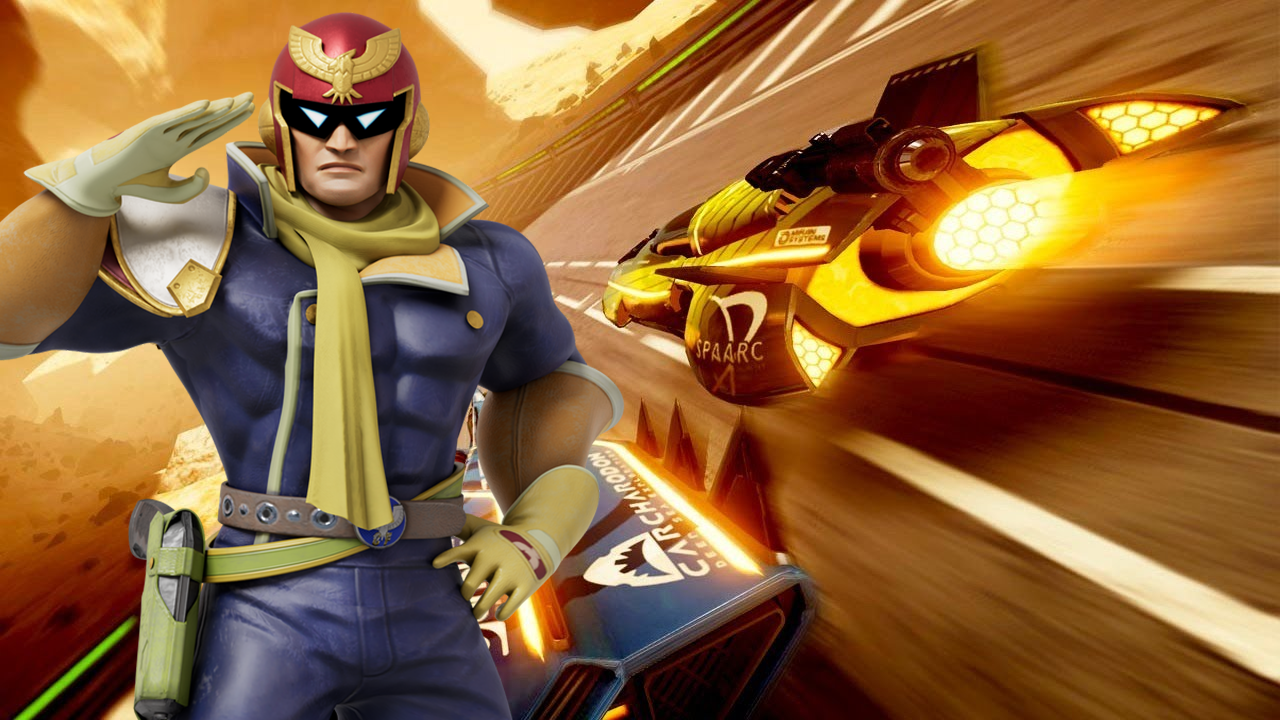 Every Direct sees it being predicted, and every time they are left disappointed. It has come to the point where every Nintendo presentation, from Indie World to Pokemon Presents, has someone scream its name. Where if Nintendo ever did announce a new game in the series, its fans wouldn’t know how to respond to it. What am I talking about, why Nintendo’s often forgotten futuristic racer, F-Zero and folks, it’s time we have a serious talk.

How did we get here?

F-Zero would be the first in a new crop of Nintendo properties launching with the brand new Super Nintendo; alongside Super Mario World and Pilotwings. In many ways F-Zero was used as a display of what the system could achieve. Namely Mode 7 on the SNES that allowed for backgrounds to be rotated and skewed achieving a faux 3D look. As well as the N64 sequel, F-Zero X showing off the system running at a smooth 60 frames a second.

While the main focus of the game was on its fast, futuristic vehicles, and death-defying tracks. Nintendo at least attempted to give the game some personality with the face of the game being Captain Falcon; who would eventually represent the series in Smash Bros.

The series has seen several titles over the years with a weird fondness for Japanese exclusive expansions. With the Satellaview receiving two sequels and even the N64DD getting a full-blown track editor. The last major release in the series was GX on the Gamecube. It was blistering fast and all the more difficult. Developed in conjunction with an Arcade version known as F-Zero AX which you could even share save data with. But of course, this was back in 2003 and so now I feel it’s time to get to the difficult part.

While F-Zero certainly has its fans, in regards to racing games made by Nintendo, it was never been seen as a major success. While its numbers have never been anything to sneer at, with the first title moving just under 3 million units, it has never been able to reach those sales since. Plus, the sad reality that it gets absolutely obliterated by the Mario Kart series. Even Diddy Kong Racing on the N64 almost sold as much as the F-Zero series has in its entirety (Diddy Kong Racing sold 4.88 Million on the N64, F-Zero has sold 5.81 Million in all). And, honestly, I can’t blame people for going for these options. Mario and Diddy offer colourful tracks, a large range of characters; and absolute mayhem with weapons, tricks, and even a story mode. F-Zero has racing and… that’s it.

It’s not like Nintendo hasn’t tried to expand the series. They’ve made attempts at a story mode in GX and a full blown anime series. But these attempts have really fallen flat with the story mode being incredibly hokey, and the anime…..was localised by 4Kids. “But,” the hardcore F-Zero fan will say. “F-Zero isn’t trying to be Mario Kart, it isn’t trying to be Diddy Kong Racing, it’s catering to a different audience entirely”

Well, what does that audience want?

When people say: “I want a new F-Zero!” What do they actually mean? What makes an F-Zero game? Fast cars, futuristic tracks, and blistering fast races. Miyamoto has stated before that they would need to do something new to make an F-Zero game again. While it’s easy enough to roll your eyes at that comment, it is admirable on some level. Making a sequel for the sake of a sequel is why we have so many interchangeable Call Of Duty titles. Assassin’s Creed has essentially boiled down to: “Assassin’s, but in {insert location here}.” The requirements for what makes an F-Zero game are so basic that the answer to your prayers already exists.

And it’s been on the Switch since Day 1.

Enter Shin’en Multimedia, a studio out of Munich who has seemingly taken over the reins of F-Zero without Nintendo even knowing. Releasing FAST Racing League on WiiWare back in 2011, they introduced a new light shifting mechanic similar to Ikaruga. One that allowed you to take advantage of boosts on the track. The game would be received fairly well, and a sequel was released on the Wii U.  Even more recently on the Switch, FAST RMX, dropped on the eShop as a launch title.

“But,” I hear the same fans start again. “Does it have Captain Falcon?” To which I respond “Does it even matter?” This is gonna sting, but it needs to be said.

Captain Falcon is irrelevant to F-Zero. I’m not saying Falcon is a bad character or that F-Zero doesn’t need him, what I’m saying is that he isn’t vital to the series.

Playing FAST RMX felt like I was playing GX all over again. Knowing Falcon was behind the wheel, or any of the other F-Zero characters that I can’t even remember, wouldn’t change my thoughts on the game one bit. While it’s unknown if Nintendo has even approached Shin’en on making a new F-Zero, it wouldn’t matter if they did? Nintendo itself hasn’t worked on an F-Zero directly since the N64. With the series being regulated to studios like NDCube, Amusement Visions, or Suzak. Along with rumours that Burnout developers Criterion were once approached to make one (they weren’t).

This is not to say that Nintendo is totally blameless here, they could very easily give F-Zero GX the HD re-release treatment, maybe even with some online multiplayer thrown in as well but that leads us to a whole new can of worms, because knowing Nintendo they will probably sell it at full price. Game Journalist, Emily Rogers recently tweeted out that Nintendo shouldn’t “overthink” a new F-Zero, well maybe the fans shouldn’t either with something like FAST RMX. A rose by any other name smells just as sweet and this rose sure smells a lot like F-Zero.