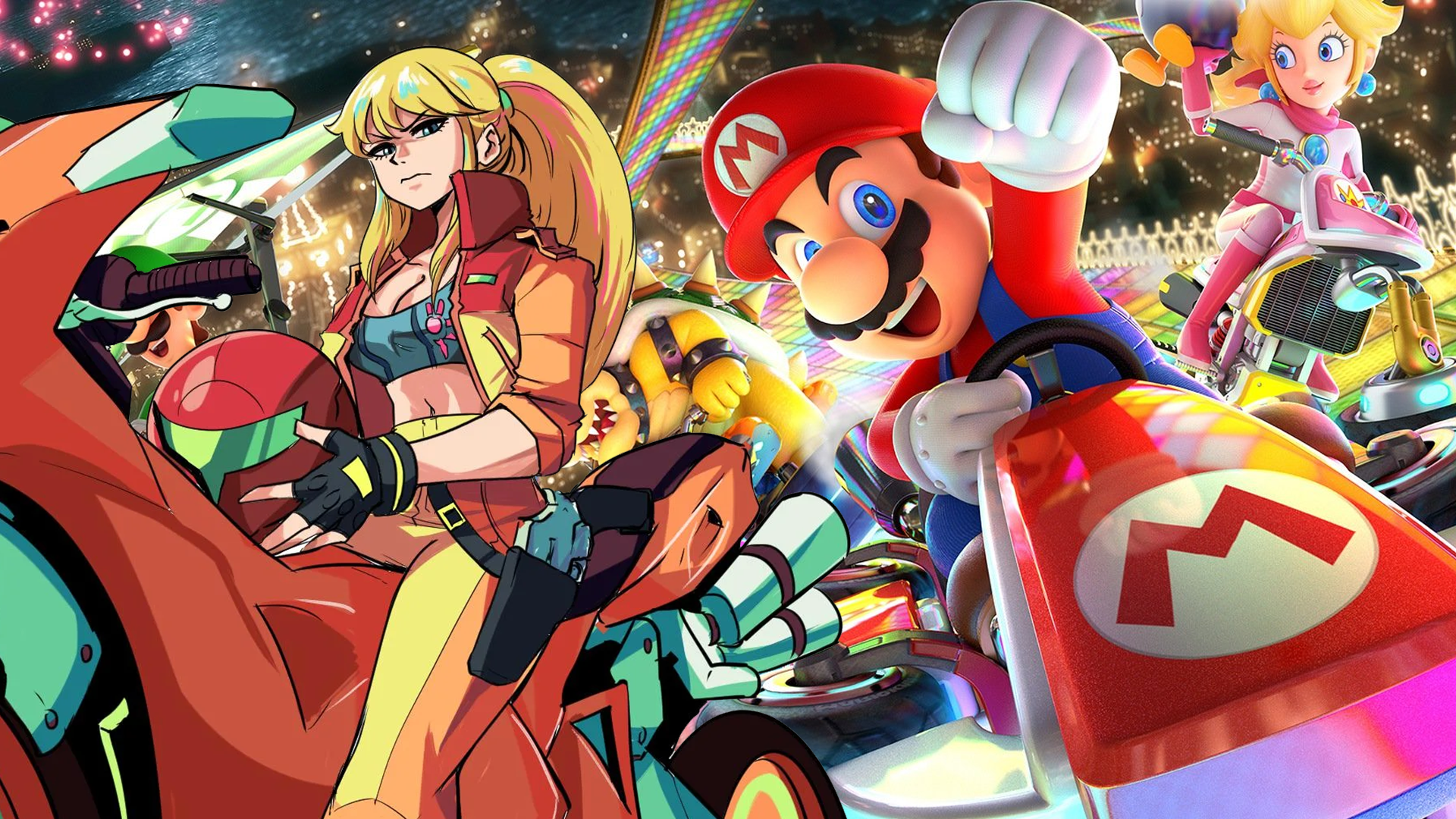 It’s crazy to think that this year marks the 30th anniversary of one of the greatest spinoffs in history, whether it’s the original in all its Mode7 glory, the 4 player Rainbow Road insanity on the N64 all the way up to the most recent release on Nintendo Switch, everyone who has played a game before has had at least one experience with Mario Kart. If there was a Venn diagram of every type of gamer, Mario Kart would be there in the middle.

So it makes sense with its anniversary that a new game in the series is reportedly in development, dubbed Mario Kart 9 it is suggested that this game will have a substantial twist and many people are speculating it’s what I’ve been suggesting for the longest time, that the Mario Kart name has run its course and it’s time to kick open, as we say in wrestling, “The Forbidden Door”

This really all started back in 2014 with the initial release of Mario Kart 8, if completely stealing Captain Falcon and F-Zeros anti-gravity shtick without even letting him be playable wasn’t bad enough, they instead brought Link and Isabelle in. In all seriousness, there was nothing wrong with that at all the Zelda and Animal Crossing tracks were amazing and it was great to see someone outside of the Mario and Donkey Kong series being playable.

This begs the question, who else should join Mario Kart and if so should the name even be called that anymore. Something a bit more open like Nintendo Grand Prix or Super Kart Bros could be considered. Just think of the possibilities if we adopted a more Smash Bros style roster, characters like Samus and even Captain Falcon finally being playable with whole tracks based off their games. We’ve actually seen this concept done quite recently with Sega’s attempt with the All Star Racing series which goes deep into the company’s history, even including a Burning Rangers track.

Now, I’m sure some people will be immensely against this change, pointing out that Link and Isabelle are enough outside characters and that the game should still predominantly be a Mario Kart game, and I would agree if Nintendo was still making other racers. Back in the day we had several racing franchises including Diddy Kong Racing, F-Zero and even the Excite series, even Kirby had gotten into the game with Air Ride, but those days are long gone. Even before Link was announced for DLC, Nintendo accidentally teased Kirby for Mario Kart by way of Rosalina’s Smash announcement by having him show up on Rainbow Road.

Turning Mario Kart into Nintendo Kart shouldn’t be seen as abandoning its roots if anything it will finally let the series remove any limitations it could possibly have. Sure it may just become Smash Bros for Kart racing but would that really be a big concern? Imagine having a track based on Persona? Or Street Fighter? Or hell, finally give us that Diddy Kong Racing reunion with a Banjo Kazooie track (as long as Nuts & Bolts stays far away from it).

But if you are that against Super Karting Bros or whatever, consider this, while Mario Kart 9 or whatever it turns out to be will undoubtedly be a surefire hit, it isn’t exactly vital at this time. Even 4 years after its release on Switch, Mario Kart 8 Deluxe is still selling like crazy. On both sides of the pond in both Europe and Japan, the racing game still makes it into the top 10 in sales every single week. So maybe instead Nintendo focuses on another racing game, bring back Diddy Kong Racing, create a new F-Zero and throw in Star Fox and Metroid for good measure, hell I’d take a new Excitebike at this rate.