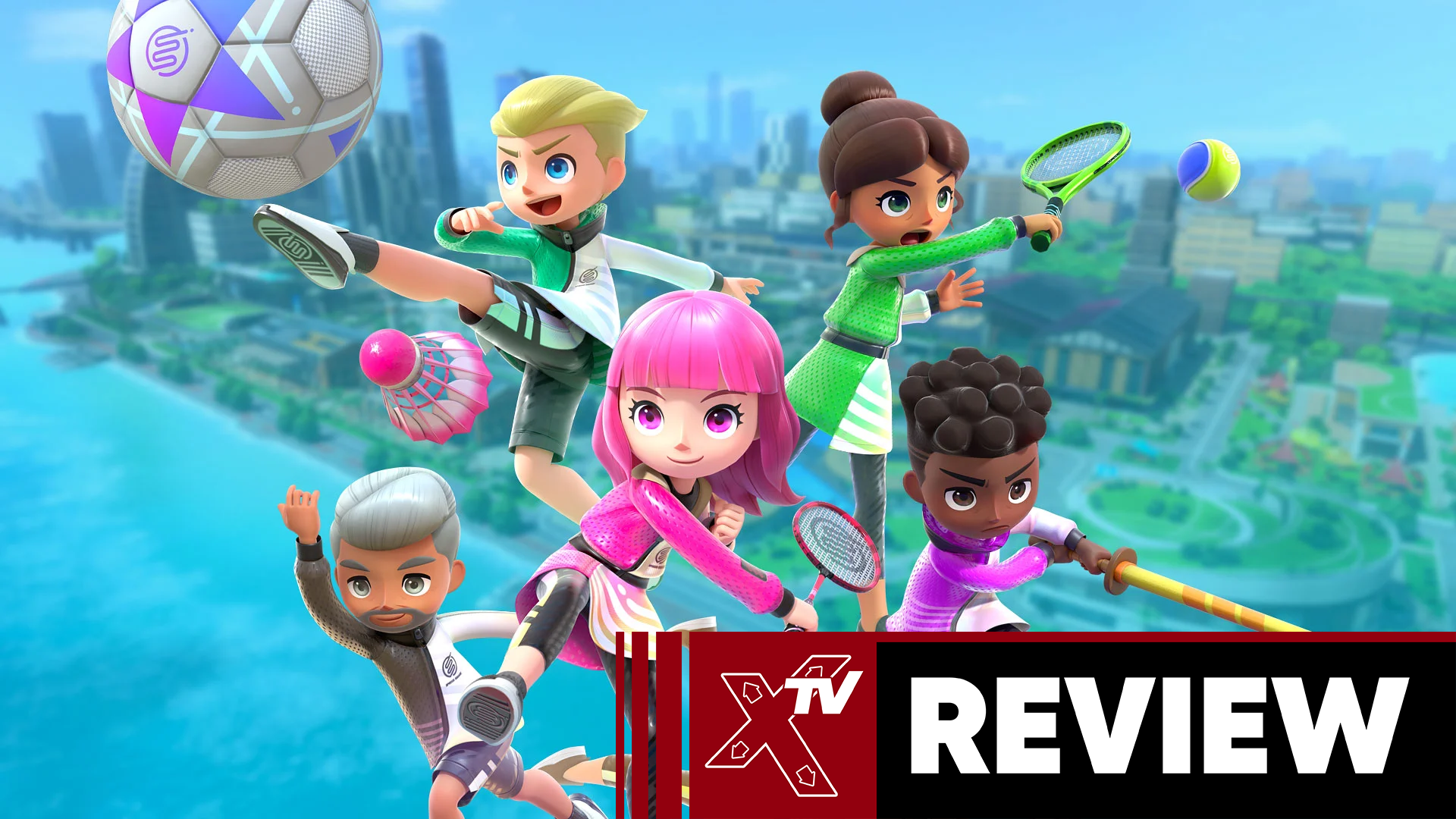 No one would have guessed back in 2006 that Wii Sports would have become the juggernaut that it did, with the Wii being in so many households, everyone from your little sister to your grandmother was picking up the remote and having a go at baseball and tennis. Soon enough the series would see sequels with varying levels of success including Wii Sports Resort and Wii Sports Club, which let’s be honest you forgot even existed until now.

This time around Nintendo is trying to branch out and turn the Sports range into something more than a waggle fest with Nintendo Switch Sports. Creating an entirely new sporting complex called Spocco Square where we are also introduced to a whole new range of avatars that I have dubbed “Yuu’s”

Anyway these new Yuu’s while looking particularly androgynous at the start have a much wider range of accessories at their disposal, unfortunately, most have to be unlocked so I just stuck with my classic Mii, whose skin for some reason looks like he’s suffering from Liver Failure.

You have six sports to choose from, or let’s be honest here 5 as tennis and badminton are basically the same thing. With me starting off with one of my favorite games on the Wii, Bowling. While everyone was upset about the lack of that Easter egg when you throw the ball behind you the overall gameplay felt on par with the original, I’ll be a bit more sensitive with the direction of your roll. Tennis and Badminton while trying to be more accurate with the JoyCons really just end up being who can fling their arms in the right direction the most. Chambara or Sword Fighting, let’s be honest, is the exact opposite though as flailing like you did in Resort will see you ending up in the water, it’s honestly a game of patience over who strikes first and if they manage to hit in the correct angle to parry the block.

Football on the other hand seems to be a real mixed bag, you kick a giant ball around and aim it at huge goals. So basically Rocket League without the cars and that’s the biggest issue. The overall flow of the game feels incredibly dull with a dash ability that drains super fast. A lot could be done to fix this one, like adding something similar to those energy pods in League to give yourself a quick burst of energy or maybe help you jump higher.

All the other sports though are miles ahead of Volleyball, the entire game just feels incredibly awkward and I couldn’t get into any sort of flow whatsoever. Whether it was serving, blocking or even spiking I couldn’t get the timing properly and the game patronizing me everytime and the movements just not feeling right at all. This spot should have been taken up by something like basketball instead.

While the original game was all about getting the family together to play in the same room, Switch Sports main focus is all about the online as the games CPU leaves a lot to be desired, performance so far has been fine much like all other first party games lately. The stand out, once again has to be bowling which puts you into a 16 player survival round with the other games just being about playing against other people. This is also where you unlock items for your Yuu’s, after scoring 100 points you get a random selection from the packs open at the moment, this surely means we will have limited time packs available in the future and that honestly is my biggest issue with the game, the lack of content on Day 1.

Honestly, having only six games with 3 of them being back and forth over a net isn’t good enough, no baseball, no boxing, no basketball and worst of all no golf. Yes, we know Nintendo is going to be bringing It in a future update, but this habit of them releasing a game only to deliver all the content later in free updates is something they should quit quick smart. Spocco Square itself is just begging to have a Free Roam option similar to what is in Splatoon but alas what we have here feels incredibly barebones.

Wii Sports was released to showcase what the hardware was capable of. Switch Sports while looking a million times better with more intricate controls just ended up like a gymnast who completed a triple backflip only to botch the ending. It doesn’t help that the Joy Cons are a fraction of the size of the WiiMotes which makes handling them, especially with hands like mine for any length of time a real chore. I would very like to see Switch Sports expand and be the best iteration of the series but at this time there just isn’t enough to go on

PROS
Spocco Square is brilliantly detailed
Joy Cons respond properly with yoyr movements
Online Bowling is surprisingly addictive
CONS
Spocco is just begging for a Free Roam, I want to go to the coffee shop!
Only just one arena for each sport, no variety at all
Some of the sports like Volleyball and Football feel off and slow
More content like Golf having to wiat in the wing for future updates
7