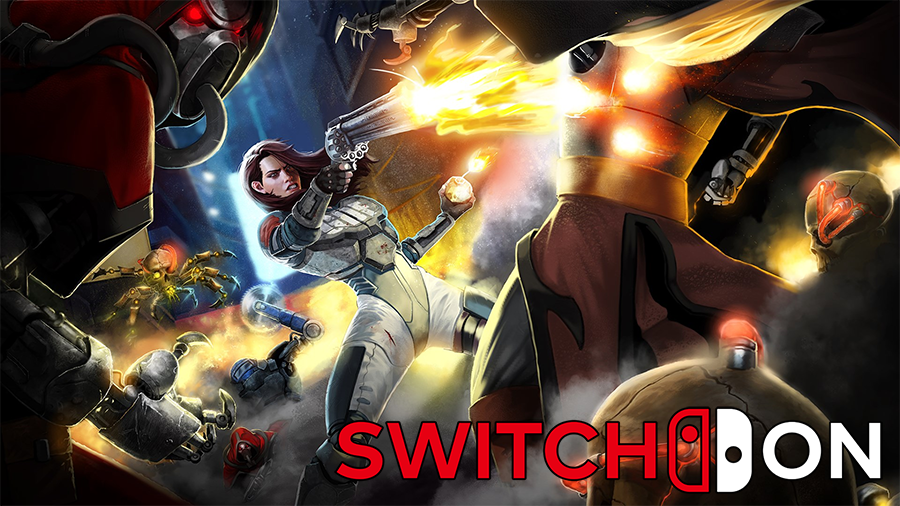 Welcome to a brand new section here on UnboxedTV, you may remember a few weeks ago where we counted the Top 10 Switch Ports that for all intense and purpose, should never have existed on the system. But the simple truth is, Switch is the first Nintendo platform in decades to finally get releases alongside its big brother platforms. But whether it be handed off to a smaller studio or delayed for months, Switch ports can sometimes come out differently. Switch On isn’t exactly a review but more like an observation and comparison.

Which leads us to our first game, Ion Fury.

You’d be surprised to know that 3D Realms is actually still around, while the development staff were given the sack back in 2009 for spending all their money on Duke Nukem Forever, the company saw a major reconstruction that saw them become a publisher and a buyout that had them relocate to Denmark. One of the first games they published was Bombshell, a top down shooter created by Interceptor Entertainment that was really only memorable for its main character, Shelly Harrison, a member of the GDF an organization familiar to most Duke fans.

But since then 3D Realms has gone on almost a Redemption phase of sorts, seeking out modders and utilising old engines, funnily enough the engines that DNF was supposed to be running on all those years ago, and use them to their full potential. They are publishing Wrath: Aeon of Ruin set for release next year which is running on the original Quake Engine, and our subject for today, Ion Fury is running on the trusted Build Engine that ran Duke 3D.

Ion Fury is actually a prequel to Bombshell and its running on a modern version of Duke 3D’s source code, dubbed eDuke32. Now the game did release last year and we even gave it a nod during the Honourable Mentions in our end of year list. But what we were really excited for was the upcoming console ports that finally saw release this May, with a physical release available from 3D Realm’s website. Now if you know me, you know I love getting my hands on a physical copy of my Switch games whether it be Limited Run or any of the other providers, I will usually hold our or even double dip to get it on my shelf. So after what felt like months waiting for it to deliver, we finally got Ion Fury in our grubby little hands.

The Build engine wasn’t exactly made for consoles, much less ones 20 years after it was created. So many modern adjustments had to be made to get the game working properly. But before we talk about Ion Fury, we need to discuss the other Build Engine game that arrived on Switch. Duke Nukem 3D: 20th Anniversary World Tour was originally released in 2016, which introduced us to many new features like aim assist, rewind and graphical enhancements so the game actually looked 3D instead of looking up giving you a migraine.

I bring this up because, in comparison, Ion Fury’s Switch port is incredible lacklustre in several of these areas. Aim Assist is a serious need in Build games as they were picky when it came to actually shooting enemies. Mouse and Keyboard will always be more precise to controllers, so Aim Assist allows you to strafe and shoot like you usually would without trying to get the reticle dead on. Duke 3D’s Aim Assist handles really smoothly with enough leeway so playing the game doesn’t feel like a cakewalk or an agonizing slog.

Ion Fury on the other hand still feels like a certain level of precision is necessary with the game barely registering any shots that are not dead on, even with Aim Assist on. When we first played the game on PC last year, the game didn’t even support controllers at that point, so we had to use Mouse and Keyboard and even then the Aiming felt more accurate. The game also lacks any rewind feature whatsoever, now this may be a personal preference but the rewind feature was a great addition compared to just quick saving and loading all over the place. It’s even weirder when and this may just be me personally, it feels like we’re missing a difficulty level. Playing the game on normal difficulty I found enemies could just take huge chunks of health in a matter of moments, but on Easy damage is a lot more tolerable but they also halved the number of enemies per level.

On the other hand however, Graphically is where the game really shines, it truly looks like the best Build game ever made. Even the enhancements in Duke 3D World Tour don’t compare to the explosions and lighting effects in Ion Fury. But all this comes with a price on the Switch as the game is locked at 30fps, but in a bizarre twist locked behind the Konami Code of all things, you can unlock the game at 60fps, of course, that comes with a cost as the game will slow down in some of the more intense moments.

Controls for the part-work fine, but in a genuinely frustrating move you are unable to map the controls and are restricted to two layouts that really don’t offer much. Choosing your weapons should at the very least be on the shoulder buttons rather than the D-Pad, but the weirdest part is your pistol fires quicker by rapidly pressing the trigger instead of just holding the button down.

But despite some technical and graphical setbacks, I had a lot of fun with Ion Fury on the Switch. The range of weapons is wide and varied, I’ll be a bit generic with the exception of the Bowling Bombs that explode on impact and Shelly just sounds like an absolute badass, the kind of women who will start the day blowing the heads off robot soldiers and a mad scientist played by Jon St John (Because of course he would) and finish with a cold beer, that’s a good game in my books.