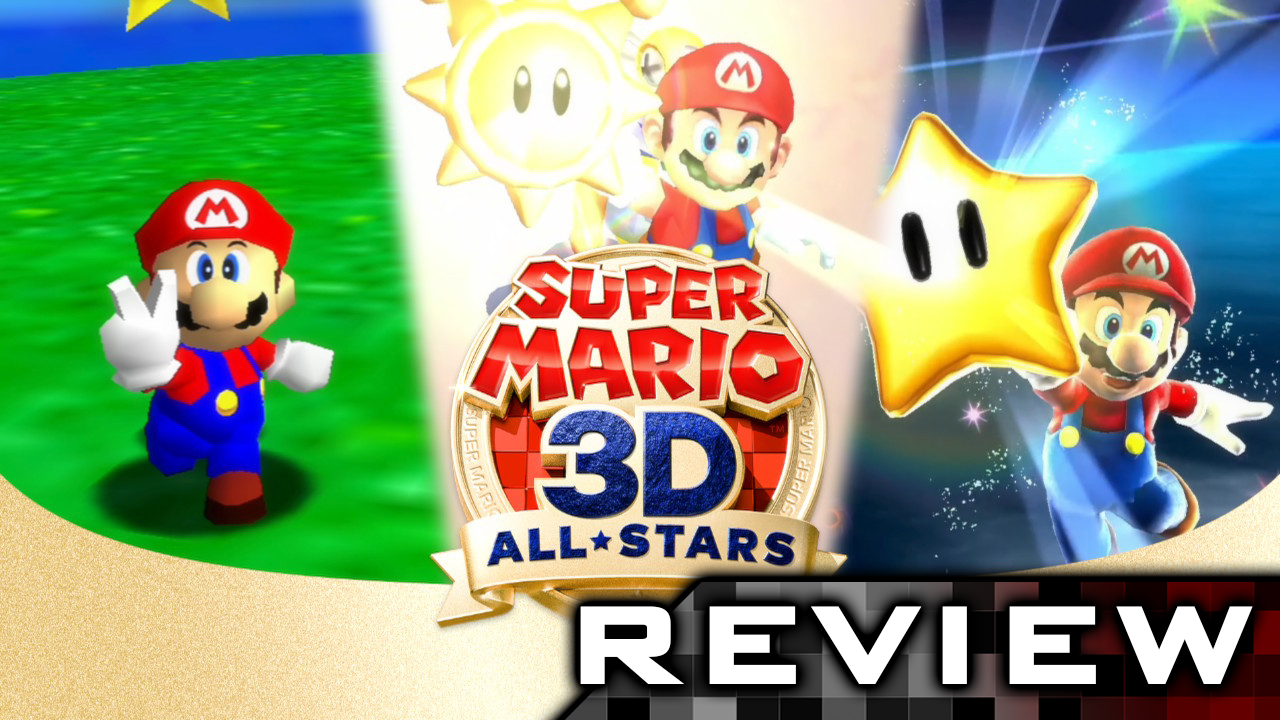 To celebrate Mario’s 35th Anniversary Nintendo has released a brand new All Stars Compilation, and unlike their 25th Anniversary it isn’t just slapping the SNES game onto a disc. The brand new 3D All Stars contains three of the biggest 3S Mario titles in Super Mario 64, Super Mario Sunshine and the original Super Mario Galaxy. As some who grew up the original two games and thoroughly enjoyed Galaxy, I would be kidding myself if I wasn’t going to get this.

One of the first things you should know about this compilation is that these games are straight up ROMs. There has been nothing added outside of HD enhancements, no Luigi in 64, no Noki Bay book in Sunshine and you don’t get to meet those shadow creatures in Galaxy. What you see is what you get and what you are getting is three of the best games ever made for the price of one.

Starting off with Super Mario 64, while the game doesn’t appear in widescreen it is still one of the best looking N64 games I have played on a modern console. It’s clear it has gone through a lot of polish with 2d elements like the on-screen icons and text being swapped out for higher quality ones and even some of the 3D models updated aswell. Anyone who played the N64 back in the day will remember just how crazy the controller was with its design, but strangely enough, it really is the one true way to play this game. Playing it with a Gamecube controller on the Wii or a 360 Controller on an Emulator just doesn’t have the same feel and even here with the Pro Controller, this is going to sound crazy but it just feels too….good? It’s weird playing Mario 64 with such a precise controller that had me misjudge my jumps and end up flying off the map. While Mario 64 was absolutely revolutionary back in 1996, its no denying that wow factor has certainly faded away, that being said the game is still very much playable almost 25 years later, which is more than I can say for most of the N64 library.

Next up we have Sunshine and this is probably the one that benefits the most from this upgrade with its new widescreen aspect ratio and while I’m sure we will have some smartasses point out that they have had this version for years thanks to Dolphin, no amount of patches and hacks to the Gamecube version will be able to compare to what is here. (Also, I hate you). The game, for the most part, plays exactly the same as the original with one glaring difference, as you are probably all aware the Switch controllers have digital triggers, compared to the GameCube that had big squishy ones where you could press to move and spray or click down to stand in place and spray in all directions. Because the Switch triggers are either pressed or not with no inbetween, the two spray methods are split between the two right trigger buttons. It does get a bit of getting used too, especially if you played the original back in the day and just out of curiosity I plugged in my GameCube controller via the Wii U adapter but alas, while it does technically work, hold and spray is mapped to the Z Button, and admit it you almost forgot the GameCube had a Z Button.

Galaxy however is the real mixed bag of the collection, graphically it runs at the highest with 1080p and 60fps but, and this may sound crazy, I truly believe Sunshine looks better than Galaxy. It may be because Sunshine has an actual world that is brimming with detail and life while Galaxy is mainly just planets floating in space, but I always found the detail lacking in some aspects. But the bigger issue is one I fear that is going to affect many Wii Games that relied on the Pointer and Motion Controls if they ever get ported, you are able to use the Joycons like you would the Wiimote and Nunchuck, The built-in gyros are a definite improvement to the Sensor bar even being able to centre the pointer with the push of a button. But playing with the Pro Controller, you are able to perform your spin attack by either pushing Y or flicking the controller and let it just be known that flicking a Pro Controller can get quite awkward, if that wasn’t bad enough they even use the tilt mechanisms to guide the pointer. In the case of Galaxy, I honestly had more fun playing it how it was meant to be played with the Joycons.

It may sound like I’m harping on the controls a lot but that’s really because there isn’t much more to say about these games that hasn’t already been said a million times over. Mario 64, Sunshine & Galaxy are without a doubt some of the greatest games ever released and this compilation has brought back many childhood memories, including my own. Ignoring the issues with Galaxy 2 and the limited time availability, this collection is still the best way to play these games.

PROS
Three of the best Mario games of all time on one cartridge
Sunshine and Galaxy look amazing in 1080p Widescreen
CONS
Outside of the soundtracks, there isn't much in the way of new content
A slight "culture shock" playing these games with different controllers
9