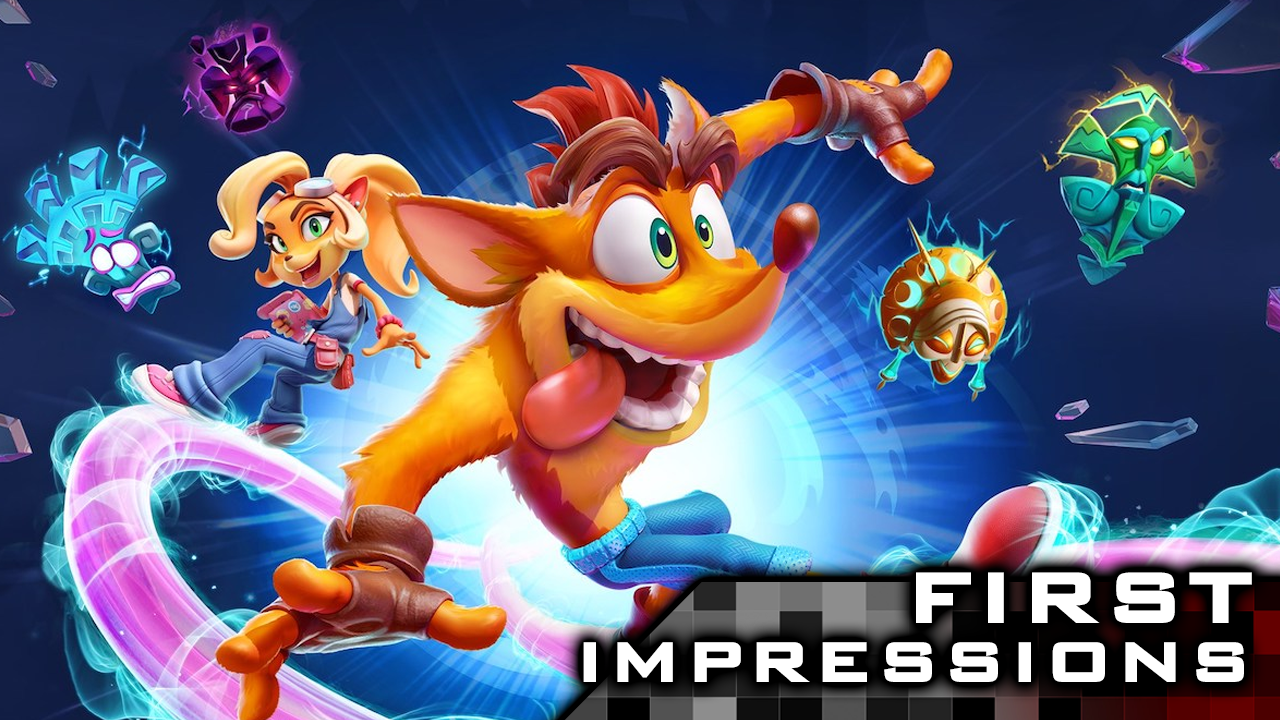 Waking up this morning I was surprised to find a key for the brand new Crash Bandicoot 4: It’s About Time Demo in my Inbox. This brand new Crash title essentially retcons every game that was made after Warped and after playing titles like Wrath of Cortex and Mind over Mutant, I say good riddance to them all. But is this new sequel, being handled by Spyro Reignited’s developer Toys for Bob, a true follow up to the original trilogy, the Demo contained 3 (or rather 2 and a half) levels from the game, so here is our experience with them.

….annnd we are off to a shaky start, honestly ice levels aren’t fun most of the time anyway but this is the iciest Ice level I have ever played, Crash feels like he has no control whatsoever so I ended up misjudging my timing and falling off things. One of the key new features in this game is brand new masks that unlock specials powers. In this level, it’s a mask that can slow down time for a few moments. It’s great for parts like running on falling platforms or avoiding hazardous boxes, but with boxes that appear for a few seconds that can end up quite frustrating, especially in the bonus level. I understand the appeal of being able to run over Nitro boxes unscathed, but coupled with the Ice floor that is seemingly covered in lube it is the furthest thing from enjoyable.

Thankfully Crash 4 hs also gotten rid of the concept of lives, in the Modern playstyle at least instead the game just shows a death counter to remind you just how much you suck in every level. We also have a brand new beacon when you jump that highlights where you will actually land which at least can help with the moving ice platforms.

A modern take on the classic Indiana Jones style level, Dino Dash introduces us to another one of the masks with this one being able to switch dimensions. However when I first received the powers I was immediately made to go on a zip line, unaware of home to hang from it to get the boxes underneath. This is one of my biggest concerns with this whole demo, the game basically refuses to tell you anything. I’m not asking for tips every 5 steps, but when I get a new power of mechanic for the first time the very least you can tell me what to do with it.

The rest of the level is simple enough especially the parts getting chased by the T-Rex, with the exception of this one section involving sliding platforms and lava where it required accurate slide jumps but half the time I found myself ending up in the boiling lava.

Another major feature of Crash 4 is the fact you’ll be playing as multiple characters including Neo Cortex. Cortex can’t double jump but instead has a dash move and a laser gun that can turn enemies into platforms. But once again, the game fails to mention any of this so I spent the first few minutes missing impossible jumps. Neo’s level is actually set during Snow Way Out and half way through it just cuts back to Crash.

Crash 4 definitely plays like the original games but with some brand new additions, but I honestly don’t feel they picked the right levels to showcase that in this demo. The game definitely seems to have a similar difficulty curve to the N-Sane Trilogy from a few years back, something that may deter some players if they got frustrated with levels like the Bridge. But I do have to give the game praise for how well it looks because this is an original game rather than a remake the levels are meticulously detailed. It’s frustrating, but its the sort of frustrating that reminds me of how much I loved these games way back when.