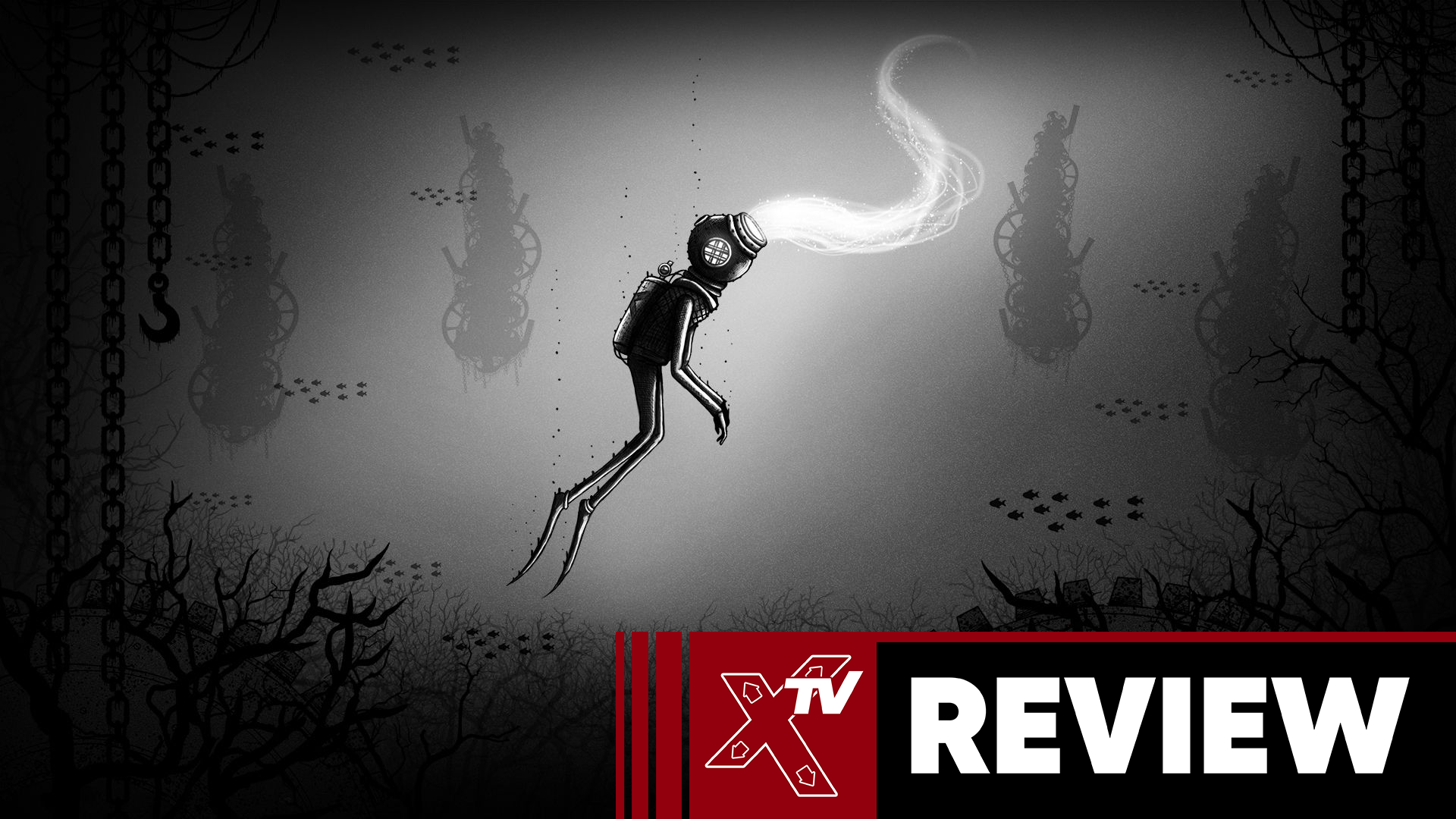 When Limbo was released back in 2010 what it was able to achieve with just a few shades of grey was truly remarkable, not knowing what was hidden in the shadows really took your breath away, now take that concept, fill it with the water till your leagues Under the sea and you basically have Silt, and don’t worry about your breath being taken away, you won’t have any this time.

You play an imprisoned deep-sea diver who has the bizarre ability to possess the sea creatures around him, you emit a bright light from your helmet and then have full control over that creature and it’s abilities, you’ll come across some super helpful ones straight away like the piranhas biting through obstacles, the tiny schools of fish fitting through tight spaces and the hammerhead to break through hard objects.

Being set deep underwater you will encounter some grim marine life, the hand drawn artwork and somber music really helps heighten the claustrophobic feel of it all. Soon enough it becomes apparent you are not just deep sea diving in our ocean but have stumbled into a bizarre alternative world inhabited by creatures and bizarre constructs on your journey. As you go further you will encounter new fish to inhabit but with the game really not offering much in the way of hand holding I found myself getting to the solution of a few of the puzzles completely by accident.

Apparently, you have to control the small pool of fish, have them swim through this black bubbling ooze and let yourself be eaten by the Venus fly trap like creature. We also have this unfortunate issue of one-hit death and having to restart an entire section all over again and there is no way to skip cutscenes. There seems to be some issue with the controls as well as some inputs can prove finicky, you need to hold down to possess and a quick tap of the same button to release but it will sometimes register as the latter when you meant to hold ruining your progress. Later on in the game you have to guide stingrays who have the ability to jump forward, even through walls, through a tunnel with creatures that lurch up and eat you but the move can end up being temperamental and refuse to work half the time.

While the designs are not grotesquely scary, the music alongside the contrasting light and camera zoom makes even a journey through a simple tunnel seem terrifying over what can be crawling just beyond your field of vision. While there is some serious potential with Silt and the atmosphere is top-notch, especially when playing in a dark room with a good pair of headphones, I can’t ignore frustrating segments involving cheap deaths like the orbs that explode if you so much as look at them funny or the hit or miss attempts to problem solving especially with the boss battles. While the frustration can be contrasted by the game’s short play length don’t be surprised if by the end it feels like it’s gasping for air.