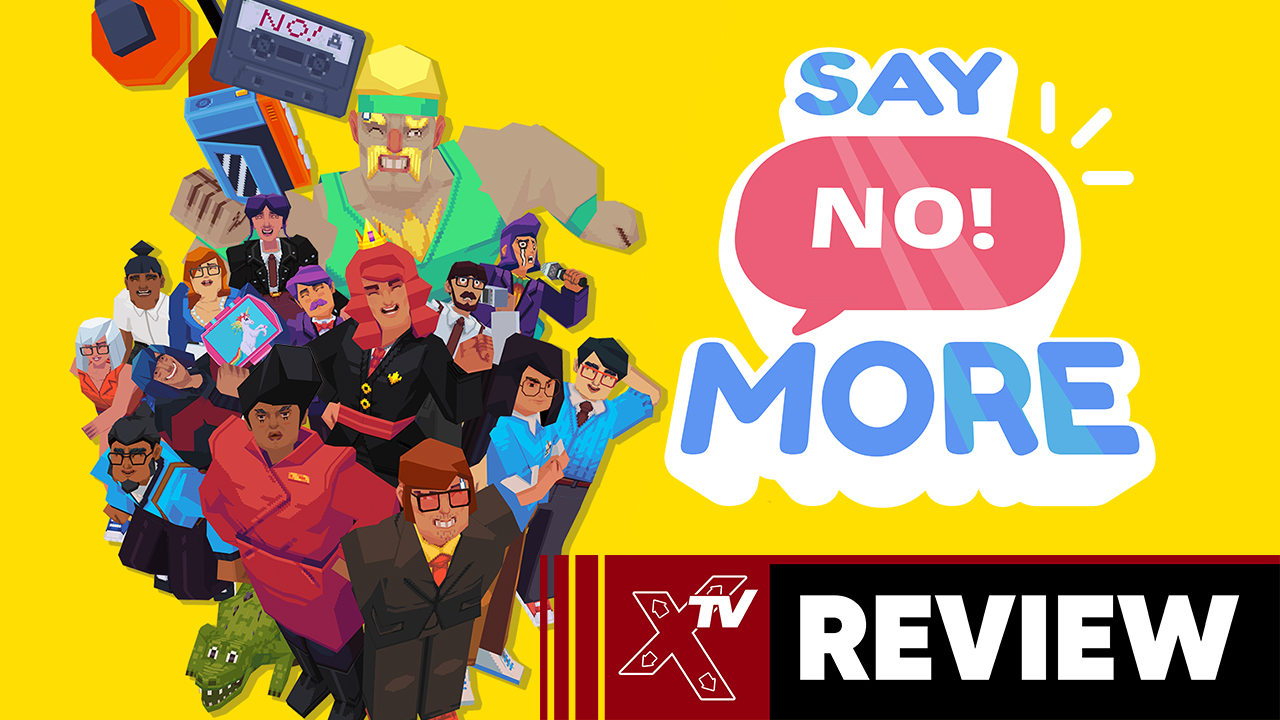 Usually, when we sit down with a game, we will take note of the gameplay, the story and other core aspects. But when it comes to something like “Say No! More” it’s almost impossible to define what it is. There are no stats to upgrade, no strategies to master and no divergent paths to go on, it almost feels like a parody of games like Divekick or that Bulletstorm parody, Duty Calls or even a narrative on human nature like in Dude Stop.

Say No More puts you in the shoes of a fresh faced intern starting their new job in a giant business, the style is that 32-Bit PS1 style that all Indie studios are going for these days. Like a lot of people in their first job, you are maligned, bullied and basically made to do whatever someone else asks of you, infact the use of the word “No” is strictly prohibited, even if it wasn’t all the button prompts just have you going “Ummm” or “Errrr” like you want to say something but lack the confidence, even when your pretty pink unicorn lunchbox has been taken by your boss

That is until a Walkman falls from your office airduct and your eardrums are filled with one of the most 80’s styled motivational speaker ever who bestows in you the power of a good NO! You then storm through the office and whoever gets in your way with a stupid demand like fixing the copier or getting more coffee is met with a NO so powerful it knocks them off their feet.

You would think that would be it, a 5-10 minute romp saying NO throughout an office as you chase your supervisor over a lunchbox. But no, throughout the several chapters you obtain new powers like delivering No’s Coldly or Lazily and even secondary moves like laughing or sarcastically thinking before delivering a charged NO.

The thing is, everything here is really just optional outside of a few set pieces the entire game can be played with just one button press, but having a game that can be played by a Drinking Bird Statue overlooks the real message of this game, that it’s ok to say “No”.

Say No More paints a much bigger picture about the stress and hazards involved with the workplace, issues like burnout and the pressure to keep saying Yes to everything, while saying no to this extent will probably see you not being employed for long, it is still healthy to say it every now and again, to put yourself first, to not be afraid to act yourself.

Say No More will last you an hour or so and while it feels like you are just going along for the ride with this nameless intern, the writing and characters you meet along the way are an absolute hoot, especially the higher-ups like the President and CEO, everyone is so overexaggerated, like that episode of Rugrats where Tommy and Chuckie imagine their adults.

Some games just defy review, and I feel Say No More is one of them, which just makes our score all that more suitable.