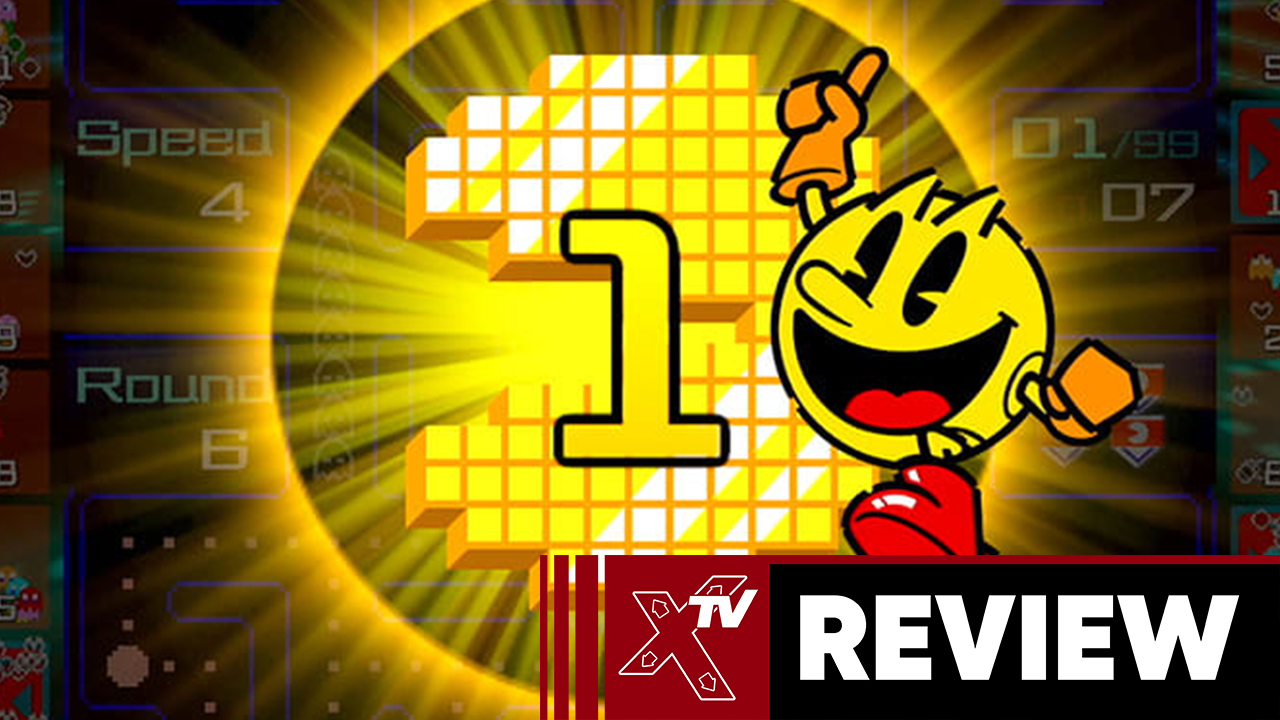 Growing up I was never a fan of Tetris. It wasn’t because of the minimalist yet timeless and effective gameplay. Nor the fact that I was used to playing Space Invaders and my dad’s PS2. I guess it was because I was just a dumb six-year-old.

But a timeless video game that I adored as a kid was PacMan. My parents ruined me when turning me into the giant nerd I am today, and PacMan was a part of it. I would play the arcade cabinets at local coney islands and skating rinks. I still have the Namco Museum games on PS1 and 2. Spent hours playing PacMan World 2. And even today when I’m dragged to a Dave And Busters, non-Americans don’t ask, I always go for the modern and classic PacMan games.

PacMan is now a timeless character and game. That can be done oh so right (PacMan World 2) and very wrong (the PacMan cartoons). It’s safe to say that like other legendary characters and games, he may never go away. So when I say I literally almost screamed like a Sayan when PacMan 99 was announced and dropped on the same day… well… you’ll just have to take my word for it.

And after managing to kick my Animal Crossing addiction to the crub to play a few rounds I can easily say, this game is great*. With an asterisk.

I’ve never been a fan of battle royals but I enjoyed Tetris 99 as much as the next girl. I played a few rounds, overcame the learning curb, had my fun, and put it down in a week. Tetrist 99 wasn’t and still isn’t my game.

I know that Tetris 99 is still going strong with a major fanbase. And I remember all too well that it was this site’s game of the year when it came out. I’m glad that there’s such strong emotions for Tetris 99. I’m also super excited that the devs of the game struck gold in taking something as simply as Tetris, adding some just as simple gameplay mechanics, and creating one of the best modern Tetris games the world has ever seen in years.

Let’s cut to the chase. PacMan 99 is just like Tetris 99 in gameplay and execution, just with PacMan. In other words, it’s great. Mechanically it’s the same game. You’re going against 98 complete strangers from around the world. Each of you competing to be the last one standing. While you’re trying to clear the board, other players will hinder you until you’re caught by the classic Ghost.

The shadow pacmans on the board are there to slow you down. If you run into them, your speed is decreased, increasing the chances of the Ghost getting to you. You’re screwed if you’re trapped between these guys while the Ghost are chasing you and the Power pellet seems so far away. Often, in classic PacMan, you lose when you have no choice. Trapped between a rock and hard place while the AI of the Ghost catches up to you.

I like to think of the Shadow PacMans as a reverse Uno card of sorts. While you collect the Ghost characters on the left and right of the board, and consume them in a bloody rampage upon attaining a power pellet. Hitting other players and knocking them out of the game. The Shadow PacMans are the revenge of the other players who survived your attack.

Seasoned Tetris 99 players can probably see the comparison here. Everytime you win by clearing the board, someone loses. But also everytime you win, someone survives just to stab you in the back. Unlike Tetris 99, where the board is constantly refilling from the falling pieces. PacMan 99’s board refills itself periodically. Either during or after the consumption of the pellets. The auto-refills isn’t a gameplay drawback or achilles heel, because it isn’t about who can consume the most pellets, it’s about avoiding everything else on the board that threatens your chances of winning.

It’s also probably safe to say that seasoned PacMan players will have more of an edge over newcomers. I really want to play this game with my parents because I know they’ll love it as much as I do and will kill it. While I wasn’t as good in Tetris 99, I kept making it pretty far in PacMan out of lifelong skill and nostalgia.

But it’s also probably safe to say that between Akira’s battle royales, if you don’t like one you may like the other, or neither. I don’t expect everyone to like PacMan 99 as much as I do. Just like how I don’t expect to keep playing Tetris 99. And that’s fair. Both are free, both are fundamentally the exact same, both are great. And because of those reasons there’s a wonderful trade-off between the players. Don’t like one, delete it. Don’t like both, get rid of them and play something you will like. Hopefully, the only thing you paid for was $20 minutes of your life.

I want to keep having fun with Pac-Man 99. I say “want” and not “going to” because I’m still stuck in Animal Crossing and I’m never going to leave.

All in all, while PacMan 99 is not fundamentally different from its older brother, I still found it to be a blast. And I highly recommend trying it to see how you like it. I really don’t think I’ll never return to Tetris 99 after this because when I play this game, it’s my time to shine.

PROS
A new spin on a retro classic
CONS
7