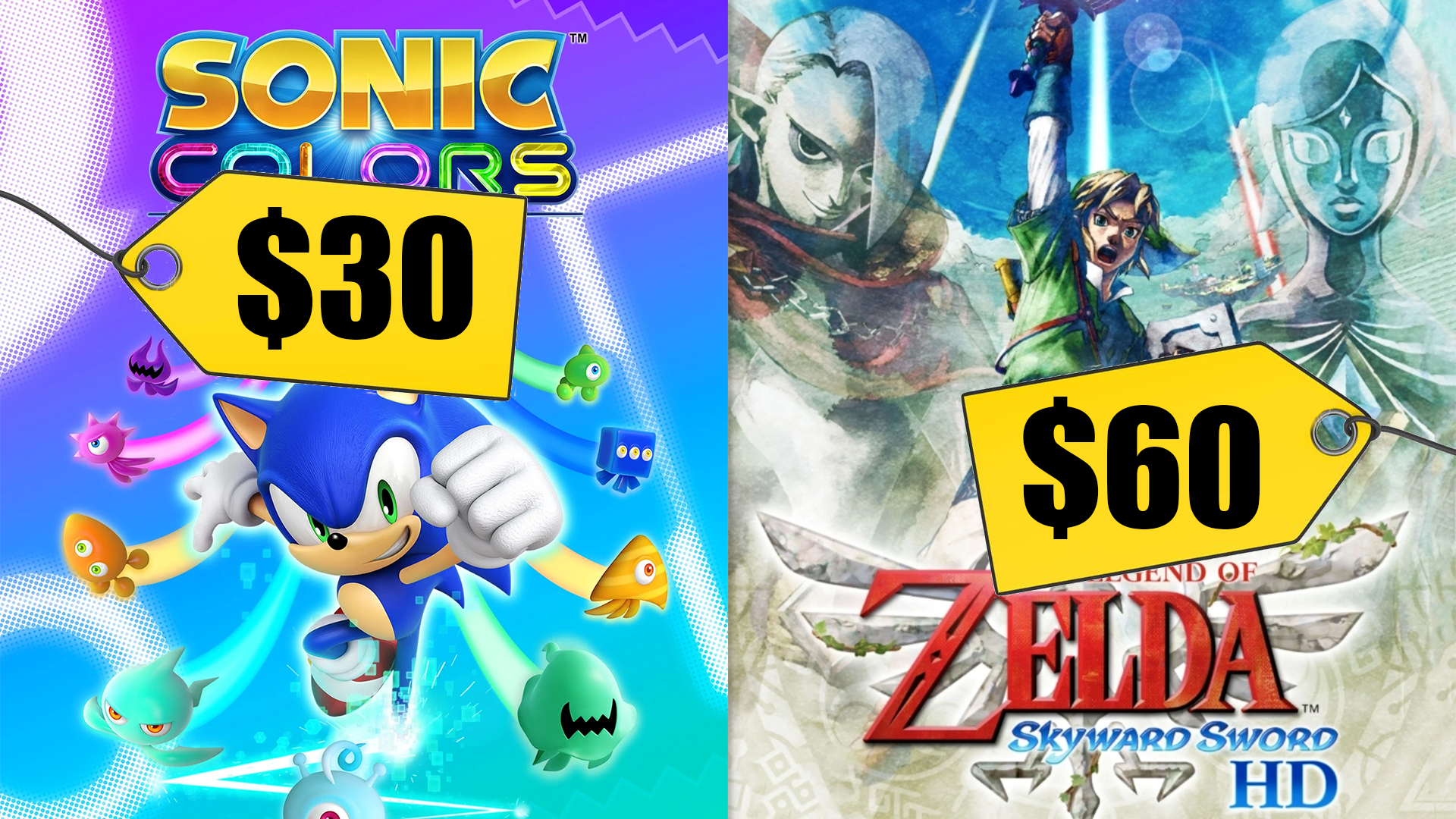 For whatever reason, people now seem to equate buying a brand-new game with buying a brand-new car. In the sense that the minute you drive it off the lot it loses half its value. This analogy holds especially true in regards to the remaster. A topic that has seen major prominence over the last several years. The ball got rolling with the release of the PS4. Because there was no logistical way to make the system run the previous generation’s games, Sony saw fit to take the best titles and release them again, like The Last of Us Remastered with a price tag of $60.

Enter the Switch. Following the Wii U’s absolute disaster, Nintendo had a large number of titles that deserved a second chance. Over the last 4 years, almost all of Nintendo’s first party exclusives have arrived on the system. This is where the real anger has boiled up. Whenever Nintendo announces another Wii U game coming to Switch it’s met with the question “Why is it sixty dollars?”

This got me thinking, do games honestly lose their value over time. We live in a time where 20 year old Game Boy Advance titles are selling for 100s of dollars on eBay. NES cartridges fetch 6 figures at auctions. Yet, it’s unfeasible that Donkey Kong: Tropical Freeze cost the same (or more) as it did 5 years ago? While it is true that games go on discount at video game stores, that doesn’t diminish the hard work that’s put into the title. The Wii U was an abysmal failure that meant a lot of great titles didn’t see the return they should have deserved. A lot of people’s hard work wasn’t truly rewarded.

Now, you could probably argue that Nintendo could sell just as many copies, or the digital equivalent, if the price was $30.

But take two recently announced remasters, The Legend Of Zelda: Skyward Sword, and Sonic Colours. Both were originally Wii titles released within a year of each other. One is selling for $30, and the other is selling for $60. Take a wild guess which is which. From the announcement, social media was all about how Sega was doing it right, charging half the price of the game when it was originally released. We recently played Skyward Sword’s remaster and felt it did an amazing job at polishing and buffering all the dents the original game had. Meanwhile, I also played Colours and I can tell you already that a remaster won’t be able to fix what I found wrong with that game. While it was definitely an improvement from Unleashed, it wasn’t helped with the schizophrenic level design, and the Wisps at the time was just another mechanic that felt half-baked from the developers of Sonic at the time.

I know this is going to earn some blowback, but when it comes to Sonic and Zelda, they aren’t even in the same league. There is no way to even compare the two franchises in regards to the level of quality. Sonic has had to deal with over a decade of questionable and down right abhorrent titles. Meanwhile, the worst game in the Zelda series (officially anyway) is arguably Link’s Crossbow Training. Back to the car analogy, expecting Zelda to charge the same as Sonic is like expecting a used Lamborghini Spyder to sell for the same price as a Toyota Hilux. Yeah they are both cars but one is a lot more valuable.

The answer to why Nintendo charges $60 for ports and remasters is simple, because they can. When Super Mario 3D All Stars was released there were lots of issues over it. Yes, the limited release was a bit of a dick move, but even then people were complaining about the $60 price tag and that was three full games in one. Then the game became the second highest selling game of 2020 on Amazon, behind New Horizon. Skyward Sword HD has already become the third highest selling game of this year. While people will point out the issue of paying full price again for a game they already own, that’s not exactly the games fault is it? That hasn’t stopped people from buying Skyrim again at the same price for over a decade.

You can make as many jokes about Dolphin Emulators as you like, but there is a reason why you’ll spend countless hours modding a game with HD textures and different control styles, because it’s a fun game. If it’s worth that much to you, then surely you can understand why the price tag is that number.