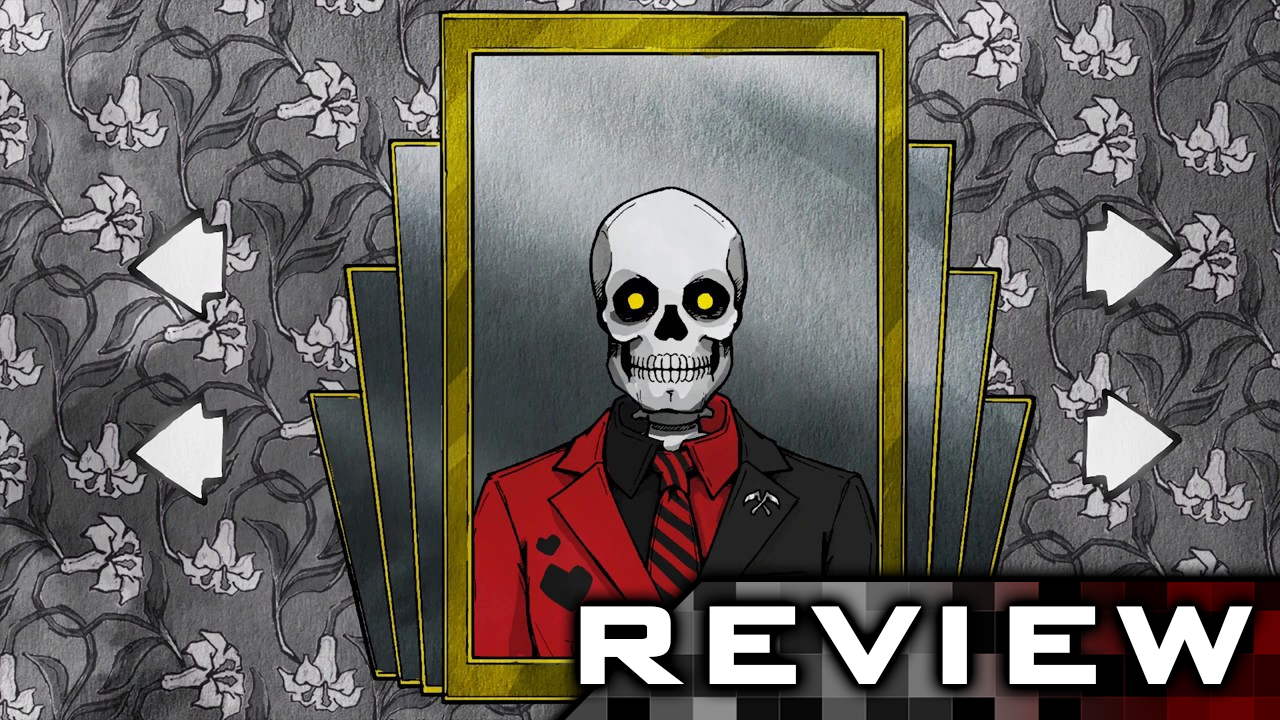 There’s nothing like good old bureaucracy. Even though you were literally created to determine who lives and dies in order to maintain balance in the universe and please faceless suits, it’s no pressure. Honest work is still work, a living is a living. Well, not in that way but you get what I mean.

In Death And Taxes, you play as the Grim Reaper, one of many that is. You were created by Fate out of things and stuff from the local store. Your job is to decide who gets to live or die. Pretty simple stuff. We have a young student who loves music, an online scam artist who targets old people, a mobster who joined to protect his younger sister at all cost, and a factory worker who writes poetry. How hard can it be to use your judgement to stamp some papers and meet your daily quota. Not at all, in the first week that is.

You’ll quickly get the hang of the job, just not the people…

Fate is a curious man who you may or may not want to please because he’s your boss. But after some time Fate starts to become more… distant would be the nice way to put it.

Then the mirror starts talking. Well no, not the mirror, just the mysterious voice who begins speaking to you after you access your mirror to put on your best suit and face (I’m feeling like a pop punk Cthulhu, don’t judge).

Well who cares?! You’re you! You have morals! There are lives to save or take! You scroll through your phone daily and see that despite the one bad call, you’ve made five good ones. Today will be better than yesterday so let’s perform strongly for our paycheck!

Due to my excitement for this game I would like to give you my TLDR sooner rather than later. Death And Taxes is one of 2020’s hidden gems and I thank discord everyday for sending me The Stupendium’s fan song for the game, Rest Employed. Which is an earworm and you should listen to it now. Without it I would’ve never found out about the Switch release, several months after the game’s release on Steam, and have gotten it on launch day. If you haven’t played Death And Taxes you should play it now and here’s why.

The first week was surprisingly relaxing for bureaucracy. Stamp some papers, send them off, do a good job, earn a raise. I used my funds to upgrade the mirror I was already using everyday to change into my spiffy new suit (*hint*). And shortly after that I purchased a radio for my desk to control the game’s music to whatever I felt like for the day. Seriously, this game’s OST is damn good and buying the radio was the best purchase I’ve made, besides the costume pieces that is.

Upon reaching the second week I’ve grown closer with Fate. I felt like a good employee, Fate has earned my trust enough to make me want to be a good employee. So why the hell is this sentient voice from out of nowhere telling me otherwise? Why does she call me a killer when I’m here trying to kill the bad. Though… I did kill some people who, in my opinion, deserved to live. But the bosses wouldn’t have been happy about that.

As the week went on and I was tugged between these two the job became more stressful. Fate is becoming more personal with me, and I’m beginning not to like it.

Then there’s this damn voice, who I’m pretty sure is lying to me.I don’t believe what she’s saying about my coworkers mocking me. I don’t believe it when she calls me a killer when I’m the grim-god-damn-reaper. But, I do kind of believe her message.

Bureaucracy or freedom? Well, I hate suits, but Fate isn’t that bad. At least, he wasn’t in the first week when the orders were easy to follow. I’ll always side with freedom, but this voice seems dishonest and rueful.

I reached a point that I wasn’t expecting from this game. I stopped looking at my phone because I didn’t want to see how I had affected the world. I stopped listening to the orders as they became ridiculous. Not in an amusing sense but in a moral manner. This was life and death I was trusted with and I choose life for those who deserve it, equilibrium and booming birth rates be damned! I took my lack of pay with pride and puffed out my chest as I pissed off both sides.

And you know what, fuck bureaucracy and fuck freedom! Because how can you tell me to kill everyone? Both of you! If freedom mocks me as a killer then why do you want me to kill? If bureaucracy criticized me for my lack of independence then why do you reprimand me for being just that? If bureaucracy wants me to follow orders then why are orders going off the hinges because my fucking boss is? And god- you know what- I hate both of you and I hate your goddamn cat too!

But most of all! I hate that you have… a point…

A point that was lost into the void of time and space because you are both hypocritical asses! But a point that I can see because it was there at the core. But you still taunt me…

You mock me. You belittle me. And I’m tired of being told what to do because this is life and no one is taking it seriously but me!

So why do I feel the very ground I stand on shake?

It got to the point where I actually looked forward to visiting the annoying basement pirate skeleton in his shop. Because at least he made sense in his own way. But in the course of three weeks I went from upstanding employee to rebel for life in a shiny plague doctor mask and your grandpa’s suit.

I went into my job with a goal of telling these people to fuck off. My stamp suddenly felt more heavy as I shake to read my instructions and breathe a sigh of relief when I’m told to go with the flow because my boss is losing his shit. So today, I don’t depressingly turn off the radio and look at my phone. And am rewarded with the voice not visiting me the next morning, if there is such a morning here.

And I loved all of this! I couldn’t put the game down! Which was dangerous seeing how I was playing in between editing and school work. Before I knew it it was approaching 10 PM and I had to reluctantly put the game down to not stay up too late. I eagerly played again as soon as I had some free time the next day.

I think Death And Taxes is a game that does everything right which is a shame I haven’t seen much buzz around it. I’m hoping the Switch release will change that because this is a game you should be playing as soon as you have a free day or weekend.

The game is simple. Gameplay consists of the all important task of stamping paper and operating an elevator. With even more exciting features of opening and closing drawers to hide your shit employee plaque in. Graphics range from cute and chibi to colorful and detailed. Every character is fully voice acted and every actor is strong. And again, the music slaps. All of this allows for the writing to be as strong as it is.

The writing is what carries the game. After the emotion and addiction I experienced while playing, it’s safe to say I was eager to find out what happens next. I didn’t know which route I was taking. Unaware if I was going to find a good, bad, or neutral ending. But whatever it was, I wanted to play over and over again just to see them all. I was lost as I wandered the paths of this game, unsure if playing as myself was the right call but wanting to be pushed to discover what I’ve gotten myself into.

I love to hate these characters. I have a hard time describing Fate and The Voice without giving away spoilers. But they are curious characters. They’re hypocrites, not to be trusted, but charismatic. As much as I want to side with one or the other to get that good ending I found believing in myself far more than what these people told me to believe in.

And that’s a great thing! I love it when games want you to be yourself despite what characters tell you. That’s a part of the reason why the game Catherine is one of my favorites. You can read my reminiscences on Catherine here.

I will be replaying Death And Taxes many times in the coming days. And I hope you enjoy it just as much as I did.

May you rest, employed.

PROS
Additive story and writing that'll send you on a rollercoaster of emotions
Characters that you love to hate with voice work you love
Simple, easy gameplay
The OST fucking SLAPS
CONS
Pretty annoying pirate skeleton in the basement.
9