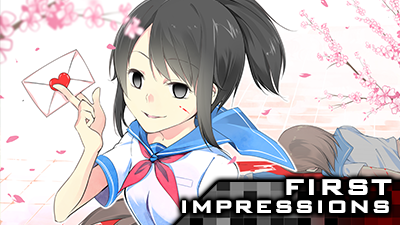 This was not how I wanted to spend my Monday night.

You know, I wouldn’t be here right now. I could be reading, drawing, watching YouTube, finishing Season 9 of My Little Pony! Alas… I got word of this demo dropping, proceeded to waste ten minutes of my life on it, and I am currently high-key losing my shit! Did you know today is Audie’s birthday. I could be with her on my island instead but NOPE! The universe had other plans for me.

DISCLAIMER: I am very well aware of the controversies and unsavory actions of YandereDev. I admit that I no longer look forward to the final Yandere Simulator project as I once did six year ago. I also admit that I have a well trained eye on the Love Letter project and am currently looking forward to its demo.

HOWEVER! In this article and future ones on YanSim and Love Letter, I will be ignoring all past and current controversies for both projects. I want to look at these games as games. In their own right, as their own entity. If you want information on both projects and/or the controversies around them, check your friendly neighborhood YouTube channel for more information.

After 6 years of waiting, promises, and delays, the first official demo for Yandere Simulator has arrived. I admit, I didn’t see this coming. We now have the first fully playable week of the game and a rival to eliminate.

I’m sure many readers won’t be surprised to hear that the Yandere Simulator Demo is awful upon release.

Context for those unaware of this project and its creator: I must disclose that YandereDev is not a trusted developer. He has made many claims and, quite possibly, excuses towards why it’s taken so long to drop this demo work on the game in general. His mental health is important! He should take his time with his work and respect the volunteers and publisher who wanted to help! Fans have also funded the project through Patreon, there has yet to be a Kickstarter. Over time, TinyBuild has dropped him, volunteers have left him, and he’s lost fan support.

The demo was promised to come out when Osana, the first rival, was complete. Osana took two full years to be coded and added into the game. While the wait for Osana was ongoing, YanDev added new gameplay such as clubs, jobs, characters, and more. In the early days of the project, YanDev stated the full game had the possibility to be released around this very year, if not sooner, with the support he has since lost due to his actions.

Upon loading the demo I wanted to see all of what YanDev had promised. I wanted to take a look around my room, town, and school on day one of the game and note how interactions and activities were unlocked as you progressed. I wanted some meat! Something that proved that there was much to do in the demo. Giving you a sliver of what’s to come in the final game.

So, why did I quit this demo after ten minutes and how did it make me literally sick? Four words…

The. Controls. Are. AWFUL!

The demo is buggy as shit. Some of the keyboard controls downright don’t work. Playing with a controller makes the game borderline unplayable. And the camera. Dear god the camera…

Without a good graphics card you may not make it to the title screen or be presented with a UI floating through the black screen of death. I found playing the game in fullscreen fixed this but I dreaded playing even more as I knew exiting the demo would be a bitch! 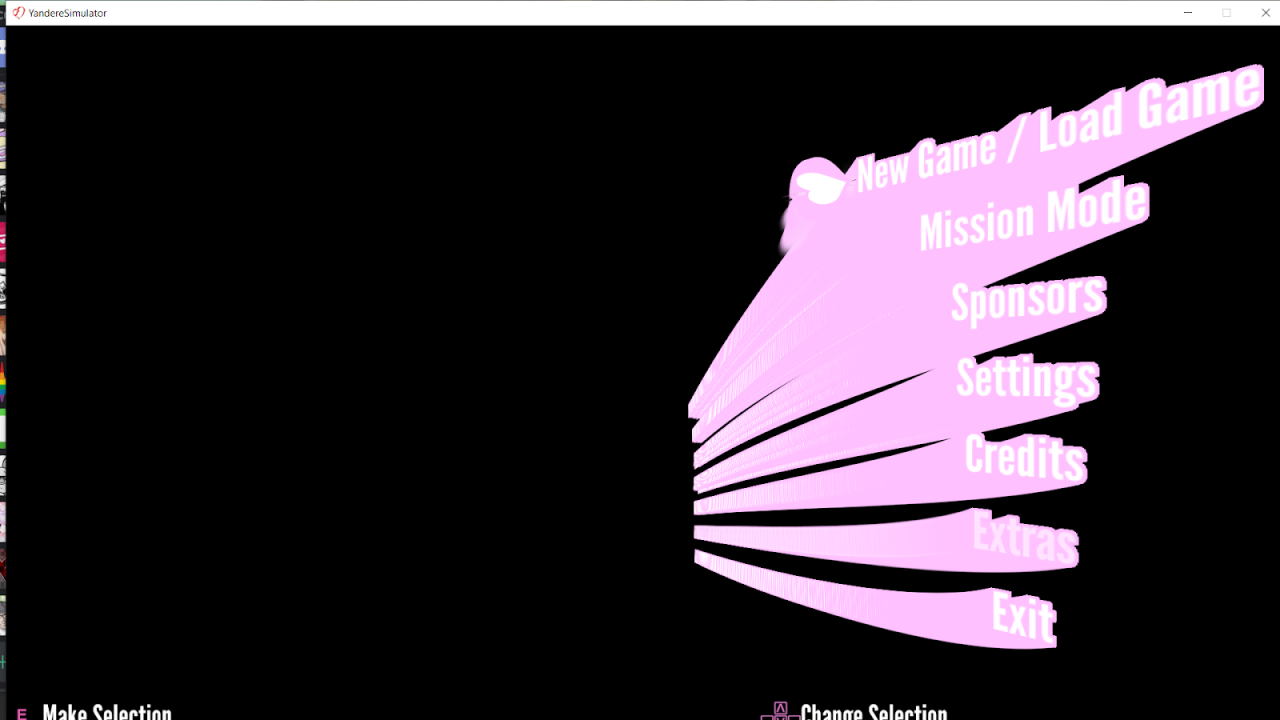 The frame rate, walking, and even the running is slower than a Karen in her mid 30’s actually growing up. The controls, gameplay, and character animation is heavy and stiff!

What gets under my skin the most is how the controls don’t work. Don’t bother looking at the map of the keyboard controls provided on the website. ESC doesn’t exit you from the game and Space won’t open the map half the time. And don’t get me started on how the phone works faster than the running. Or how the music randomly cuts out in the menu. At least the loading doesn’t take forever but I came close to the game crashing on the loading screen. Or how my computer sounds like it’s working overtime to run this damn game.

The first place I wanted to visit was the town. A narrow street with just as stiff and slow moving characters who also bug out as you walk by them. There’s already nothing to do there on the first day, however the street is lifeless and boring. I suppose adding more characters would’ve made this area run slower than the game already is. But the shops blend together due to lack of color and personality. And upon trying to leave, to my horror, I couldn’t. With the lack of a simple, keyboard, escape button, I had to completely close the demo and start again.

Next, I went to the school, which is just as dull and lifeless as the town. Even with the added bonus of having over 80 characters to interact with. After listening to the dialogue I remembered this game had a camera and grabbed my mouse. This, my friends, was where I truly fucked up.

Some context: Recently, my eyes have gone to shit. I currently suffer from light sensitivity and despite my glasses having a computer lens on them, it doesn’t prevent computer usage being the worst offender when it comes to straining my eyes. That and the sun. I am convinced I’m a vampire, time to fuck up the Jostar bloodline for six generations.

So imagine my delight at having the camera be overly sensitive and spin out of control with every slight movement. Taking photos makes it a little easier to have control of this bloody thing. But I literally cannot navigate Yandere-Chan, nor see where I’m going without this shit spinning out of control. Of course this wild and fast motion contributed to my eye soreness and you know where it goes from here.

Dear reader, I forgot to mention that you can play with a console controller! The game has an Xbox controller in mind, so get fucked people like me who only have PS4 controllers. I plugged it in hoping it would actually work and I could play this damn demo.

Oh sweet summer child I laugh at you.

First there were the bugs. Constantly glitching tutorial screens from Info-Chan as the buttons informing you on how to proceed glitch between keyboard and Xbox controls. I exited the screen, took a step, and got the rotating panty shot from hell! I couldn’t move, couldn’t control the camera, couldn’t escape or pull up the phone. Everytime I tried something the map came up and that too was completely out of my goddamn control! I finally got the map to piss off, still couldn’t control Yandere-Chan nor this sodding camera! I quickly unplugged my controller, exited the demo, and you got me fucked up if you think I’m opening that pandora’s box again!

So… that was a nightmare and I’m yeeting this demon spawn off of my computer.

What the fuck? Why, after six years, is this demo so unplayable?

Where did the time go? The effort? The volunteer team? The MONEY from the PATREON SUPPORTERS?!?! Was YanDev too busy coding easter eggs to give a damn about bugs. He claims to have fixed them but there’s evidence online that they are clearly still there.

Why should I spend two-three hours of my life on something this slow, clunky, lifeless, buggy, and quiet literally sickening? Why should I give enough of a shit to waste my time on an unplayable game?

I was actually looking forward to giving this demo a chance. I wanted to scoop the map, find a handful of the eliminations, and beat the week. But how can I do that when the demo is this much of a pain? This is work to get through and I don’t want to work when playing a piece of entertainment. The only redeeming quality I can find here is a pretty ok opening cutscene. Everything else isn’t worth it.

And I don’t know why I’m disappointed by that when I saw all of this coming. Maybe because I love indies too much. And despite everything, I gave this a chance.

What a waste of a chance.