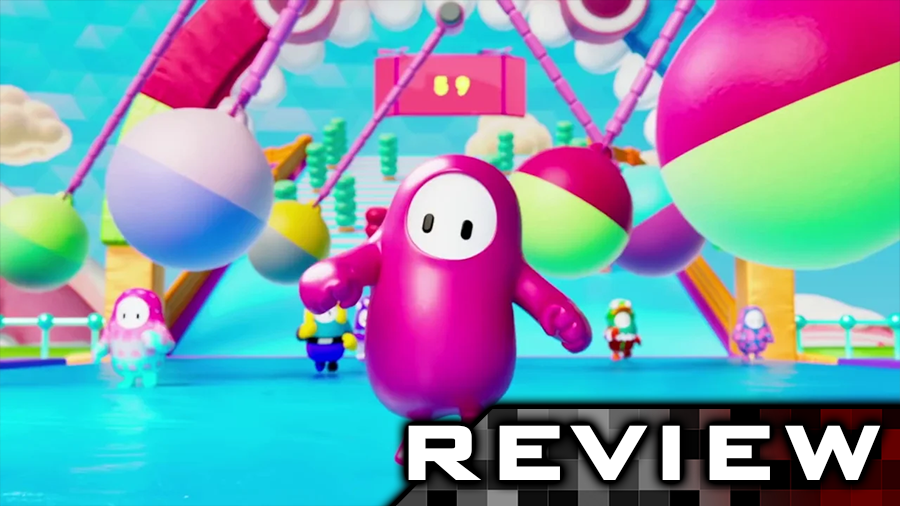 When we covered Fall Guys last week during it’s beta, we talked about how fun the game was with its crazy courses and bounce all over the place with your adorable jellybaby like characters. But expressed concern about its longevity from the variety of courses we played, however, we expected that what we were playing was just a mere taste and expected to see a bunch more in the fall game.

Sad to say that hasn’t exactly been the case.

For anyone not aware, Fall Guys is a brand new attempt at Battle Royale, where you play as bizarre little creatures who have a terrible centre of gravity and “wooo” everytime they get knocked over. The game plays a lot like Takeshi’s Castle and Wipeout with many similar obstacle courses like running through doors and avoiding the fake ones, only with more crowding and flailing all over the place. That is the one thing you need to expect while playing Fall Guys, it is going to become an absolute squabble especially when squeezing into such tight places. You play through several rounds trying to avoid getting eliminated in the process and compete for the crown at the end.

The game does like to mix it up at times with team-based challenges that usually involve pushing balls, grabbing eggs and chasing people wearing a tail. These can prove quite frustrating, but in that lighthearted funny way as you try desperately to get an egg from your opponent’s goal and just flop everywhere. But other times like the Rocket League knock off can just feel tiresome as you try and shove your ball into the goal.

Longevity is going to be the real deal-breaker of this game, I actually found myself getting bored back while playing the beta and was ready to write off the full game when I started playing it today. That is until I won the crown in my first game and modes I didn’t get to play in the beta like Royal Fumble, which involves scrambling for the one tail, were actually quite fun to play. One thing that would be great to see is some variety to each of the levels because then you are just playing the same ones over and over again.

The truth is, Fall Guys feels like that quick little game you boot up between other bigger games, its the little snack break in-between titles or the one you play with something else in the background. Much like Tetris 99, it’s best to play Fall Guys in small bursts throughout the day rather than a marathon session. However, the 20$ price tag may deter some players especially the ones who are used to seeing Battle Royale games like this as free to play. However, it seems the game is available for free for PS Plus members.

The game does offer cosmetics like new costumes, colours and emotes which are paid for with the games two main currencies, Kudos and Crowns. Kudos is the currency you receive after any match you play (unless the servers disconnect half way through) or purchased with real money but Crowns can only be achieved by winning a game or reaching certain levels. With the lack of lootboxes, I have to praise the game for how it treats its unlockables. The game will offer rare items like an Alyx HL2 outfit for a limited time, but it can only be bought with crowns which are only earned in-game and sure you could buy Kudos with real money but you earn plenty playing as well, so why even bother?

Fall Guys is just some real light-hearted fun, something you open up after a long tiresome day and maybe get a few laughs from, and during these times, that is really all you can ask for.