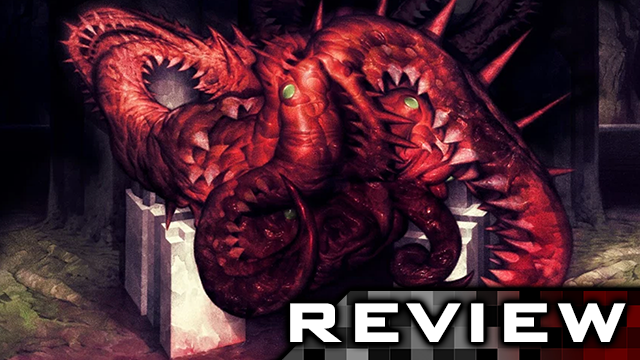 I first saw what would eventually become the game Carrion, several years ago as a GIF post on r/gaming and was immediately hooked. What looked like a Metroidvania but playing as an unstoppable tentacled beast eating and destroying everything in sight. I knew I had to play this title, if or when it ever showed up. Thankfully, the amazing folks over at Devolver Digital also believed the same and brought the game on, promoting during its last two Devolver Directs and promoting it as a reverse horror game.

It begins off simple enough with “the creature” emerging from a containment pod in a research facility, and from there the carnage begins. First of all, the design of the creature is absolutely grotesque, looking like a giant pile of spaghetti and meatballs with teeth (yeah try and get that out of your head during dinner), you have free range over the facility, being able to slither and crawl anywhere you want.

The game utilisises a twin stick setup that has you move with the left stick and control your tentacles with the right, this is required to pull levers and more importantly grab onto your many victims. However the aiming of the left stick can prove unpredictable at times in the heat of devouring numerous hapless victims. This can defenitely prove troublesome with enemies carrying electrical shields and flamethrowers

Accompanying the game is an absolutely stellar soundtrack that captures the atmosphere of a giant research facility perfectly, reminiscing of similar tensions in movies such as Alien. The cries and whimpering of terrified scientists cowering in a corner before making a satisfying leap from the shadows and throwing them around like an absolute ragdoll. Graphically, the game is a great retro-styled environment, with the creature continuously corrupting the area with pixelated blood spraying everywhere for good measure as well.

While you have unlockable moves and numerous areas to explore, it would be charitable to compare this game to a Metroidvania. There isn’t much in the way of exploration with the only diverts to unlock different doors and a few optional containment units. There is really no need to backtrack with the game playing out fairly linear almost in a level like structure. However, there were times I found myself getting lost with no real idea of where to go next and found myself wandering before I found that one little area I needed to go. While there aren’t boss battles per se, you do get harder and tougher resistance including ED-209 robots which are quite satisfying to take down, and razor-sharp security drones which are just as annoying as in real life.

It isn’t just slithering and eating though, there is some real strategy in certain areas, like figuring out the best way to take down a room before you get hit with the flame thrower and certain powers are only available when you are certain sizes. You can ram into objects when you are a giant beast, but after using a pond to dispel your mass, you can use the webshot to pull levers out of reach. Later on, you are even able to infect humans and have them do your bidding.

The narrative is virtually non-existent, you have a few moments where you get to relive some sort of origin story where you are discovered but nothing much beyond that. At the end of the day, the game is a fairly basic affair, your just a monstrous beast running havoc on a giant area and honestly that is really all that is needed. No story, the only motivation being escape and devour everyone that captured me, there is just something cathartic about the amount of carnage and bloodshed you cause through your several hour romp with this game.

Carrion is bloody, mindless and at time humorous fun and I wouldn’t have it any other way.