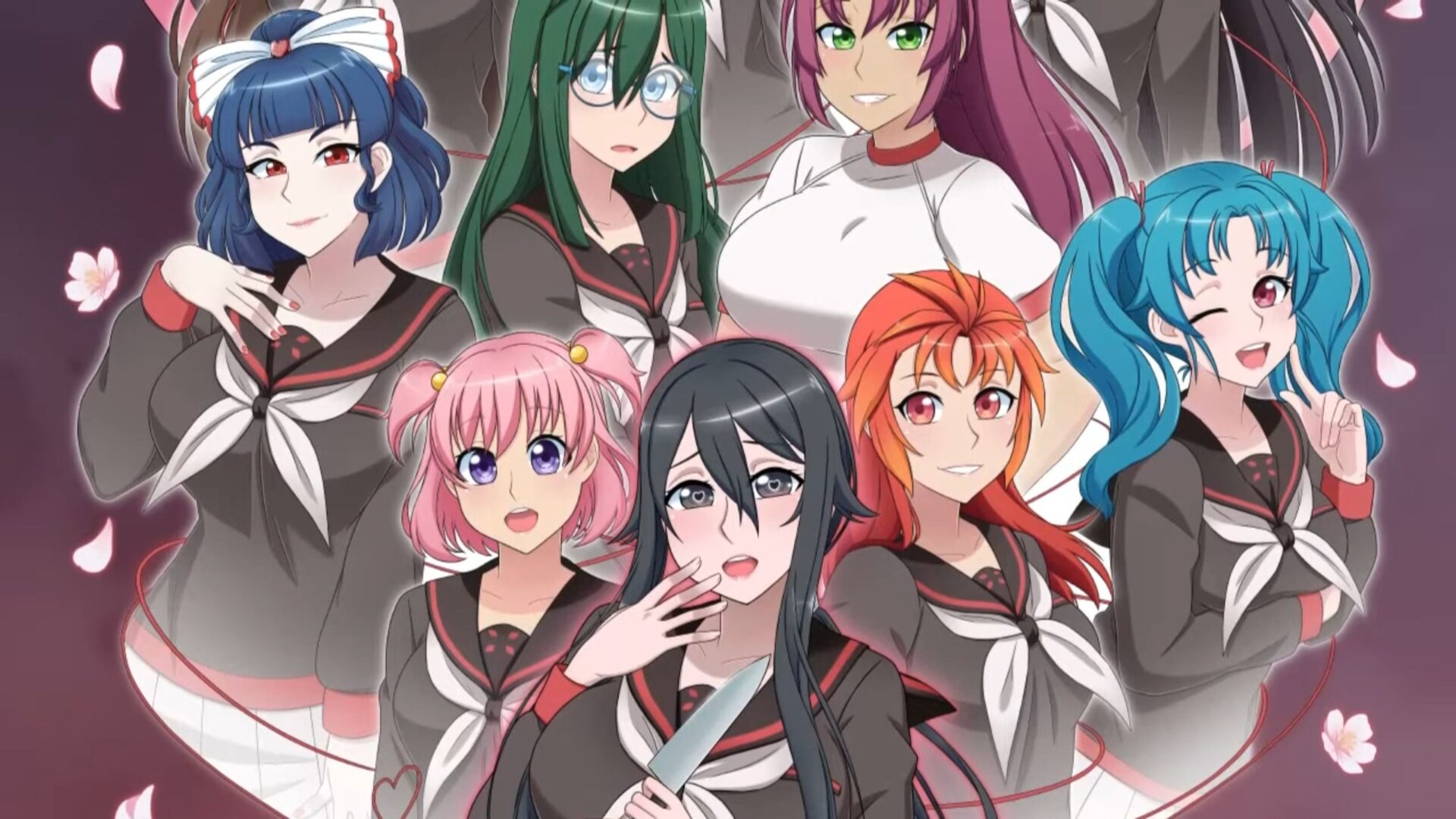 Is this my life? Is this all I am at Unboxed? You confront your cringy fourteen-year-old self, write an article, and all of a sudden you are doomed to talk about Yandere Simulator with every major “update.” I’ll have graduated from med college and married a hot Aussie by the time Alex finishes YanSim. On one hand, that thought makes me bitter for no good reason. While on the other, I’m elated at the prospect of accomplishing more in those few years than Alex has in what will then be over a decade.

I like to think I’ve long since given up on Alex’s thought process. I don’t feel like being drawn into the insanity of a mad man. But here I am again, wanting to pour out a tall one as I pound my frustrations on a keyboard.

I want to keep this short because I have 50 bones to remember before my exam this Monday. YanSim 1980s is a reskinned version of the main game packaged as more unnecessary DLC. It’s an uninspired asset flip with the same stale and lifeless environment and animations. It also further solidifies Alex’s poor implementation of the concept, diversity of thought and ideas, and lack of immersion.

Majora’s Mask came from a completed game! Which Yandere Simulator is not!

I remember a period of time when most of the news coming from YanSim’s channel and blog was focused on little things. Easter Eggs and what not. News regarding the development of major characters and gameplay were dropped like crumbs. This led to rightful speculation about a lack of transparency. No one really knew what he was doing with his supporter’s money, nor his time.

Alex has made many excuses about YanSim’s development, some of which have returned in this video. He wants to “take YanSim in a new direction?” Almost seven years later and he’s decided to rework the game. Well that shouldn’t have taken long depending on how he wants to do it. It could’ve been relatively short if he decided to keep the art and assets, but rework the gameplay. Or maybe he wants to rework the entire game. I heavily doubt that idea and know the internet would have his head if he did that.

But, I will give Alex this. He actually managed to shock and surprise me. He actually finished something. He finished an entire thing whatever this thing is. I call it a “thing” because DLC is giving it too much credit. Even through 1980s is just that! It is DLC to an unfinished game. It has some sort of plot, characters, gameplay, and continues to be the Hitman ripoff Alex envisioned.

Yet, when I look at it all I see a monster. A hybrid of years of labor and mistrust now alive in its unfortunate glory. I want to put this thing out of its misery because it serves no point or purpose. Am I supposed to say: “Oh hey that’s cool!” When characters like the bathroom ghost appear. Or when the Yakuza character is put to use and his little brother is a Josuke ripoff? Yeah, fellow Jojo weebs I said it! I don’t even trust Alex to reference Jojo, everything he does is a ripoff and he’s sunk to a new low in my eyes by doing it with Jojo!

What else do am I supposed to say? Oh look, a lifeless stealth mission! Oh look, more stolen and poorly implemented assets! Oh hey, old, ugly, out of place, character models that have returned from the grave!

No, instead I’m going to say that the most offensive part of 1980s creation is how it’s meant to expand upon lore. Lore of it’s unfinished parent game and Alex’s development history thus far.

And that drives me insane!

I want to scream at Alex: “MOTHERFUCKER GOD DAMN GET YOUR FUCKING PRIORITIES STRAIGHT!” But I know that’s useless because he’ll instantly block anyone who has the slightest criticism about him.

The lack of focus, commitment, and honesty kills me. Seven years of coding DLC! Seven years for a reskin of the main game! And it finally arises as a reminder that we’ll never escape! As long as we keep giving Alex time and attention, Yandere Simulator will never die! 1980s will live to build upon a game that seems to not want to be finished. It’s an evil Frankenstein’s monster that we’ve brought to life. It smiles upon us in all it’s smugness to say: “Go ahead, update my article on Crappy Games Wiki. Keep me in your history books. Mutter my name in the same breath as Balan Wonderland.”

At least, that’s how my tired, overactive mind sees it. An exaggerated way of how Alex may not want to be seen. I don’t know. I don’t know the guy. I don’t know if he’s the bully I perceive him as. Or a narcissist who feeds off of the negative attention. He’s definitely not some evil genius, but there has to be something fueling him to make the choices he makes.

“Because why?” Is the beginning to the first of many questions that popped into my mind while watching the 1980s video. Why the reskin? The same failed ideas? The expansion and re-emerging of said failed ideas? Why was this more important to make than Yandere Simulator? Why did this have to be completed first? What’s the goal, mission, logic, or reasoning? Was Alex too excited? Is this to build up the hype? Or does he just want us off his back?

I don’t know. And I honestly don’t care. As I said, it’s not worth being pulled into the insanity of a madman. And I can feel that happening now as I type this.

I know that I’m stuck here. I’m going to play the games, bite my tongue, and hold off on bigger thoughts and concepts until I explode. I know I’m wishing to still be without WiFi and have an improvised bank account so I can avoid it all when the time comes. But that’s not going to happen. So instead, I continue to prepare my defences, and ready myself for the battle against one crappy game dev who doesn’t give a shit about me or the articles coming.

I need a break… Here’s a picture of my dog while I de-stress for now.