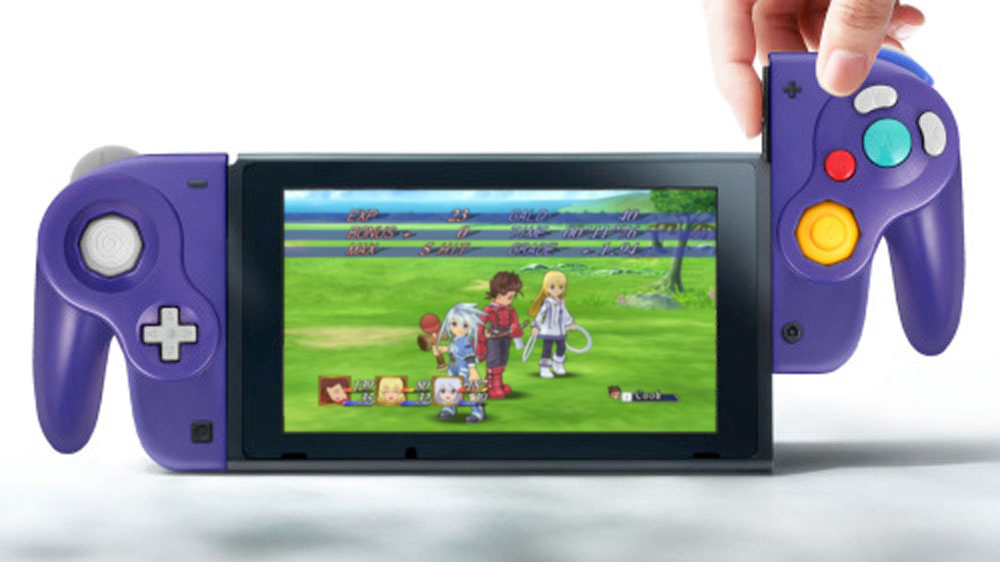 While it is super easy to make a list of first party GameCube titles we’d like to see on Switch, quite often we forget that the Cube was home to some damn good third party releases, both exclusive and multiplatform. Coming up with this list was not easy though, going through the GameCube lists on Metacritic I realised just how many sport games were released on the platform, and while plenty have already seen releases like Resident Evil 4 and Final Fantasy Crystal Chronicles, here are some more that deserve a place on the eShop.

It was absolutely insane hearing that one of the Playstation’s biggest titles was getting a remake on the Gamecube, being handled by Silicon Knights and supervised by a literal dream team of Hideo Kojima and Shigeru Miyamoto. The Twin Snakes took the original Metal Gear and gave it an amazing coat of paint, much like the Resident Evil remake the games are unrecognizable compared to the originals the previous generation. While it would be great to see Psycho Mantis move our controllers with HD Rumble, there is an unfortunate glaring issue surrounding the likelihood of this port, and if you don’t know what it is then allow me to to be the first to welcome you to the internet.

While it has no doubt been overshadowed by the Insomniac iteration, many people still have a serious fondness for one of the best Spiderman games ever made. Released in conjunction with the movie of the same name, the folks over at Treyarch could have easily made a generic movie tie in but instead game us something truly revolutionary. What stood out the most with Spiderman 2 was the web swinging mechanic, in other games Spidey just shot webs up in the sky and went wherever, but here he actually attached his webshot to buildings, building momentum as he travelled the city. The only real issue surrounding this is the current situation with Spiderman and Sony who is seemingly keeping the Web Slinger all to themselves, even making him exclusive for the upcoming Avengers game.

While the game saw a re-release a few years ago on PS3 and Xbox 360, but outright missing Nintendo’s platform at the time, which meant we missed out on the most important thing. SC2 back in the day was released on all 3 platforms, but each platform had their own unique character. The PS2 had Heihachi Mishismi from Tekken, the Xbox had Spawn but most importantly, the GameCube featured Link from the Legend of Zelda. When the game was re-released the next generation, both Heihachi and Spawn would return but naturally, the Hero of Time was nowhere to be found. Missing out on the re-release was understandable during the Wii U phase, but people still have fond memories of playing Soul Calibur 2 and even better, there could even be a chance to give Link alternate costumes like his BOTW outfit.

While there has been an absolute slew of Star Wars titles recently, they seemingly have all avoided Nintendo’s platform with the exception of some ports from almost 20 years ago like Episode 1 Racer and Jedi Knight. It’s easy to forget how entwined Nintendo and Star Wars were just a few console generations ago, with Rogue Squadron II releasing as a launch title for the Gamecube. handled by the legendary team over at Factor 5, Rogue Squadron showcased the true graphical power of Nintendo’s tiny purple Cube. While we could also argue that all three Rogue Squadron games should be released as a compilation, if we were going to go with one it has to be the one that gave us the biggest wow factor when it first released.

Before Wonderful 101, Hideki Kamiya and his crew over at Team Clover would give us a Tokusatsu inspired side scrolling beat em up in Viewtiful Joe. Originally released as a Gamecube exclusive before making its way to the PS2, you control Joe who has found himself inside an old movie trying to rescue his girlfriend. Playing it you will recognize how much Wonderful 101 was inspired by these titles. While Capcom will happily re-release other Hideki titles like Okami and Devil May cry, for some reason we have yet to see these games appear. I’d ask him myself, but he banned me on Twitter…..again

While it has taken years to finally get word on the sequel, a title we don’t even know will be released on Switch, it’s easy to forget just how good the original is. Taking many of its cues from titles like Zelda and stealth mechanics that no doubt inspired a future franchise from Ubisoft, playing as Jade you uncover a major corruption on your home planet with your trusted camera and staff. Plus, there would be literally no work needed bringing this over as the game has been given the HD treatment several times over including Xbox and PC. While it was originally released on the GameCube, it has yet to appear on another Nintendo platform and with the sequel arriving…..sometime, it would be a great idea to see it appear on Switch.

While Nintendo was still recovering from the RPG depletion following Square’s departure on the N64, they were slowly but surely recovering. One of these titles was an exclusive from Namco and the latest in the Tales series. Symphonia was presented in a Cel-Shaded Anime style and ran at a steady 60fps. The story wasn’t anything I’d write home about, with parts I would even write off as cliche, but the combo style battle system was a welcome departure from turn-based style. Bringing an HD version to the Switch would be concerning though, as a few years ago saw a PC port that was far from acceptable. The port itself was based off the PS3 version, which itself was derived from the subpar, Japanese Only, PS2 release. because of this, the game only ran at 30fps, or half the speed of the Gamecube title. But that was only the tip of the iceberg in regards to issues ranging from poor controller support to the game just refusing to run. If Symphonia does ever make it to Switch, Namco Bandai actually has to put some work into it.

A personal favourite of mine, Killer7 is one of those titles that you can’t just describe to people, you have to let them play it themselves. Being created by No More Heroes’s Suda51, this game was his breakout title outside of Japan. You play as one of seven assassin’s, each with their own abilities and firearms. The game plays almost like a rail shooter with fixed paths and camera angles and all the while solving puzzles and taking out these invisible exploding creatures. Their have been reports coming in that both this and the first two No More Heroes will soon be releasing on Switch. This would be a great move to get people caught up on the series and Suda’s work as a whole.

I need to be honest, I have never been a big fan of the Grand Theft Auto series. It just has never been my sort of thing, the grand scale of them are almost overwhelming. Of course, growing up with only a GameCube, I didn’t get a chance to play them at that time, but in a way I didn’t need to, because Simpsons Hit & Run did it all for me instead. One of the best Simpson Games ever made, I found myself playing hours upon hours driving around Springfield and laughing like crazy when I caused as much mayhem as I did. Hit & Run could very well be considered a kid-friendly GTA as there is no bloodshed or firearms to be seen and running people over just gets a snarky comment from them before getting up.

I remember playing the original version of this game a few years ago via the Dreamcast emulator on Ouya. I loved the game THAT much, I bought both versions of it afterwards. One of the best RPGs at the time, you play as Vyse as he leads his crew of Sky Pirates on a magical journey across the many islands floating in the air. You engage in ship battles, discover landmarks and take on bounties or fight off the ones on your head. While originally releasing on Dreamcast though, the GameCube version added more content and even new characters. While I yearn for a sequel badly, I would love nothing more than to play this game one more time.