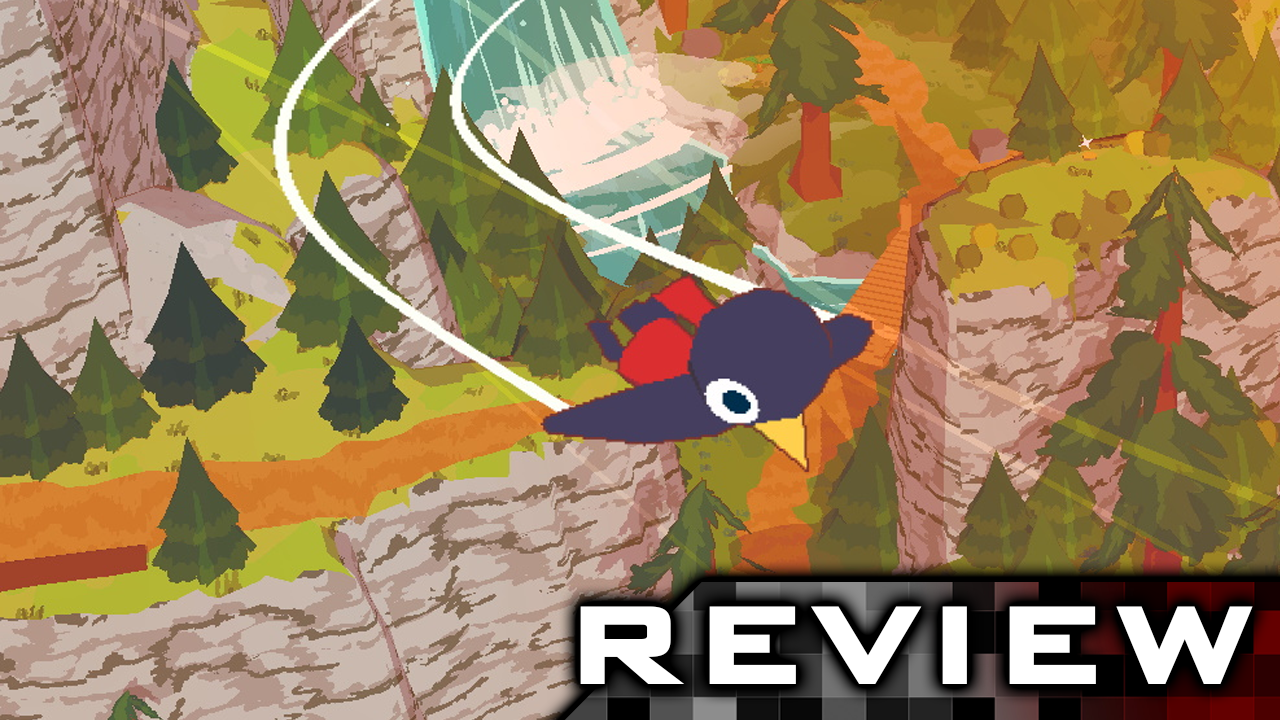 After two long and stressful weeks dealing with the hellish American education system, I needed something short. Something small and wholesome and very very cute, but mostly wholesome. Today Nintendo blessed me during their 8/18/20 Indie Showcase with the announcement that A Short Hike would be available on the Switch later today. This is a game I’ve been following for over a year, completely forgot about, and upon seeing it in the presentation I screamed “THIS ONE’S MINE!”

Let’s knock this out first: This is a short game you can beat in half an hour to forty-five minutes.

“Then why do I bother paying 8 bucks then?”

Then don’t. The game doesn’t stop you from speedrunning. But, when it says there’s another way to the summit, there isn’t. If you plan on speedrunning the game you’re wasting your time, money, and experience. If you want to play this game and get the full experience, you should consider sinking into it on a weekend afternoon. But we’ll return to that later.

You play as Claire, a young bird who is visiting Hawk Peak Provincial Park. She’s brought here for an unknown reason with another unknown bird whose relationship you can only guess. For now, you know Claire isn’t happy to be here and is awaiting a phone call. The bird who brought you here suggests hiking up to the summit of Hawk Peak. It’s a climb that the bird says: “We’ve all made the trek before”. And you go off to do just that.

In the beginning you’re doing this to get that sweet sweet phone call. You find characters along the way and stop to interact with them. You learn how to play the game, climb the mountain, and discover the trades to be made. But you also learn Claire is familiar with Hawk Peak as she knows some of the residents by name. So why was she so unhappy to return?

Anyway, phone call. You’re climbing to get a signal for a phone call. But there’s side quest to encounter. A bunny has lost her headband, a man his watch, and you have to find a toy shovel to trade for a bigger shovel.

This is only in the beginning of your time with the game. There’s no three act structure, no rules, and no borders. You are completely free to explore this island however you want.

Imagine if you will a more quaint and wholesome Breath Of The Wild. Sure you can bumrush it into the castle and good luck to you if you beat Gannon in your underwear. But are you sure you want to do that on the first try? Would you rather do that or climb this tree and that mountain just because you can? How about talking to NPCs and taking sidequests, just because you can. After all, it wasn’t the price tag that made Breath Of The Wild so amazing. But the content found inside that made you love every moment of your experience.

You cannot and should not rush through A Short Hike. In my opinion, there’s no point speedrunning the game because it’s so short and nonlinear. It being said ‘short and nonlinear’ is part of what makes it so good. I swam in the ocean just because I could, veered off path to explore every little nook and cranny of a setting that was much bigger than I thought it was. I want to find the treasure maps and decode them, pick up every shiny thing I see on the ground, and maneuver and shimmy around mountains to open every chest I can find.

Along the way I meet a colorful cast of characters who made my journey up the mountain all the more delightful and entertaining. I stomped around in rage because I couldn’t find the struggling painter to tell him I love his work. I dug every spot I laid eyes on to find a man’s treasured watch. Oh, you believe in me friendly kids? Then sure I’ll play a couple more rounds of BeachStickBall with you! Oh man, tuition huh? Yeah that’s a mood, I’ll help you out then.

Every character you encounter is pleasant. Even the ones who rub you the wrong way, you know they have their reasons for being a little sour. Claire herself is a wonderful character to play as. You’re not given a choice to reject some of these requests like finding the watch. Instead she says she’ll help you because she understands how important this is to you. You are able to opt out of a race, a round of BeachStickBall, and finding the painter again. But she always says the right thing and the response from those around her is “oh hey man don’t worry about it.”

As I continued onward I couldn’t help but notice the game’s sense of humor. Sometimes the dev just said “fuck it” in the bst of ways. He saved the heavy real world moments for the right times and right characters. But there’s times where you can break away and read a sign or encounter a character that contains a shameless snark that I can’t help but admire.

When you play A Short Hike to its fullest you receive a wholesome experience. This is a positive game with positive characters and positive metaphors that I will admit are a bit on the nose.

Ok a lot on the nose.

But I’m not one who can find fault in something that wants to spread a little joy in the world and send a good message. Maybe someone needs to hear that they and their work has meaning. Someone needs to see this pixelated character be scared and face their fears. We all know what Clair climbing to the top of this mountain really means. Now that she’s old enough to do it, but young enough to fully grasp her experience until she gets to the top.

You embark on this journey on a bright day full of warmth and color. You can distinctly tell what animal these characters are and smile at their cute animations. This is a large map but you can keep track of where you’re going and retrace your footsteps easily. I will admit I’ve gotten turned around a couple of times upon discovering the road not taken led to the same path. That was a part of the joy and fun of it all. Finding the secrets, your friends, even entire buildings made me go “whoa I didn’t think I would stumble upon this”.

I think the cute and simple pixelated graphics are what allows the map to be bigger than what it is. I had this constant reminder of how it was easier to fall and glide down the mountain than it is climbing up. When I looked down and saw the smooth waves rise and fall against the coast, and trees and flowers sway in the wind, the world was all the more alive to me.

A Short Hike wouldn’t have been complete without its soundtrack. Mark Sparling has uploaded his OST onto YouTube for your listening pleasure and I will do just that. The transition between tracks flows smooth as silk. Each song gives way for one another as you enter different areas Hawk Peak. From the sunny, populated beaches, to quiet forest and rainy coves. As you climb higher and higher the OST lifts your spirits by cheering you onwards to the top.

As you near the peak, the most challenging segment of Claire’s climb, the OST becomes more somber. It’s a transitional song. No longer cheering you onwards but whispering to you to not give up as you’re almost at the top. It’s a song about Claire and her journey so far. You can hear this song as you want. To you it may be about what brought her to Hawk Peak. Her entering adulthood or finding her own person at the top of this mountain. I think that the song is about her climb, forgetting what’s below her and looking ahead at her goal.

And when you reach the summit, you forget what brought you here in the first place.

A Short Hike is a game that you HAVE to savor. If you really want to get the most out of this game take your sweet time with it. Talk to everyone you meet, dick around a bit, help those around you, find, explore, collect. It’s easily a game you can pour upwards of five hours into if you insist on doing as much as you can before reaching the top of Hawk Peak. And I feel like if you do just that, the soar back down will be much more rewarding.

PROS
Delightful and charming story with charismatic characters (ALL OF THE WHOLESOME!!!)
Alluring art and graphics
Engaging Soundtrack
A wide and open world map that doesn't stop you from exploring and playing how you want to
A contained and simple story that doesn't insult the player or overstay its welcome
CONS
To some $8 may be too much to ask for.
A bit too on the nose with his messages
8