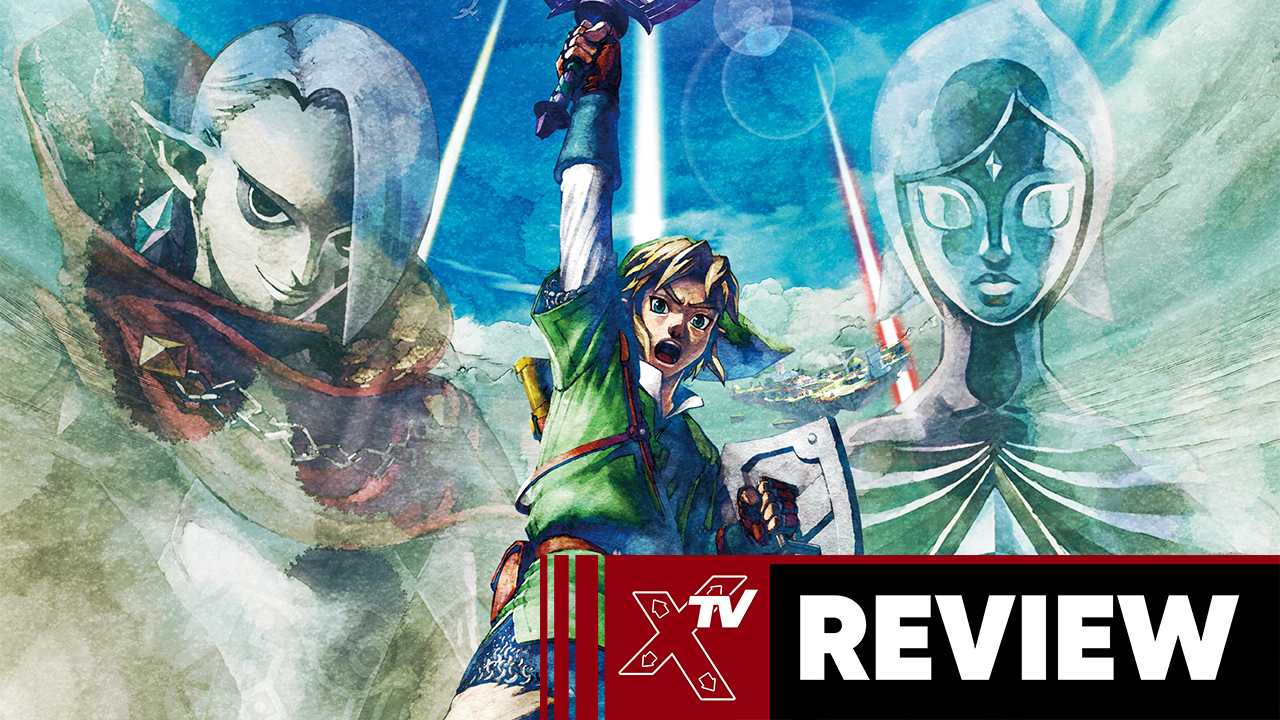 Out of all the major 3D Zelda Games over the years, no title has ever been more polarizing than Skyward Sword. Originally released in 2011 on the Wii, the game was the hotly anticipated follow-up to Twilight Princess, but while Twilight utilized a bit of waggle here and there, Skyward Sword would be built from the ground up with the Wii in mind, and more specifically it’s Motion Plus attachment for its controls. While there was certainly a lot that Skyward did right back then, the game was marred with a lot of niggling issues that prevented it from being a true masterpiece. Skyward Sword’s purpose was to introduce not just the definitive origin story but also reinvent how people approached the series itself, this would become more prevalent with Breath of the Wild several years later.

While a lot of praise can be given to the game’s design, characters and story, the same can’t be said for elements such as your companion which gave Navi a run for her money in regards to annoyance but even the controls ended up being temperamental. As it has been 10 years since most of us have played it, we decided to try it again on the original system and found that controlling how you swing felt like an absolute crapshoot at times and with how the game is all about the angle you swing that can get frustrating. I mean when Miyamoto himself is having issues playing it at E3, that is sure to bring up some red flags.

But To celebrate Zelda’s 35th anniversary a brand new HD remaster has arrived on Switch with the biggest change being the controls, while you can still use the joy-cons as a modern-day Wiimote and Nunchuck, you can now play the entire game with a Pro Controller with the right thumbstick being used to control your swing

Skyward Sword is set high above the clouds of the floating island Skyloft, Link and Zelda are childhood friends training at the Knights Academy with their giant bird partners called Loftwings. After successfully becoming a knight the two embark on a peaceful flight together before being separated by a freak storm. That night Link meets the spirit Fi who prophesies he is destined to embark on a sacred quest to the surface, forge the Master Sword, and save Zelda from the evil Emperor Ghirahim and the forces of darkness.

Skyward HD attempts to iron out many of the nagging issues that plagued the original on Wii, one of the first issues is the inability to skip ahead. Whether it was cut scenes going to long or Fi’s exposition dragging out, you essentially had to endure everything at the games own pace. Thankfully common sense has prevailed and you are able to skip most cutscenes and fast-forward text like you could in previous titles. This means you are able to sail through the introduction and get to the surface faster than ever before.

A decade ago it was believed that Skyward Sword needed Motion Plus but we can clearly see that was never the case. The new Pro Controller scheme works amazingly well, even movies like Spin, Stab and Final Blow are easily executed. However, in the heat of combat, you can still find that the right direction wasn’t delivered and the odd crapshoot still happened but it was still far more reliable than MotionPlus.

One of the big new features in Skyward Sword was the inclusion of a Stamina Meter, instead of letting Link roll all over the place you could now hold down a button that will let him sprint, however, unlike Breath of the Wild there is no way to upgrade it outside of a temporary potion boost so you can find yourself running on empty during a crucial moment unless you pick up a green stamina fruit that are laying everywhere.

With the sword now on the right stick, the game saw fit to also offer full 360 camera controls with the same stick while holding down the left shoulder. While definitely a decent compromise, because it is ingrained into our heads from years of third-person titles we found ourselves going for the camera only to pull out the sword.

We tried setting up the camera to be used with the Pro’s gyros but even on the lowest settings, the camera would jerk around at the smallest moments. But for the most part, all the other gyro controls seem to work, they are just selective on what they actually use it for. You can aim your slingshot and clawshot with them but you can’t steer your loftwing or beetle with them which is weird as you can aim it with the gyros. While we did stick with the Pro Controller for most of our playthrough we gave the Joycons a try as well

For the most part it works, you can even pilot your loftwing with them, vertical and horizontal strikes are done with a quick flick, but we found ourselves having to exert more getting diagonal and stab attacks to register properly, we actually found the gyro camera controls worked much better here, but you could only enable them with the sword controls moved to the right stick essentially rendering the need for joycons almost useless

Skyward Sword originally featured a gorgeous watercolor style approach to its design which was a stark comparison to the dark and otherwise gloomy look of Twilight Princess, the design was helped with the Wii’s limitations which made the effects when it came to draw distance that much more appealing. The HD Switch version on the other hand while looking amazingly detailed and running at twice the speed at 60fps has also wiped away a lot of the charm with the watercolour style feeling diluted.

The game also has one of the most diverse and creative range of dungeons and bosses in the entire Zelda series with weapons like the remote controlled beetle, gust bellows and the whip giving us incredibly creative puzzles to solve and bosses to fight. However it seems the difficulty hasn’t been adjusted for the new control styles so a boss we found particularly insufferable 10 years ago was vanquished this time like a breeze. We are also accompanied by a large range of colourful characters that have some serious emotion about them, especially the flamboyant big baddy of the game Ghirahim who chewed through the scenery every moment he was on screen.

Playing through Skyward HD on Switch we felt less frustrations than we did 10 years ago, while there was nothing inherently wrong with the original game, we found ourselves breezing through everything at a much more efficient speed. We weren’t getting bogged down with Fi and her dry exposition and the temperamental Wii controls, while the adorable Loftwing Amiibo offers a brand new fast travel mechanic we found playing like the original with the bird statues to be fine enough. The game has 3 major worlds that you’ll be visiting numerous times over the journey, while it’s been argued this is more repetitive than other Zelda games, we personally found it to be a much more intimate affair plus you’ll have plenty of gratitude crystals and goddess chests to keep you busy around Skyloft.

Skyward Sword HD has taken a buffer to the original game and helped it finally spread it’s wings, anyone who felt frustrated with the controls, the characters or just the overall slog of the original could find themselves finally enjoying what really is a deserving entry into the Zelda series.