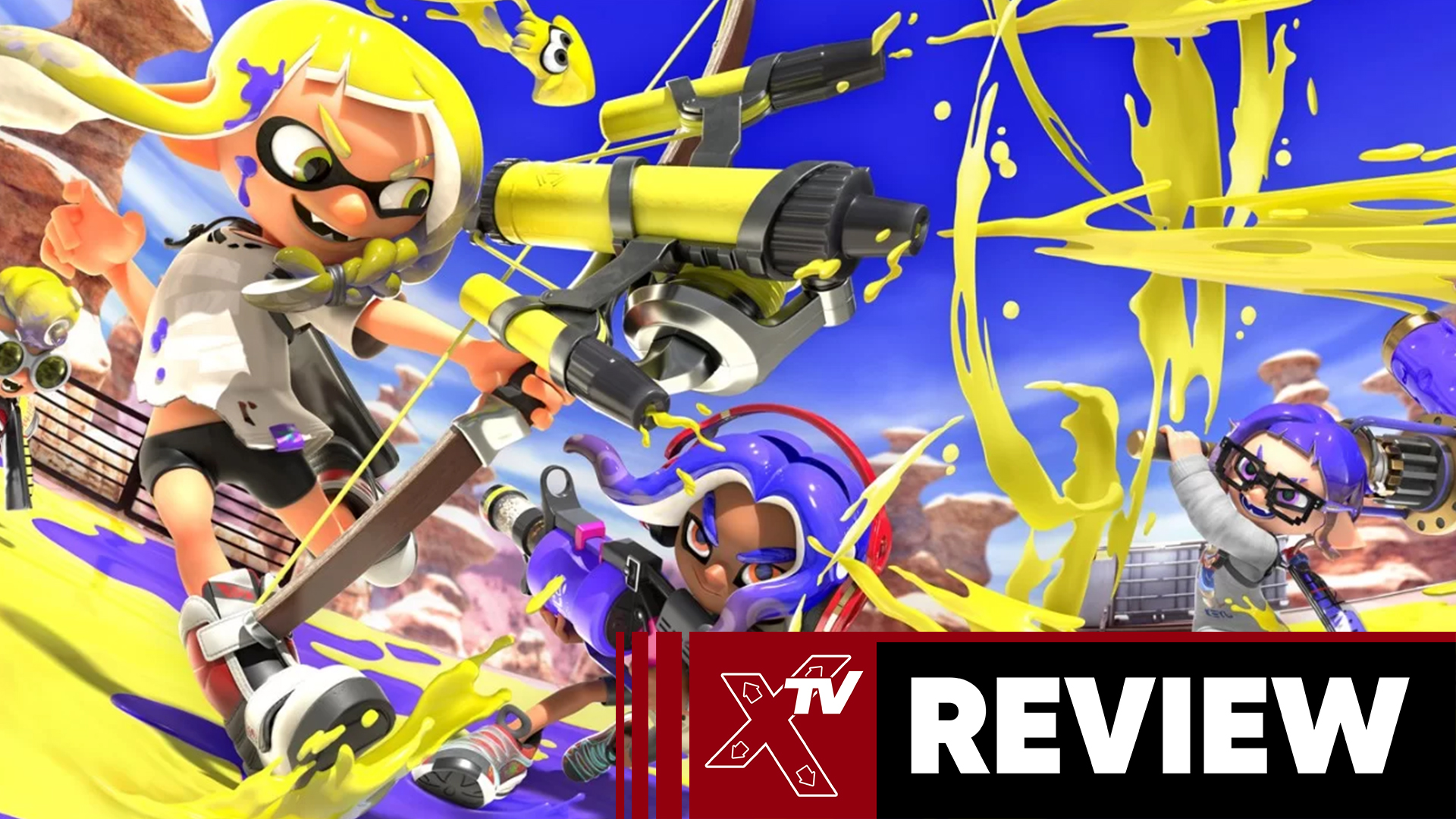 At this moment, we are suspending our score for Splatoon 3.

Since we released our review a week or so ago we have had a chance to delve deeper into the game and found certain issues to be much more serious than originally entailed, first of all, connection issues became more rampant which in certain situations prove to be inexcusable, especially in regards to the ranked modes. We posted a video on our Twitter account of us losing connection during overtime in a Rainmaker match which had us winning, we also have seen several entire Anchary Battle series screw up due to a dropped connection.

While at one time Nintendo’s online setup was seen as a light-hearted joke, this time no one is laughing. This time around Nintendo doesn’t even have the excuse of the P2P setup they had been using for several years because this time they are utilising their new in-house servers NPLN. What is the most infuriating is that despite these issues clearly stemming from Nintendo, we have been presented with several warnings from dropped matches. At this point, these sorts of errors, these sort of connection issues and even Nintendo’s half-assed suggestions at fixing them are not acceptable.

We still stand by a lot of what we said, but because of these issues, we cannot at this time continue to give Splatoon 3 a score.

I was honestly surprised when they announced a brand new Splatoon title just 5 years after the last one back in 2017 and on the same platform no less, when I first glanced at the debut trailer I was initially convinced this was going to be an open-world style spin-off similar to Fallout, but alas it isn’t and upon closer inspection, there didn’t seem like there was much justifying this release. Splatoon as a game should be treated like Mario Kart or Smash Bros and only see one outing on a platform. Playing through the World Premiere testfire, however, I noticed a lot of subtle differences that could potentially justify this release.

One of the main differences is Splatfests are now threeways, while you can snigger at this, it’s clear that this has been done following unbalanced debacles such as the Ketchup/Mayo splatfest a few years back, while it’s too early to tell if this will fix the issue the brand new Tri Colour Turf War really adds a new spin to everything. Halfway through the Splatfest we get a report showing us the current results, whoever is in the lead then will have the advantage in the Tri Colour competing against two members of each of the opposing teams. Having three teams on the same field is as chaotic as it sounds and while the 2 person team sounds like it’s at a disadvantage, it is possible to break through a stronghold and launch the Ultra Signal in the middle of the map which gives that team the advantage.

Another addition is the brand new training room while matchmaking which allows you to swap your Loadout and practice with your weapon. The main pillar of Splatoon 3 is still Turf War where you play 4v4 to ink as much of the map as possible. You still have access to all the classics like Splattershot, Roller and NES Zapper but we’ve also seen some new additions in a Splashtana or the Tri Stinger bow n arrow. While it would have been nice to see some new variety with the matches like having 5v5 at its core, Turf War doesn’t need to change, but what has changed is my stance on motion aiming, since the original on Wii U I always found myself going for the twin stick option, but after this most recent World Premiere I finally got on the bandwagon, it still can be frustrating getting the reticle on the right spot but after a few hours I knew I couldn’t go back to twin sticks. One interesting new feature is the concept of awards, after every match, you will be rewarded little achievements like who inked the most surface or who was targeted the most, this is a nice little accomplishment even when you lose.

The new overworld of Splatsville is the biggest so far we have seen in the series, while it is yet to be seen if it will be utilized to its full potential, you still have all the clothes shop to deck your Inkling out in the freshest gear possible, all items come with unique traits and you can mix and match as much as you can and like previous games, there is a full single player campaign at first I was concerned it was just retreading the same as the first two games with the Zapfish being stolen but then the game swerves and gives you a campaign more similar to the Octo Expansion. Armed with your little smallfry friend you will fight through several words with numerous challenges, some are fairly straight forward and others give me flash backs to the giant 8 ball.

All the other modes you’ve come to expect are still here including the ranked battles and while Rainmaker, Tower Control, Splat Zone and the like are great, it would have been nice to see a new rank mode show up as well. Salmon Run has returned as well and this time it’s available 24/7, the PvE mode has you and 3 other players fighting a horde of Salmonids and harvesting eggs, not much has changed except we now have a few new bosses, you can throw the eggs and it looks like they even nerfed the Firefly boss you still need to throw bombs into the target but now he flys lower as to not miss as easily.

One new feature in Splatoon 3 is a trading card game that looks to simulate Turf War. You and your opponent attempt to fill a grid with different shapes displayed on your cards, you can’t overlap and you need to at least be touching one coloured square. I can see this being an amazing little time waster but you’ll only be able to play against NPCs at the moment as an online play update is planned for later. I will have to admit, Splatoon 3 is really doing it for me you have all these little things that make the experience feel more than just a number increase sequel, you have a replay feature, a locker which you can deck out however you like and then we get to the idols. While I’ll be certainly missing my dear Marina, I have seriously warmed up to Shiver, Frye and Big Man although I seriously believe Nintendo missed on a big opportunity when it came to Shiver and her gender.

The only real issue I have with Splatoon 3 is that it is on the same system as Splatoon 2. Stats and levels don’t transfer over so you are essentially starting from scratch, which may deter some people from coming over to the new game and we could potentially see a division in the fanbase. Sadly connection issues can still plague the game at times, but at the very least things are now balanced out if you drop during a match. While I still have my concerns, Splatoon 3 still has that frustratingly addictive gameplay that we all know and love, just stick to one title per platform from now on.