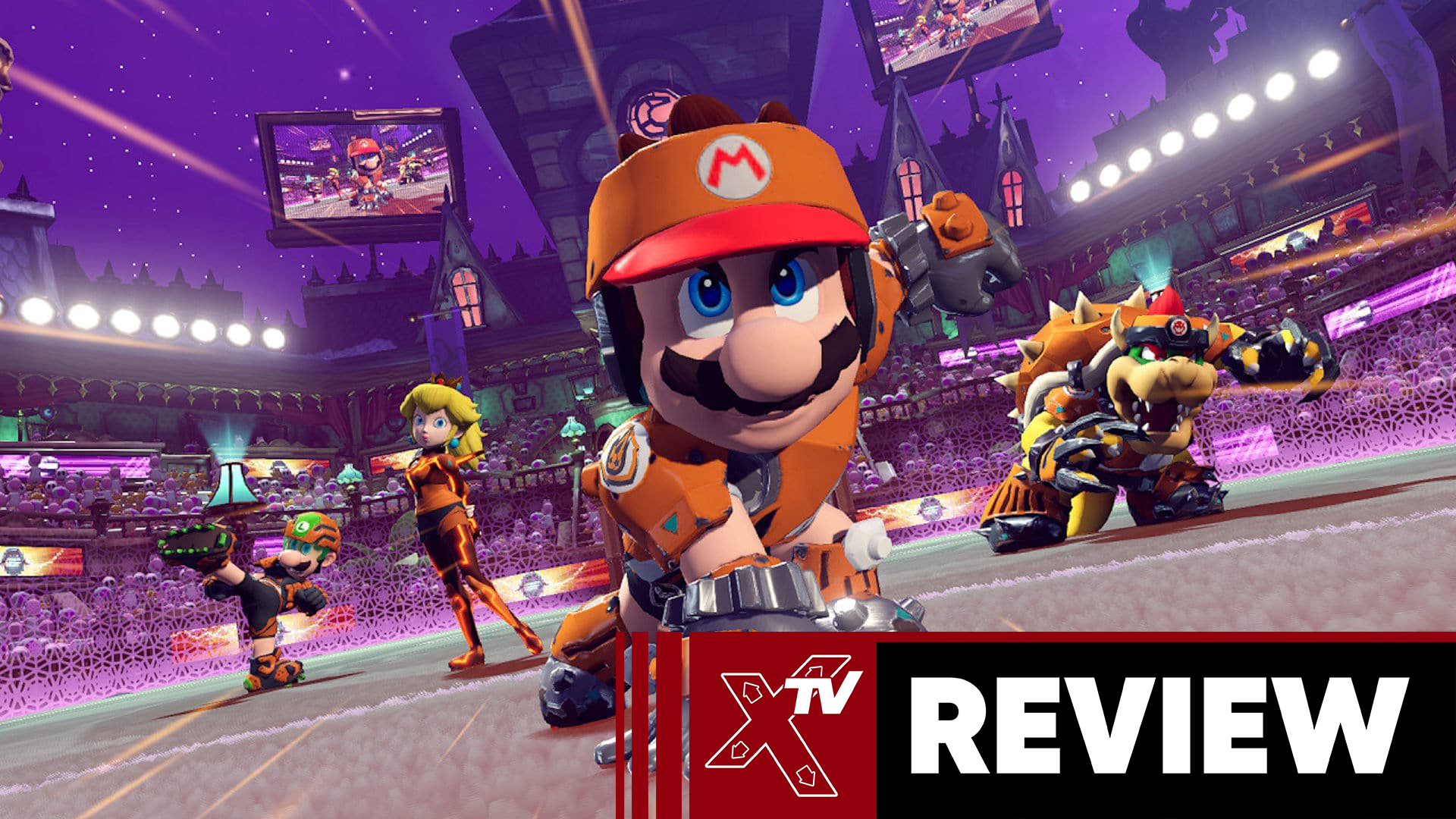 I swear to god I tried.

Mario has been a part of many spinoffs over the years and while Kart has been the main stand out, we have seen many others throughout the years Golf, Tennis, Olympics, Paper and even Doctor, one of the more cult favourites has been the Strikers series, an intense spin on Football (or Soccer to the uncultured). Being developed by Canadian studio Next Level Games, the series saw a dedicated fanbase chomping at the bit for a new game in the series since the last game released on the original Wii, those urges ultimately sedated with this brand new release on the Switch.

Now I will admit right off the bat that I have never dived into the series until now, but to prepare for this review I manage to get a copy of the original on GameCube and Charged on the Wii to play around for a bit and at the very least I can understand why this series has such a passionate fanbase. While I feel the game lacks a certain level of polish that other Mario games have, the gameplay was simple enough to just pick up and play even with the tacked on motion controls on the Wii version without even the option for Classic Controller.

Mario Strikers concept is incredibly simple, 4v4 Football with Mario characters and while the Gamecube version looked fairly basic it was easy enough to pick up and play, you played from a top down isometric perspective where you control the entire team and you could easily swap between who you were controlling in regards to their distance to the ball, there was even Mario Kart style weapons like bananas, shells and bombos to give it that Mario flair, the series even put the spotlight on secondary characters like Daisy and Waluigi.

It’s been 15 long agonizing years for Strikers fans, a wait that is finally over with Battle League on the Switch and while I had really no trouble with the originals, this was my first reaction while playing the demo

While still looking exactly like the previous games with its 4v4 and isometric view it feels like they gave up the simplistic controls for a way more in-depth layout, especially with passing and shooting. Even before starting a match I was running into hurdles with the game setting playing the player swap to automatic rather than manual, the former amounting to me having no idea who I’m actually controlling. I think I’m controlling Luigi but instead, I’m actually controlling Rosalina as she wanders mindlessly in circles on the other side of the pitch.

Speaking of characters, it seems obvious that Nintendo is continuing the practice of releasing a skeleton game only to beef it up with the rest in the form of updates later down the road, which usually happens after everyone has stopped playing and moved back to Mario Kart. The roster is the worst offender, bare-bones selection of characters is not even half of the problem but the fact they dropped one of the more popular characters from the series, Daisy. It’s bad enough she was already getting snubbed in 3D World and Smash Bros for Rosalina but now she can’t even get a break here, I say this knowing full well she will be included in the game’s first free update. Maybe down the road the game will be worth a purchase, but paying full price for this game today is unthinkable.

I think what truly frustrates me the most with Battle League is how much wasted potential is here. Firstly on how the game is played itself, the isometric view worked for the GameCube and Wii but on the Switch it honestly feels like a basic indie game. Especially after playing Rocket League and the Football game in Switch Sports which had the camera on one player, going back to this view almost feels primitive. There is also this interesting feature where the two teams each select a different field to play on but again this ended up with a yellow card, firstly there are only 5 to pick from and all they offer is an interesting aesthetic, if you are going to make a Football game with Mario flair then give each arena its own hazards like the Luigi’s Mansion one having Boos that can confuse your players or Bowser’s castle spewing red hot lava, I know you can do these field obstacles as you had Bowser himself dive into the court spewing fire at everyone.

Mario Strikers Battle League isn’t a bad game, but a game that lacks any sort of drive or ambition to stand out from the pack of other Mario Sport titles. The roster is minuscule, the arenas do nothing, the controls are needlessly complicated and it was difficult to stay focused on the ball and your players.

Like I said, I tried, oh god did I try to enjoy this game, but I’m giving Batlle League this rating for the simple fact that it should have been so much more and so much better, especially for how long it was on the bench for.

PROS
Design wise the game looks really nice
CONS
Doesn't do enough with the arenas
Can be way too confusing to keep focus of the character your playing
Lackluster roster (NO DAISY!?!)
For the next Strikers game, maybe go for a third person view like Rocket League
4