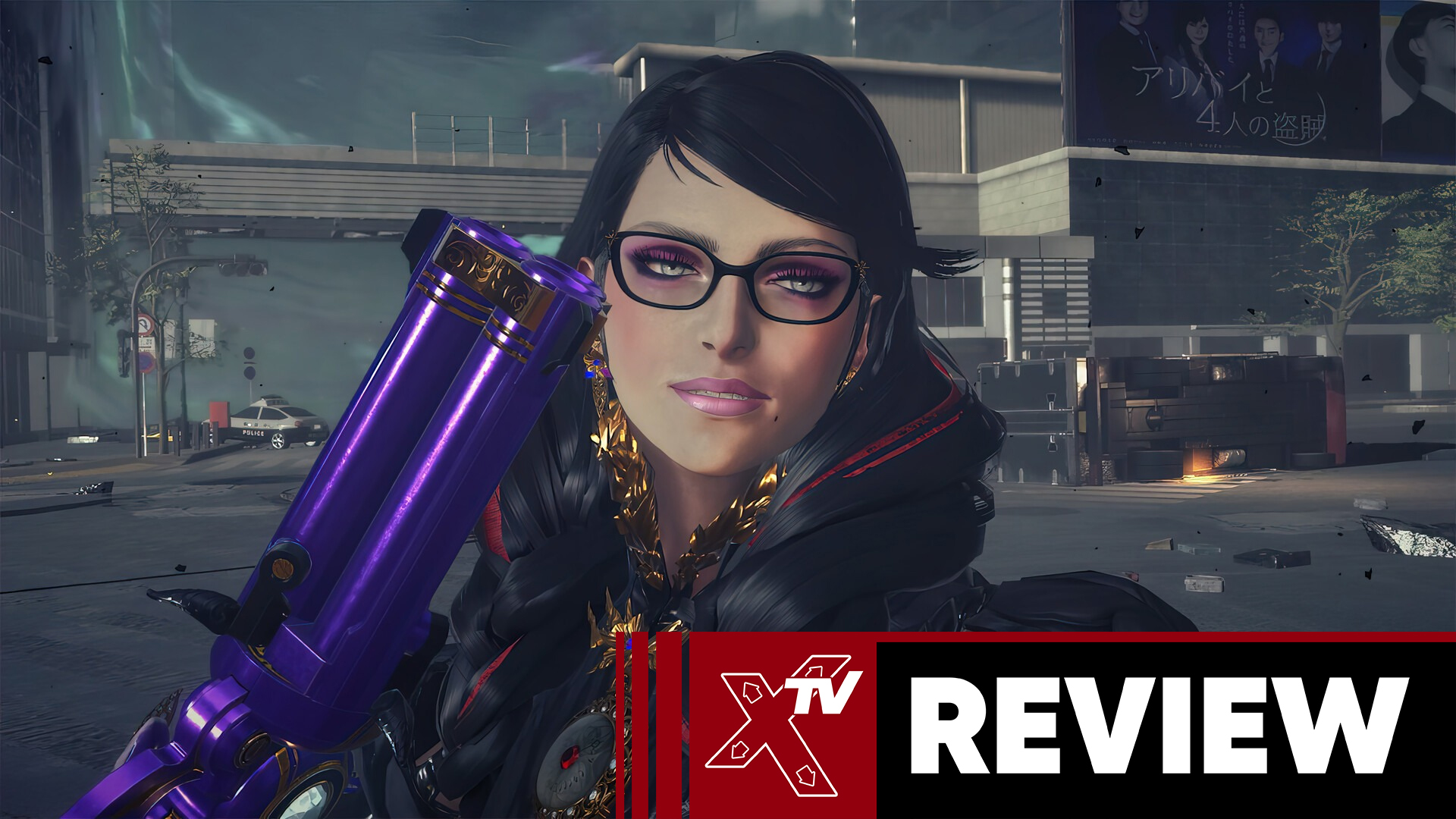 Its been almost a decade since Bayonetta’s last adventure with the spectacular and controversial Wii U exclusive release back in 2014 and while controversy continues to follow the series for its third iteration the series continues to offer what the Bayonetta franchise is known for with combos aplenty, giant bosses to vanquish and one of the sexiest women in gaming showing everyone that she still has it.

For anyone not familiar with the series you may be confused with the game’s opening and you shouldn’t feel left out as I was too. After the last game it’s clear that Platinum have had to pull out the stops to keep this third title from feeling too samey and repetitive, the story opens us to a whole Multiverse on the verge of annihilation from an army of homunculi with dimension traveling Viola urging our beautiful heroine to save everyone.

For the most part the game plays the same as before with punch, kick and gun combat and of course the infamous dodge that enables witch time so you can beat your enemies in slow-mo. The first new stand out of this game is you now have on hand the infernal beasts that pop out of Bayonetta’s naked hair portal, with a push of a button you can bring them into the fight and unleash all sorts of attacks on your opponents. Be careful though as there is a limited energy meter and you can’t move when controlling them.

As you travel on the lost island of Thule, a gateway to the multiverse, you will want to explore every nook and cranny possible as each level has numerous battles or verses as they like to be called and at the end of each are awarded medals before getting a trophy at the end of each level. If you just go through the levels without exploring you’ll wind up missing almost half the game as there are numerous challenges and collectibles that will temp any completionist’s heart to repeat levels to find everything and get better medals.

While the game is all about super combos done incredibly quickly, I played the same as I did with the previous two titles and mashed buttons like crazy while constantly dodging hoping to get witch time only now because we can summon giant monsters I found myself relying on them very heavily but sometimes you will be unable to summon them like when you are in tight spaces like corridors, because you select your choice of beast from the D-pad that means the quick access menu is no longer available to heal up with lollipops instead you have to pause the game RE4 style and heal up from there.

In an attempt to mix things up, we also have levels where you play as Bayonetta’s old friend Jeanne and Viola, Viola plays similarly to Bayonetta but Jeanne’s levels take a page out of games like Elevator Action where she stealths around in a side scroller, hiding indoors and air ducts picking off enemies one by one. While Viola plays similarly to Bayonetta, things just don’t feel as fleshed out. We actually found her combat was more effective when she released her beast, Cheshire, from her katana and she attacked with just her fists.

If you liked the previous titles then you’ll like Bayonetta 3 because its more of the same with action set pieces ramped up to 11, while there are some behemoths when it comes to bosses, the game has enough leeway with dodging and health so things don’t get frustrating and average players should at least see a silver medal in most of their battles, while it’s difficult to tell what the future holds for Bayonetta, for now, it is always special when she finally pops around.