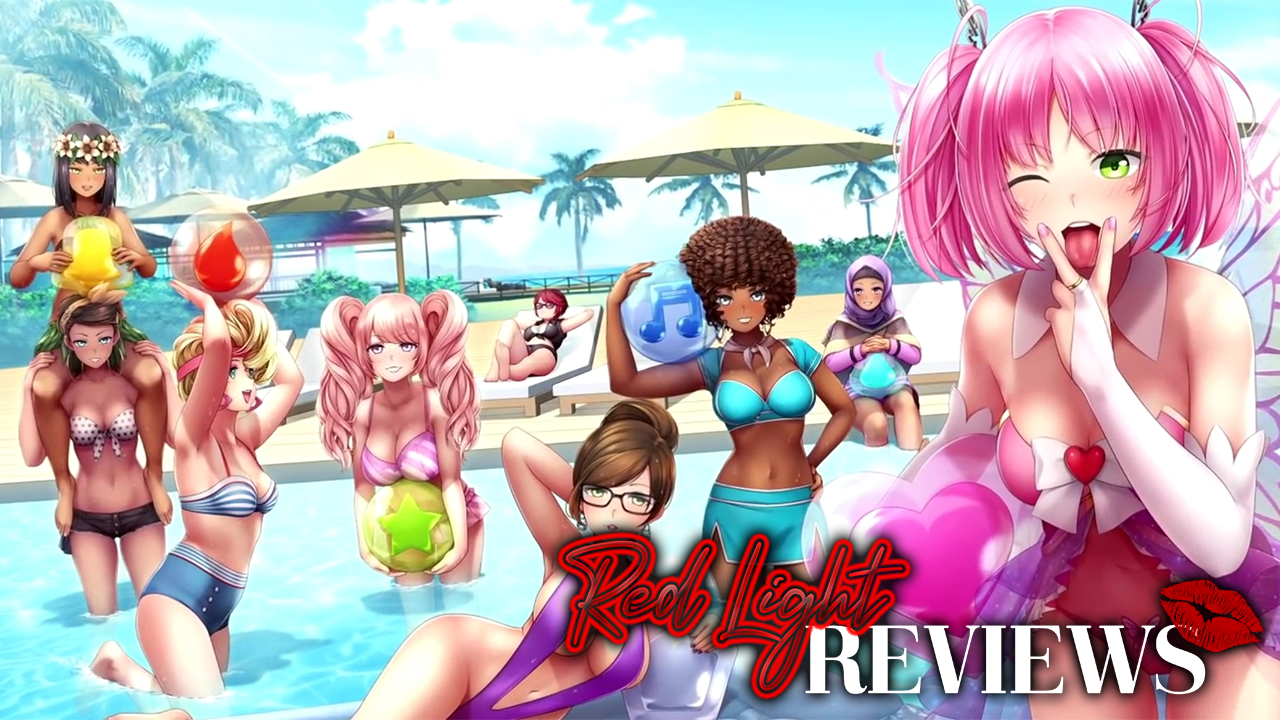 Welcome to a brand new section here on Unboxed, highlighting the newest in sexy and mature video games and what better way to kick this new section off, with one of the most anticipated sexy sequels ever, Hunie Pop 2.

It goes without saying that this article will contain explicit and uncensored material, viewer discretion is advised.

Second. I really want to get back to this. So it’s easy for me to say: “Hunie Pop 2 is just as fun as the first with curveballs and challenges that makes it a worthy sequel. There’s your review now leave me alone to enjoy my FUCKING ANIME TITTY!”

Safe to say I highly anticipated Double Date dropping. So much so that I was literally banging on my desk with each passing second the game wasn’t on steam. My only fear and concern for Double Date was the lack of best girl, Nikki. Other than that, I haven’t been laid since August so I have a lot of pent up energy I need to let out on HuniePop’s fine creation.

The game begins during Ashley’s climax. A new character making her debut in the HuniePop cannon. And the reason why I quickly forgave Hunie Pot for the lack of Nikki because, fuck me she’s all I want to be. I wish I was that fucking hot! After Ashley departs Kyu makes her return and it’s honestly like she never left.

The game picks up several years after it left off. Kyu makes references to the secret characters of the first and how much of a pathetic virgin you were when you first met. Kyu then tells you that the Nymphojinn (space hookers) are about to wake up and destroy everything unless they get a good fuck (ugh mood…). So she recruits you, the once pathetic virgin now banging hot ass models, to fuck the hookers good and make them sleep for another 10,000 years.

Pack your suitcase full of panties bitch! We leave for Inna De Pota first thing tomorrow. Get checked in, get your new gear, and find some hot dates.

As stated in the introduction, Double Date is just as much fun as the first game. It has the same shameless humor and vulgar charm I love about HuniePop. Some things haven’t changed however. The voice acting still isn’t great, but it’s not terrible. It’s good, could be better, especially with some of the moaning, but good enough for an indie game that doesn’t seem to have a very large team. Half of the gameplay is what you remember from the first, and some old faces rejoin the cast. But I better not get ahead of myself so let’s take this review a step at a time, shall we.

While you don’t necessarily have to have played HuniePop before Double Date, the game does minorally expect you to have played the first. Not only because of the call backs but also in gameplay. Kyu does give you a refresher of how the puzzle mechanics works and after having your fun in the mile high club your good to go. Well… mostly…

There’s much more to learn while playing Double Date. Refreshing on the basics and learning how to focus on each girl is easy enough. The challenge comes with the new ‘Stamina’ and ‘Baggage’ feature. And the changes don’t stop there. You now have several new lovely ladies to interact with. Each having twice the questions and convos than the first game. Even the damn store has been revamped and requires more time and consideration. In other words, its now much easier to get a gameover.

Just like in the first time, the Hunie Bee will point you towards your next interaction. It also saves all the info about each girl, their likes, dislikes, ect. Unlike the first game, it only takes two dates to get them in bed. The Hunie Bee will notify you when the girls are DTF and you have the chance to unlock those sweet, now automatically uncensored (thank you Steam) pics.

However, you’ll clearly not done with the girls after the dates. There’s still plenty more to unlock with them. Like their clothes, interest, and now, baggage…

Baggage and stamina are new features meant to slow you down. In the first game the girls did have some sort of stamina. You couldn’t continue to talk to the girls if they were hungry. Here it’s kind of the same in the interaction portions. If you want to increase the girls’ stamina, you have to feed them. But this time they won’t eat just anything. So be careful not to waste your Hunie Seeds on food they won’t like. In the dating sections you raise the girls stamina by matching the new stamina tokens or giving certain gifts.

Also during talking segments, you have a chance to learn about each girl’s baggage. These things are bitches and I love them! They make the puzzles way more complex and challenging. Baggage is different for each girl and will affect the way you play the puzzles depending on who your focusing on.

For example, one of Lola’s baggage traits is ‘Miss. Independent’. Making it more difficult for you to give her date gifts. Not that much of a challenge in my eyes. Then I go on a date with Ashley and Lil and it’s an entire different story. I was seriously examining the board for the next best move. I couldn’t risk having too many hearts because Lil’s ‘The Darkness’ baggage reversed the effects of Passion and Broken Heart tokens. While with Ash’s ‘Easily Bored’ Baggage, I wasn’t willing to risk matching the same tokens twice.

So be careful and mindful. If you piss the girls off too much, it’s game over. If you exhaust them both at once, it’s game over. Even the shopping system provides new minor challenges as now, the currency for the gifts is separate. And you don’t want to waste your Hunie Seeds now perishable items.

As for the girls, I would say they’re just as good, if not better than the last game. I wish I had (or was) a Kyu in my life. She’ll never change and I hope she doesn’t. Just like the last, your best girl depends on your taste. These girls are meant to represent different attractions for different players. So I’ll gravity towards nerds, gentle, and DTF girls like Nikki, Beli, and Ashley. But I can live without Jessie, Tiffany, and Audrey because I’m not into bitches, milfs, and girls next door. Thankfully, they’re just as easy to talk to as the last time. Most of the time…

You’ll still kick yourself for choosing the wrong answer, and let out a ‘yeeeees!’ when being rewarded for picking the right one. Just like in HuniePop, I find it easier to talk to some girls than others. I was comfortable chilling out with Beli and Ashley because they were my type and I found it easy to answer honestly as myself and be open with them. Lil and Jessie on the other hand are challenges because I’m so out of touch with them I don’t know what the right answer will be sometimes.

I think that sings high praises of HuniePot’s writing. While some may find the dialogue to be cringe, while I think it’s humorous. When it comes to the girls he really thinks about them. None of them sound the same in their respective games. While I do see a lot of Audrey in Lillian, that’s mainly in archetype. The more I talk to Lil, the less I see Audrey and more I view her as her own person. When I talk to Ashley, I see a lot of myself.  While I interact more and more with Nora, her walls come down and she’s more humble and human.

Only in my spank bank…

While the voice acting has changed much the game did receive a glow up. I loved the avatars in the first game, but I love them even more now. I mean… DAAAAAAAAAAAMNLola! LOLA!!!! If this the same woman! In the first game she was just cute. Now she’s a fucking bombshell! I mean, the fact half of the girls are half naked most of the time was already good enough. But fuck me! It must be the blush because each of them are so damn attractive now. Come on, Kyu’s wings are GLOWING now! What a difference six years make.

Oh yeah, I forgot to mention some of the profile pictures for the girls are lifted from HunieCam. It’s a cute little detail that may go unnoticed. But still cute.

If you haven’t played the HuniePop games I highly recommend them. They are the best dating sims I’ve ever played. Not one of the best, the best! Buy and play one now, making sure you get the secret characters as well. Then move onto Double Date. You may want to get HunieCam on sale as some fans didn’t find much appeal in it. While your at it, support Spiral Scouts for me. I would like for HuniePot to make more games. And I’m going to continue to follow him closely.

Now… leave me alone and let me play my fucking titty games.