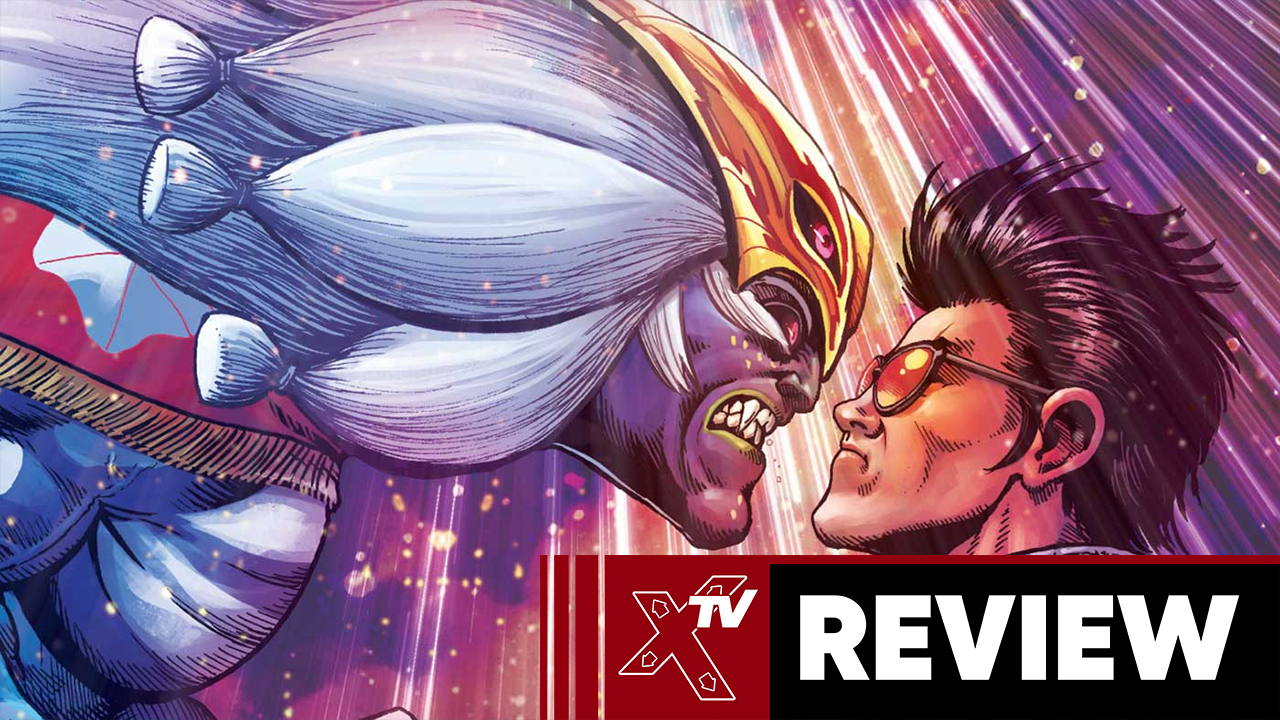 11 years after Desperate Struggle, Suda51 has finally gotten off the toilet to give us the third true installment in the Travis Touchdown saga with No More Heroes 3. Two years ago saw the video game equivalent of a hostage negotiation in Travis Strikes Again, a bland, monotonous top-down adventure that stripped away everything interesting about what made No More Heroes fascinating, but was described as vital to get the true sequel made. Whether that was true or not we finally got confirmation later that year of the 3rd game in the series coming exclusively to Switch.

The original two titles were true diamonds in the rough of the Wii third party, Suda51 was one of the only developers outside of Nintendo to truly get the Wii and its unique control scheme, especially the….suggestive motions to recharge your Lightsaber. The series has revolved around prime otaku Travis Touchdown and his goal to become the number one ranked assassin all to impress the illusive Sylvia of the United Assassins Association.

This time Travis is battling against the entire universe as Santa Destroy has been invaded by a ragtag bunch of aliens from each corner of the galaxy, much like the previous titles the best way to play the game is with the Joycons in each hand similar to how you would use the Wiimote and Nunchuck. First off the controls are super responsive and the flick needed for the final blow is incredibly easy and barely requires any excretion.

Because the Joycons have way more buttons than the Wiimote and Nunchuck this opens a wide range of new moves and abilities for Travis to dish out including a set of Death Glove moves and even turning into a god damn Kamen Rider. While the game still plays a lot like the previous titles it’s the presentation that really helps it. The game literally opens up on some watching a let’s play of an obscure Famicom title only to go right into a family friendly anime about a kid and his alien friend Fu with every level opening and closing like an anime recorded on VHS.

That being said the game has gotten rid of a few things that were present in Desperate Struggle, the supercharge powerup has been replaced with a lucky 7 draw that you can then unleash whenever you need to during that battle, but health can be a frustrating thing to replenish. While it is now possible to recharge the katana while walking, you gain health back by buying sushi and then scrolling through it during battle, only problem is that this is on the Dpad so it’s impossible to move while you slowly scroll to find the right sushi, we ended using the left joycon as a single controller at the times we needed to down some sushi

We’ve also seen a reintroduction of the open world aspect from the original game and thankfully it has a bit more gravitas this time. The original game’s open world was essentially a deserted area that really only served to take you from point a to point b. This time there is plenty more to do with battles littered all over the place, but these designated battles have also taken away the fights with the hordes of goons before each boss. Plus there doesn’t seem to be much variety with the odd jobs, previous games had you picking coconuts, cooking steak and everything in between. Now it seems you only unclog toilets, pick up rubbish and mow the lawn and you need to do this stuff to earn money for the real fights

The main issue with No More Heroes is that while the bosses can be wild and flashy, everything between them can get incredibly samey and monotonous, there’s only so many times you can be grinding the same mini games and going only vague scavenger hunts before you feel bogged down with it all. What’s worse is that even though they are featured at the beginning, neither Shinobu or Bad Girl are playable during the game.

What kept me returning though was that trademark Suda style of humour, Travis’s contrast 4th wall breaks to the camera and gushing with his friend about cult movies, Jeane the cat now talking and like a black guy, doing the Akira slide on your motorbike and especially the range of boss fights which even include a round of Musical Chairs

While their is some jank with No More Heroes 3 its still has that Suda51 flair we know and love, even if some of the shine has faded away over time

PROS
Controls feel just as realible as they did on the Wii
New Death Glove moves offer different strategies
Suda51's style of humour still slaps
CONS
Game can drag on between boss fights
No other playable characters
7.5