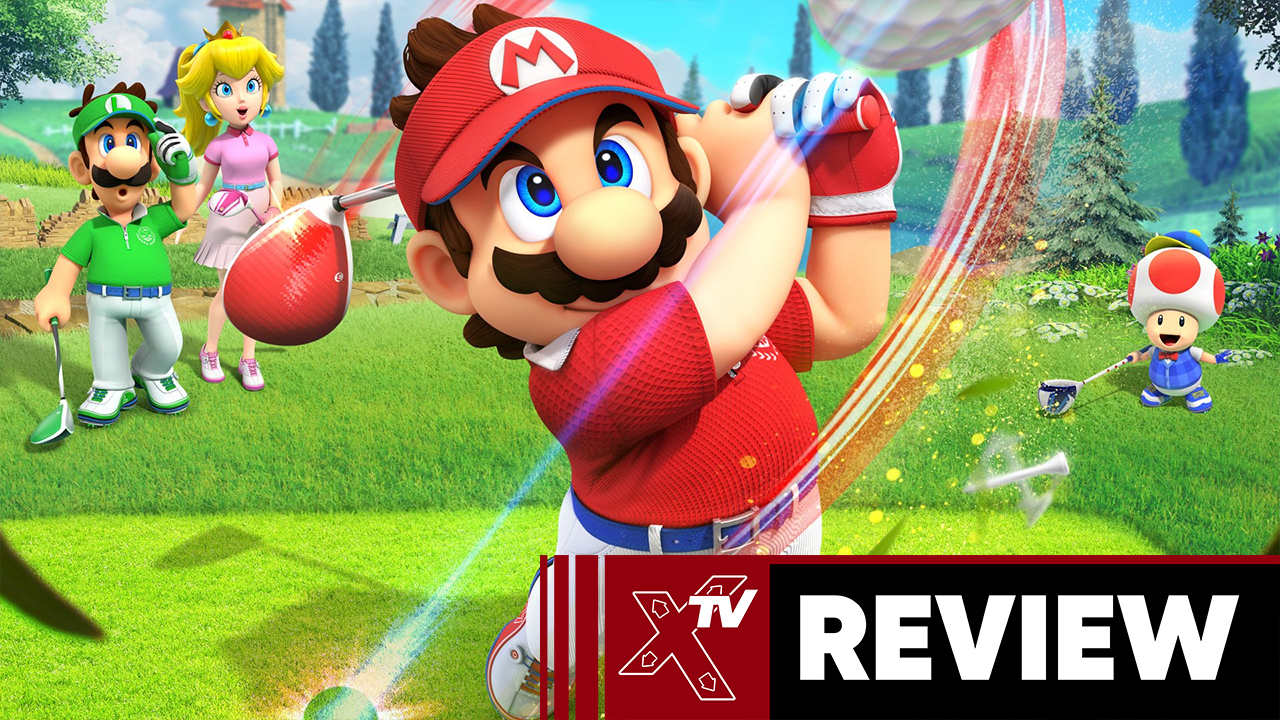 It’s been a while since we’ve seen a Mario Golf release on console, hell the last one was on the GameCube and honestly does anyone even remember that one. The last title in the series I can honestly remember was the original game that was split off between the N64 and Game Boy Color, you could actually team the two games together with the handheld version containing a RPG that could be uploaded with the Transfer Pak.

I say this because the latest iteration of the series on Switch has seemingly taken both those games and merged them into one, giving us Mario Golf: Super Rush. From the menu you are given two options, play Golf or Golf Adventure, which is the RPG portion of the game. The normal Golf Mode looks fairly simple but it can be almost deviously intricate, sure you have Wind and everything but there are also times you use a Top or Back Spin, how to deviate your swing or hitting a Lob Shot. While the standard Golf gameplay is clearly still here, I found myself gravitating way more to the Golf Adventure mode which has you play as your Mii in a giant Country Club, playing through all the courses will see you raise the stats of your character which you can then play as in Normal Mode. One of the biggest gripes I have with this mode is the voicework, all characters cycle between two and three sound effects when they are talking and it is positively ear grating, the only thing more insufferable is the voice of your own Mii

Obviously regardless of the modes you playing whether its a regular round, Speed, Cross Country or Battle, you are still at its core playing Golf, so if you are not a big fan of the game like I am you may find yourself getting bored quickly, as the game takes forever to really get going and it can be a real slog when playing certain modes.

Speed Golf is the stand out mode for me as you hit your ball and make a quick dash against your opponents to get it into the hole, one issue I have especially with CPU players is you have to wait until they finish their games before moving on. Battle Mode is an interesting concept with players duking it out in an arena where the goal is to score the most holes, but there are only a few arenas and it ultimately feels like a wasted opportunity than anything else.

While the characters in game have power moves they really don’t help much on the course, most are just there to give you a more accurate shot with no bouncing afterwards. There is so much more that can be done with Mario Golf to make it more accessible to people, take the Golf game in Wii Sports, it was simple yet effective, anyone could pick up and play a few rounds. Or the retro styled Golf Story which took golf and centered it around a top down adventure game. Compared to them Super Rush just feels fairly lackluster and complicated. We tried the motion controls as well and honestly, compared to the trusty Wiimote the Joycons are way too precise for any sort of fun, I found I was always hooking the ball fairly badly and as for putting, just forget it.

Online play should be the game’s saving grace but even that has issues, if you are playing a standard round of golf each player can take turns separately so you’ll be waiting while the other players play their shots in real time, it’s rarely a good sign if I can get up and get a snack or go to the toilet during an online match. At the very least you are able to search for any kind of match type possible.

If it sounds like I’m knocking Mario Golf: Super Rush it’s out of disappointment more than anything, true I’d rather take a 9 Iron to my own knee cap than actually play golf but at the very least Mario Golf is fun to pick up and play for a while, especially the speed golf sections. But maybe a bit more time in the Ball Washer could have done it some good