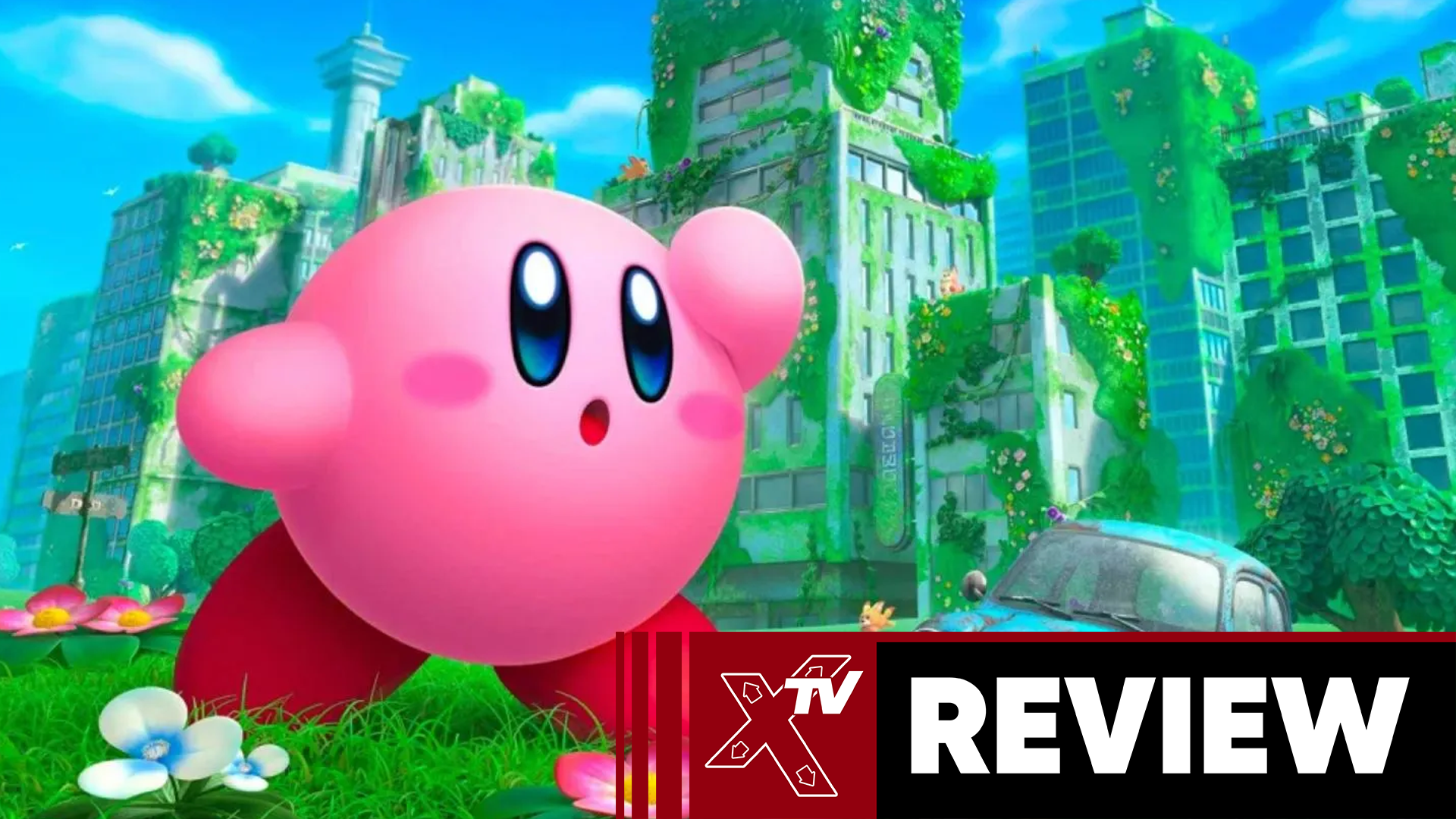 After almost 30 years Kirby has finally embraced the third dimension in something other than a racing spinoff. This new take on the series has Kirby arriving in a desolate land filled with creatures to inhale and objects to wrap around. While initially believed to be a fully open-world setting I’m afraid you’ll be disappointed as the game honestly feels like a 2D game in disguise.

The story in this brand new game continues the streak of insignificance the series is known for, an unknown dark evil looms over Kirby’s home and proceeds to suck up all the inhabitants and bring them to what looks like a more colourful version of the world from Nier Automata. There really is no introspection into who the big evil is, why they want to capture all the Waddle Dees and their ultimate goal in regards to everything, and quite honestly it wouldn’t change the game much if we did know.

While the game promotes itself as Kirby’s first foray into 3D, at this point it really isn’t anything to celebrate with it now been over 25 years since Mario wowed everyone stepping into the new dimension. The big difference here is that Kirby plays exactly the same as he did in 2D and that is probably my biggest issue with the Forgotten Land, with its barriers, directional arrows and no real diverging paths except for some secrets, the 3D feels like an imposter or at the very least outdated.

With that said, while Kirby does play the same as before, floating, inhaling enemies and copying their powers. We are introduced to a brand new concept called Mouthful mode which sees Kirby wrap himself around inanimate objects like cars and traffic cones, at first it’s oddly unsettling but soon enough, seeing Kirby drive like a car, or roll around like a pipe does earn a few laughs, however, most are just there for small set pieces, you’ll be happily running down foxes in your car and then run into a ladder meaning that you have to spit it out or seeing the cones means they’ll be some pipes nearby you will have to smash.

They are plenty of power-ups that Kirby can acquire and they all have their benefits and setbacks, while some levels basically demand that you use a certain one by way of putting them right there for you to pick up. Some powerups are way overpowered to the point you can just spam them relentlessly, while others are as insignificant as your sidekick in this game, Elfilin. Even during boss battles, you get to choose from a variety of power-ups and even without them the bosses are pretty much a cakewalk.

Outside of the main levels, there are also Treasure Roads, these are bite-size challenges that utilize a certain powerup or Mouthful, they are quite fun but are sadly over before you know it, but you need to do them to upgrade weapons in Waddle Dee Town, which continues growing as you rescue more of them.

While Kirby games had always been on the chill side when it comes to difficulty, we all know the real challenge is fully completing a level. Each one will have several hidden Waddle Dees that you need to snoop for but also ones hidden behind specific challenges and tasks, as well as a full range of collectible figurines.

While I had fun with Forgotten Land I couldn’t escape this nagging issue in the back of my mind, the issue that I’ve done it all before. While Kirby has branched out in recent years with games like Magical Paintbrush and Kirby Fighters, the core series has virtually gone unchanged for almost 30 years, even his first foray into 3D just felt like just another title. While it looks like there is no letting up for Kirby anytime soon, I worry how much longer our pink friend can go before getting stale

PROS
Absolutely gorgeous level design
Mouthful mode is equal parts disturbing and hilarious
That familiar Kirby feeling.....
CONS
...which is a problem. Even switching to 3D, Kirby feels the same.
Some Powerups are seriously overpowered
8