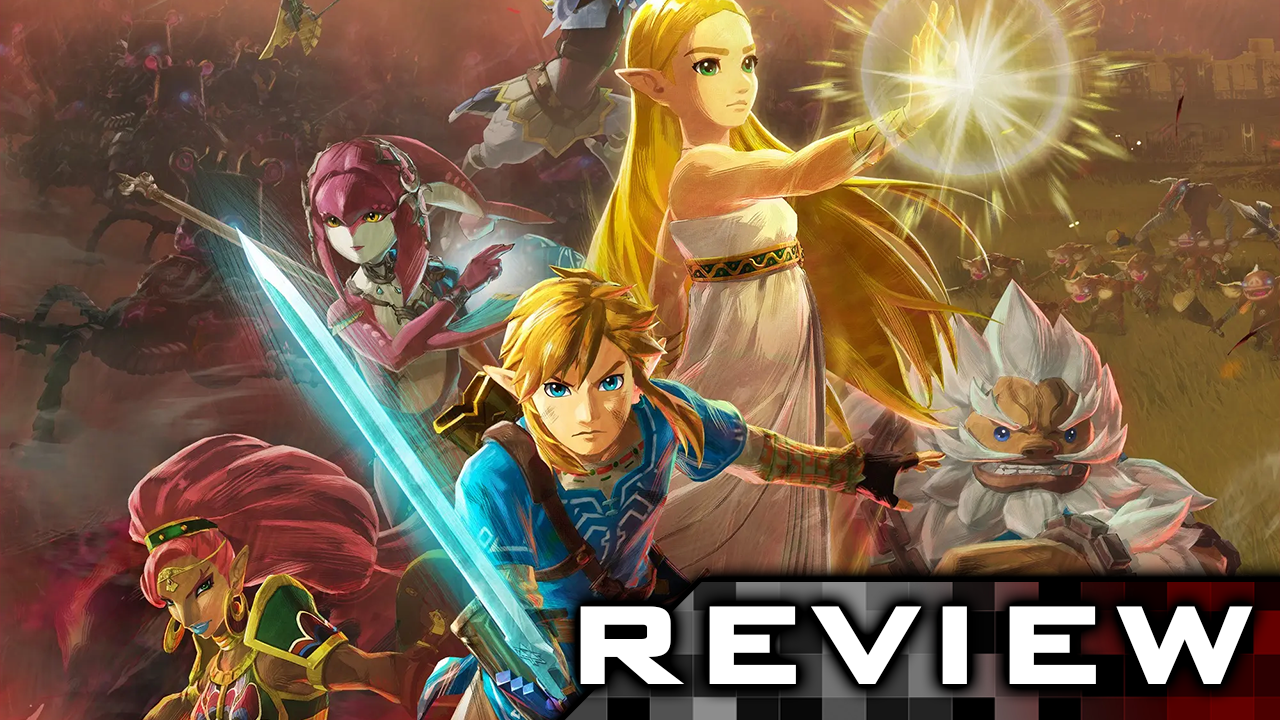 I remember when Nintendo originally announced the first Hyrule Warriors back in 2013, back then it was an absolute gamechanger seeing Nintendo doing a crossover with one of its biggest franchises with a third party series like Dynasty Warriors. Many people, including yours truly were incredibly excited, I vaguely remember seeing Jim Sterling verbally blow his load at least a few times on Twitter when the game was first announced. When the game was released in 2014, it didn’t set the world on fire but it was a great new spin on the Zelda franchise and the landmark collaboration was enough to consider it for our Game of the Year in 2014.

Six years on and Hyrule Warriors is back but this time it is an even bigger deal, why the original game as almost like a greatest hits compilation featuring characters and settings from the entire history of the Zelda series, this new iteration, Age of Calamity is set up as a prequel to Breath of the Wild, set 100 years in the past before Link went into his century long sleep, only this time we are introduced to a brand new character in essentially an Ancient version of BB8.

This adorable little robot appears in Zelda’s room right when things turn to absolute shit in Hyrule, only for him to open a portal and travel into the past essentially giving us a whole new split timeline theory…..greaaattttt. Like most Warriors game you aren’t just playing as one character but you are able to select from a whole range including Impa, Zelda and the four champions Mipha, Urbosa, Revali and Datuk. While it stings seeing all these characters knowing what eventually falls them all, every character has a distinct fighting style with Mipha’s water style and Zelda primarily using ancient technology. Also, despite appearing as a youngling, it seems we have some more time travel occurring as everyone’s favourite fishboy, Sidon, is playable.

Age of Calamity seemingly fixes all those niggling little qualms that people had with Breath of the Wild, first and foremost there is no weapon degradation. It was without a doubt one of the most frustrating parts of the game, constantly having to find a new sword halfway through a battle. While you still collect numerous items, food and weaponry in Age of Calamity you really only address that between missions where you can sell or even fuse loose weapons together. Even frustrating enemies from the original game like Lynels have been essentially neutered here to the point that you can easily defeat them,a lot of aspects from Breath of the Wild have been brought over here including Flurry Rush, Paraglider, even the freaking Koroks.

Another return is the map of Hyrule which is where you select the levels, but there is so much more including little side missions and services that help upgrade all aspects of your characters. There has clearly been a lot of love and detail put into what is essentially a Breath of the Wild prequel, even small things like being able to play with Japanese audio. No offence to Patricia Summerset but her attempt at a Faux English accent is just as cringey this time around as it was in the original.

While combat is fairly standard for a Warriors game, Normal Attack, Heavy Attack combos and Special Moves, lock on has been placed on pushing down the R-Stick and there really can’t be any more of a complicated or out of place button then that. You can have up to 4 characters in your party during battles and are able to seamlessly switch between them at any time, this helps in traversing the map quicker. We also see the Ancient mechanics make a return, bombs make a comeback with even explosive barrels all over the place which make for a satisfying clearing of areas. But the other three just may as well not be there, the Ice really just amounts to creating a platform to paraglide off, the magnet just picks up blocks to wack enemies with and stasis is pretty much nothing, you were able to send trees flying in Breath of the Wild, now good luck with Stasis can even take care of a big Moblin.

But any issues are completely washed away when you pilot the Divine Beasts, I will just repeat that for the people in the back You. Pilot. DIVINE. BEASTS! I could have started and ended my review right there and called it a day, there are segments where you get to pilot all four divine beasts with the Champions, where you can shoot, trample, rain destruction where ever you go and send killer death beams that annihilate everything in its path. I mean, what else do I need to say? these segments alone are worth picking up this sequel.

Hyrule Warriors 2 isn’t Breath of the Wild 2, but it is a damn fine morsel that could tie you over just a little while you wait.

PROS
YOU. PILOT. DIVINE. BEASTS!
No more Weapon Degradation
Wide selection of fan favourites to pick from, including Sidon
Each characters combat is incredibly varied
….did I mention you can pilot the Divine Beasts
CONS
Battles can get repetitive
Lock On is extremely awkward to activate
8