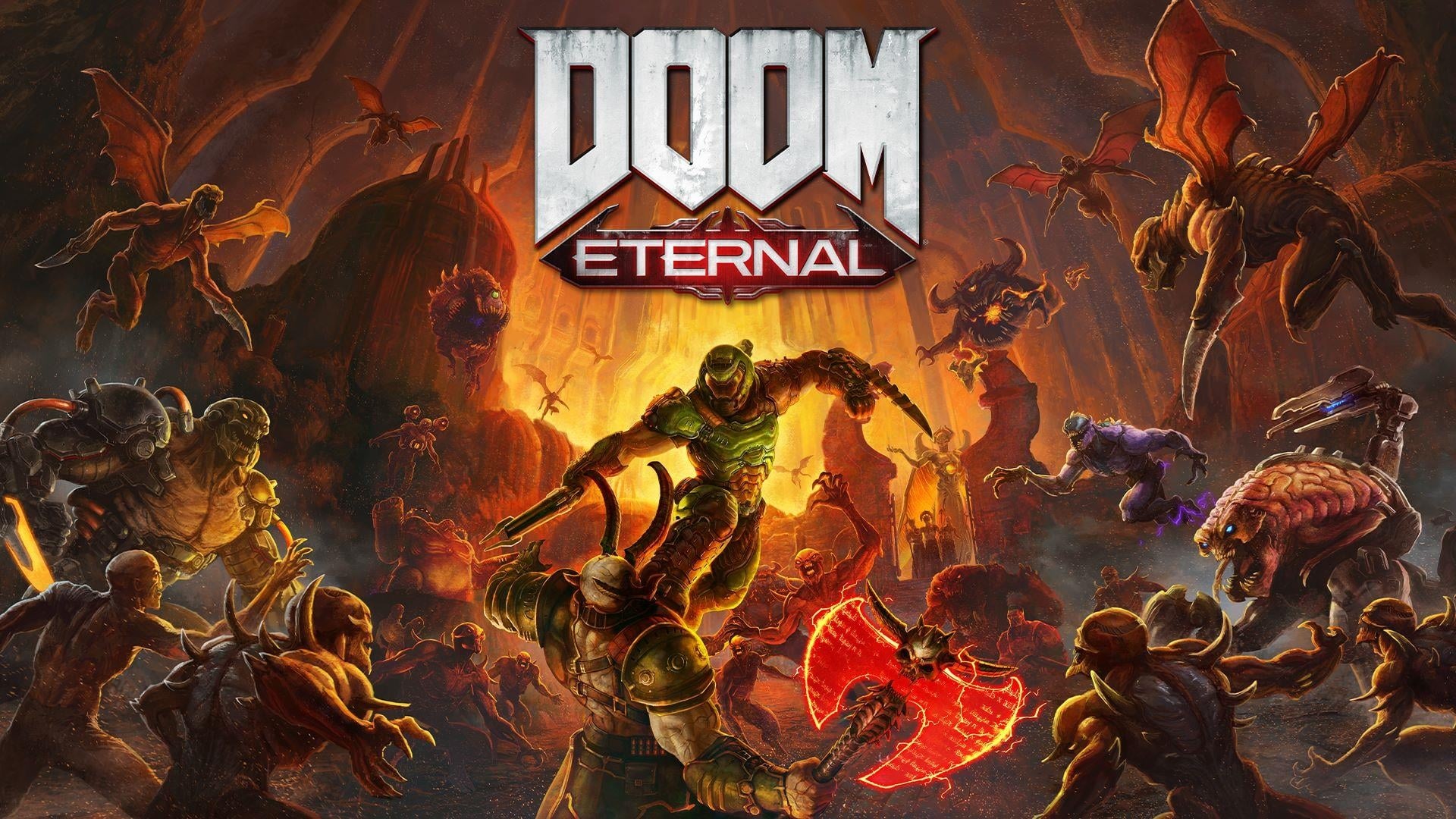 Sometimes it’s better to have a game that only just meets expectations, gets average reception, doesn’t set the world on fire but mildly singes it, that way you are not expected to exceed even that with your next game. Take DOOM, the 2016 version, being the first iteration in well over 12 years, and already one version, one horrible, uninspired, carbon copy of Resistance version meeting a bloody chainsaw in the backroom, the series already had high expectations with the original titles being the trailblazers they are and recent Mods like Brutal DOOM.

It goes without saying that DOOM 16 was an absolute win, after well over a decade of samey, grey, military-style shooters, Doom Slayer rose from his grave, told the plot to go fuck itself and punched, snapped, cracked and chainsawed Demons into a bloody mess, and it was brilliant. You may remember that DOOM was my No 3 Game of 2016, just behind Overwatch and Pokemon Go respectively, and honestly looking back on it, especially how I have fallen out with both those other games, DOOM 2016 was the pinnacle in games that year.

But, let’s get back to the future expectations here, obviously, after DOOM 16 became such a big hit, winning awards from all publications, there were obvious expectations to top themselves with the sequel, more weapons, more glory kills, ballsier enemies, essentially making the whole game Bigger, and Better.

Well…..they got the Bigger part down.

Booting up DOOM Eternal for the first time, my excitement and anticipation soon turned into confusion, into frustration and finally boredom. It seems that in an attempt to make a Bigger sequel in DOOM Eternal, the guys at ID threw everything at the wall and hope to god it stuck and well, I may want to recommend less fat in their diet because a lot sure did stick.

It actually starts off on a positive note, throwing out the pitiful pistol and starting you off with a shotgun and chainsaw, the chainsaw even has a regenerating single gas tank so you aren’t scouring the map for them again, but soon enough things start to fall apart.

One of DOOM’s weaker areas has always been narration, it was never a priority during the more halcyon days of the internet, fearing a distraction from all the demon-slaying and bloodshed, the DOOM story was tucked away in a tiny little corner where no one could find it, like, the original DOOM had a story, no really, I think it involved a pet bunny or some shit, and does anyone even remember DOOM 3’s story? Did you collect all the PDA’s just to get every riveting moment of it, he said with sarcasm dripping from his fangs. The best example of DOOM’s approach to narration was the number of times Doom Slayer showed he really did not give a FUCK about it in DOOM 2016, pushing monitors away, stomping at energy cells and doing everything except giving Samuel Hayden the middle finger.

DOOM Eternal, on the other hand, proceeds to cram more narrative than anyone ever wanted or needed, I mean, previous DOOMs did have a story for people who wanted it badly enough, if you looked hard enough. But this time, we are introduced to so many characters and diety’s that mean absolutely nothing, at one point Doom Slayer even bows to one, so we go from an unstoppable killing machine to this?

Speaking of the Unstoppable Killing Machine, it looks like we caught him on an off day, maybe he’s coming down with Corona, maybe he just wants to go home and play Animal Crossing, whatever the reason it just doesn’t feel like the same guy this time. Look, I’m not the best gamer in the world, that’s for sure, but even I was able to go through DOOM 16 with fair ease, yeah there were a few hectic moments where higher class enemies were swarming in on me, but DOOM Eternal seems to have those encounters every other battle, even just playing on normal difficulty you were continuously pummeled with Cacodemons, Hell Knights and Mancubuses oh my!

What’s worse is that some enemies require strategies to take them out, waiting for the right time, their eyes flashing green or some shit like that and it honestly frustrates me, with DOOM 2016, he was an unstoppable force, punching through anything and everything he deemed fit, now he can barely get past a Demon Lord’s shield while Orange Ghost Dogs bite his face and the BFG barely tickles, oh and if he wasn’t already there, I’d tell the Arch-Ville to go to hell, the demon summoning, bullet soaking prick that he is

Which brings me to the Weapons, all the standards are there, Shotgun, Super Shotgun, Shotgun 64, Pulse Rifle, Chain Gun, but they have seemingly added more additional weapons and attachments, adding a missile launcher in both hot and cold flavours, and while you need Glory Kills to get health, chainsawing is really the only way to getting a vast quantity of ammo and then use the flamethrower to get more shield and then, of course, there’s Hell Punch and when you are not fumbling with your controller trying to figure out which weapon to use in the heat of the battle. You are plummeting to your death in one of the games many, MANY platforming sections, with a double jump and air dash in place, DoomSlayer spends countless parts of each level, clinging onto walls, dashing in mid-air, and missing floating platforms which just make the gameplay more like a Metroid Prime than a DOOM.

Now, don’t get me wrong, I love me some Metroid Prime, I would love nothing more than Samus to be at the end of my shotgANYWAY. While I love Metroid Prime I don’t want it in my DOOM Eternal, so stop Reese’s Peanut Butter Cupping me.

Look, I’m not happy saying all this, DOOM Eternal had been on the top of my hype list for months, I had spent all that time absorbing the Animal Crossing meets DOOM posts like a god damn memewhore, this WAS my game for 2020 and I am absolutely heartbroken that I didn’t enjoy it more, look I will give it credit, the game at least looks bloody amazing at least, but in an attempt to go harder than before, the guys over at ID went way too overboard, in the end, this has been the most disappointed in a game I have felt in years, with one simple reason.

It should have been better.