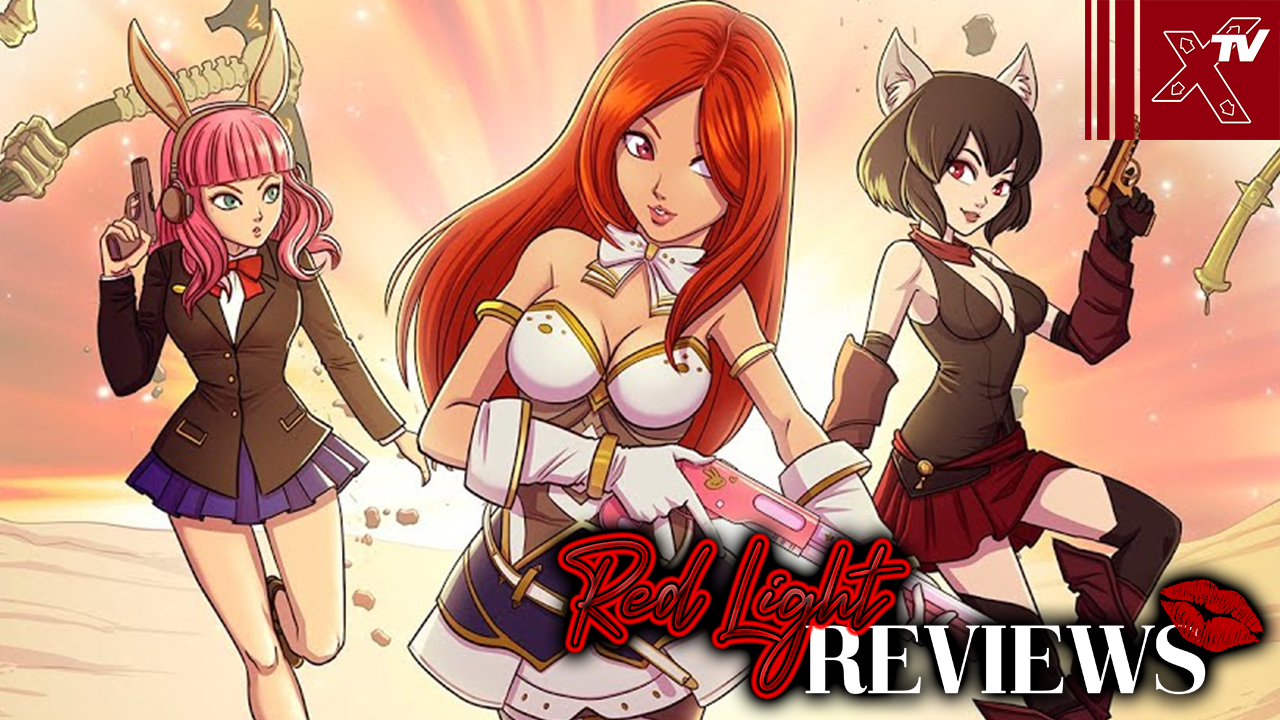 Welcome back to Red Light Reviews where we look at some of the more…..risque games out there, and this is certainly one of the more interesting ones just for where we are playing it.

Yeah, that took me by surprise, this game has a full on “Uncensored Mode” which really just amounts to getting your tits out. I believe the PC version may be fully naked but even Nintendo is not going to allow something on that level.

It honestly surprises me that Nintendo would allow something like this on their system, but the nudity is balanced out by just how little of any reward the game is. The whole thing amounts to 3 levels, with 3 or 4 varieties of the same zombies and reapers, virtually no strategy besides always strafing and really nothing to show for it, no unlockable artwork like in similar games, just a few interchangeable costumes. The design of the game is’t any better, honestly looking like one of those shoddy early access games on Steam Greenlight, while there is no shame in using prebought assets to make your game, Hentai vs Evil just feels like the kind of game you’d play once as a joke and forget about afterwards.

At the very least the game does work, moving the thumbstick to aim is functional. You have unlimited ammo and you can move around freely, even though the jump animation just feels like you are flailing around. There isn’t any kind of narrative on who you are or what happened to have grim reapers everywhere, I’m not suggesting that every titty anime game should have plot,but it may benefit the attention span of anyone besides the 15 year olds who will ultimately buy this game.

Or maybe im overthinking this