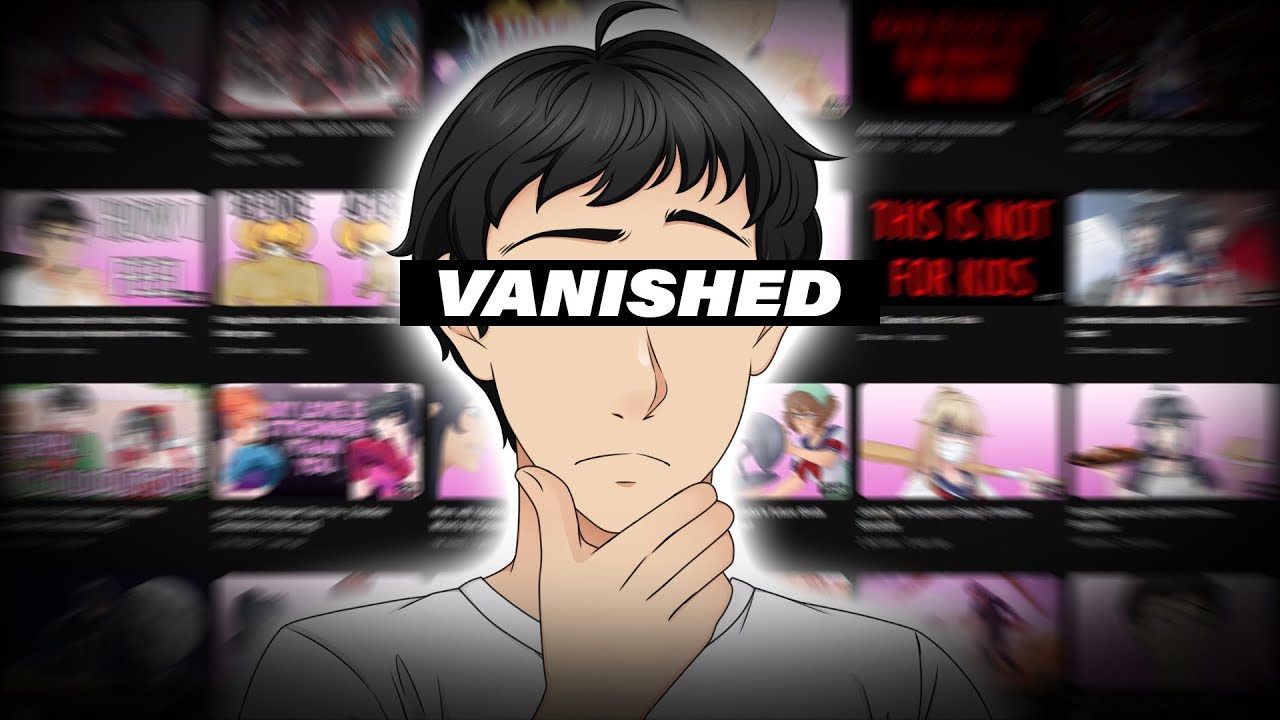 A brief recap for all of you: In October 2021, I’ve moved to Richmond, Virginia from Detroit, Michigan, and Yandere Simulator released the last update that mattered: Yandere Simulator: 1980s mode. The game continued to show no improvement or real progress in its development. Along with Alex, AKA Yandere Dev, exposing to the internet that he’s a garbage human.

I played the buggy nightmare, wrote an unsavory article, finishing the piece with a picture of my doggo that you dear readers seemed to enjoy the most. I can’t blame you, after all, Jewel is a very good girl. From there, I, and subsequently enough Alex, pissed off to follow our own paths. Mine to eventually fail Physical Therapy school, fall back into my depression, and became a hermit to save myself from further traumatization that comes from living in the American south (yeah that didn’t work out and I’m getting so much psychedelic therapy). And Alex continued to NOT complete his game.

So, here we are now, one year later. I’ve switched from PTA to Massage Therapy school just to get the fuck out of the south. I have new trauma from living in this boring backwater. I’ve written and self-published three short stories with the fourth on the way and three more in the works. I’m now a stripper and a cam girl, the only two good things that’ve come out of the worst decision of my life. I’ve visited places I’ve never thought I would see like Myrtle Beach and D.C. I’m currently working on a new series for this site (stay tuned). I’m currently days away from graduation and moving back home. Finally, Jewel is now the ripe age of 12, and is currently so spoiled her pet sitter sings Les Miserables to her before bed.

That is to say that in the past year I’ve done and accomplished more than this game has seen actual development. When I woke up this morning to Editor-in-chief Nick sending me Alex’s latest video, I instantly rejected writing this article.

Nick respected my wishes but reminded me that my previous YanSim articles were pretty popular on the site. And I must admit, I feel a small sense of duty to write this piece, no matter how nonsensical it may be.

Just kidding, I’m having a bad day and I feel like bitching.

I told Nick that he owes me and here I am now. Let’s get this out of the way because I have bongs to rip, my mom’s shawl to finish crocheting, and a book to finish writing.

I will give Alex credit for not wasting too much of my time with his latest video. Three minutes of my life isn’t a bad number to lose. However, that doesn’t mean I’m not pissed at the brief amount of research I conducted after watching his video. I hate it when this man has me asking questions about his game’s lack of development. Thankfully, some were easy to answer. Such as:

Q: How the fuck does this guy have the money to keep hiring voice actors and get a V-Tuber model?
A: Patron

Q: Who the fuck is funding this guy’s patron?
A: For the sake of sanity let’s not dwell on that too much.

Q: Has Alex stopped being a garbage human?
A: Is the American government worthy of my day-old shit?

Q: If he doesn’t have time to make videos on his main channel, what the fuck is being posted on the side channel?
A: Filler. Once a month Alex breaks out his V-Tuber and Fan and V-Tuber and does things like answer fan questions and ‘what-if’ scenarios for the game. I don’t have the time to further spend on this man’s YouTube content to look into if they actually relate to game development or not. But, knowing Alex’s history I’m going to guess no.

Q: You know, in another universe, years ago, Alex would’ve made a similar video like the one from today. Stating that while he loves the YouTube audience, constantly producing high quality videos is taking too much of his time. Seeing how he’s getting into the meat of the game’s development, for the next few months, he’s going to be releasing shorter, less highly produced videos showcases new additions and bug fixes. Not to worry, he will produce a larger video once in a while with each major update. And he’ll be reading comments for feedback and taking notes.
A: His audience will be supportive as Alex has proven himself to be a confident and capable developer. Yandere Dev will be finished in a timely manner. And the game would have received earned reviews and today Alex is working on another game and sharing it’s development alongside his loyal fan base.

Q: So what did Alex really work on over this past year?
A: Sis, you already know the answer…

Dear reader, let’s get this out of the way. It isn’t that I don’t have the time to play Yandere Simulator. Its that I don’t have the time to waste on it. I’m already struggling to write this article because I was going to spend time today writing about how The Sims is a perfect stoner game before getting back to writing my own book. There’s no point or use spending more time on something where I expect the same shit in a different year.

I scanned YanDev’s developer blog and it does seem like some progress was made. Of course, most of the blog over the past year regards bug fixes, asking for Kickstarter money, and shouting out fan work. There does seem to be more areas added, items to use, and Alex does discuss how he wants the game to feel more alive.

All fine and good. But, honey, one question.

WHERE THE FUCK IS THE PROGRESS ON THE MAIN GAME?! YOU MADE A FUCKING YANSIM CASTLEVANIA GAME BUT CANT WORK ON THE MAIN STORYLINE OF THE BASE GAME?!

How many months of teasing did Alex showcase about the implementation of Osana. How long has it been since we’ve heard Alex’s final plans for the main ten rivals of the game?

As a writer I know that it can take months to write a game the size of Yandere Simulator. As someone who knows nothing about coding and game development, I have to wonder how long it would realistically take to program each main story plot into the game. I theorize that creating and finishing the game with the team of people Alex may still have will take about two or three years.

If I were Alex, after completing writing the game, I will break up the game up into chunks. The rivals are basically the game’s chapters, excluding tutorial and epilogue, so I’ll aim to program a chapter within two months. One month will be spent programming the rival’s main storyline and their peaceful and violent endings. The next month will be spend working on whatever branching storylines the rival may have.

Seeing how there’s a team of programmers to utilize, I’ll spend time assigning tasks to each programmer during these two months of gameplay development. As team leader, I will take most of the responsibility in coding the core of the game and the storyline with team A. Once the foundation for that chapter is laid, the team and I will spend time ironing out bugs and implementing smaller items that need to be added. Meanwhile I’m making notes for Team B, who’s in charge of programming that chapter’s side quests, smaller items, and fleshing out the school and world to make it feel more alive.

Once I’m happy with the groundwork of that chapter, and team B has their task, team A and I will begin to shift focus on programming the next chapter of the game.

But as we all know this level of focus organization and efficiency isn’t Alex’s strong suit. After all if it was yandere simulator would have been finished years ago. Instead, Alex prefers to work on easter eggs, making tasks way too hard for himself and working on spin-off after spin-off instead of the game fans have been funding for years. The lack of real progress is the problem and exactly why we’re here. Forgive me for repeating what the internet has been lamenting for years.

Look I’m not perfect either. I know what it’s like to lose focus. I know what it’s like to hit a wall and bang your head against it until it’s unblocked. I have a mountain of failed projects and incomplete task. Many of those projects I’m happy to have let go but some I’ve glare at in frustration hoping that it will be done simmering soon so I can finally complete it. But at least I finished projects. At least in 2022 I’ve accomplished major goals in the face of adversity. I’m proud to say that in the span of a year I completed tasks and got shit done. But that’s the key word here isn’t it? Complete.

In the alternate universe where YanSim was completed, and Alex is a capable developer, he’s probably still not the best. He’s definitely not a Toby Fox or Concentrated Ape. But, he is an inspiration and a success story. He would be the guy who made a fine game from free assets, and turned it into an original piece that resonated with its fandom and anime community as a whole.

But this is not that universe, and in a world full of broken dreams there has to be some stinkers. Even if those bombs have rightfully or unrightfully gained all the attention or money, fuck you that’s life.

In this possible simulation we live in, I don’t hate Alex. I don’t like him as a dev or a human, but as a former fan, I’m disappointed in him. That flame of disappointment has long since fizzled out. But, when I’m reminded of him and his game on days like today, it sparks back to life. I remember high school, when friends and I were really looking forward to this game.

Now, I’m 23. A proud hoe, peaceful stoner, regretful higher education graduate, dealing with new adventures and tramas. I continue to grow in this life as a person. I wish I could say the same about Alex and YanSim, but it’s been years.

Now, I view this game and it’s developer as being stuck in quick sand. Slowly sinking into its depths, waiting for the moment only their heads remain above the surface. They continue to call me back as long as their able to speak. I continue to shake my head in unremarkable listlessness, and walk away. Waiting for the final time I say goodbye.

I have my own projects to complete now.

I wish I could say the same for you, Alex.

Have more pics of Jewel