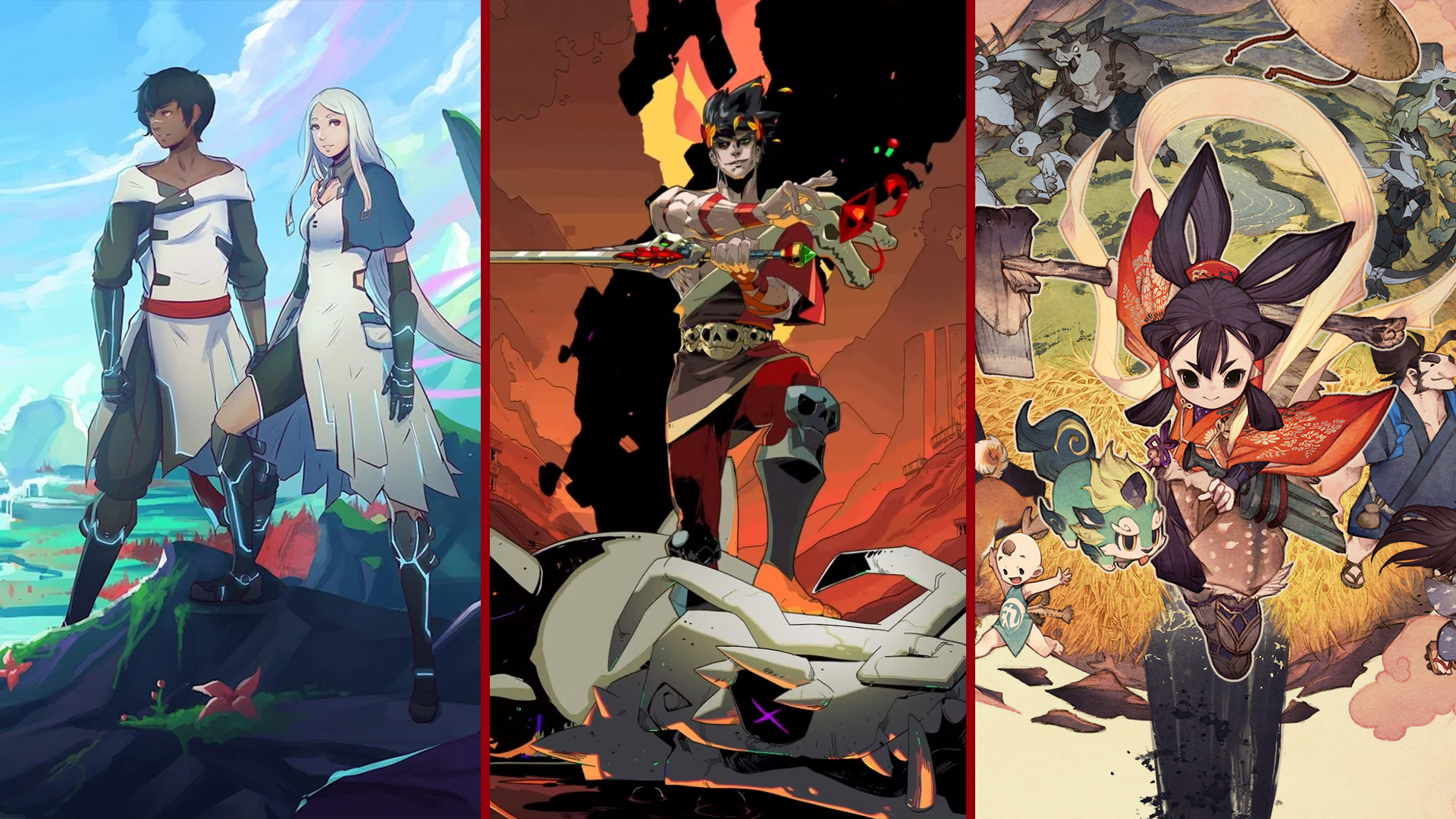 It goes without saying that 2020 has been an absolute rollercoaster, and while we are finalizing our Top 10 Game of the Year, we wanted to sit back and reflect on some of the games we overlooked this year. While we would have loved to have given every game that we played this year a full-on review, sometimes we just don’t have much to say or we played it after the release window, nevertheless we still want to highlight some of the games we overlooked this past year

Ok, I admit it, I was wrong. When I first saw this game I found it kind of interesting, and possibly sexy as well. But then I heard those fated words “roguelike” “procedural”, cue the eye rolls and groaning. I’m going to be honest, I have never been a fan of the roguelike genre, games that are brutally difficult and when you die you go right back to the start have never been my cup of tea. Do any of you watch Doctor Who, there was an episode during the Capaldi days called “Heaven Sent” where he finds himself trapped in a castle, hunted by a cloaked figure and punching at a huge diamond rock to get out. He ends up getting killed by the figure but manages to rebirth himself right before he dies, repeating the process until he finally breaks through 2 Billion Years later.

That is how I feel about roguelike games, slowly but surely chipping away at a large rock with a tiny little hammer. But delving into Hades for a few hours, all of those past grievances just melted away. The voice work of the main character Zagreus, the son of Hades, was as smooth as the gameplay, I found myself going through room after room, conversing with numerous gods on Mount Olympus and I wasn’t that discouraged when I eventually died and found myself back at the beginning.

While the plot can easily amount to a teenager stomping up to his room while telling his father he hates him. There is a lot more to it than that, the combat is incredibly easy to just pick up and play, being able to attack and dodge without many barriers in place. Plus you are able to pet the 3 Headed Cerberus back at the start, which just makes dying just that little bit easier to deal with.

The best way to describe Haven is if one of the planets from No Man’s Sky was given a love story. Centered around a young couple called Yu and Kay, the two have seemingly ran away from home, which according to them is an almost oppressive regime where Match.com results are treated as gospel. Refusing to accept the matches made for each other, they hop into their small little spaceship home, dubbed “The Nest” and land on an abandoned planet called “Source”

It goes without saying what happens when you are young couple, with not a single other human for hundreds of thousands of miles. While you won’t get anything more graphic than seeing them in their underwear or a steam obscured shower scene it is obvious these two are going at like rabbits, or whatever creatures you might find on this planet. The planet itself is separated into little chunks connected by these light bridges and you traverse them by hovering just above the ground.

Controlling the characters can take some getting used to, but once you learn how to drift you will be travelling everywhere collecting Flow and Rust easily, you also need to scrounge for plants to cook up meals and health. Honestly, the combat here is probably the weakest aspect of the game, with settings to turn it to even more of an afterthought, moves are performed by holding down on either the D-Pad or Face Buttons, depending on the character and releasing when the meter fills up. However sometimes while the game will register it you will just not perform a move having you do it all over again.

Probably one of the most hauntingly beautiful games I have played in a long time, designed with retro sprites and a very murky colour palette it takes on a serious emotional rollercoaster at times. The game really is three stories in one, a knight on a perilous journey, and old man seemingly exploring catacombs and a castle and a little girl’s adventures in a broken home and a doll that seemingly talks to her.

It is really hard to describe the game at any length without spoiling it as the length will barely last you 5 hours. While certainly looking like a retro game on the surface the way the characters move and the emotion displayed really sets it apart from anything else

Hey, you know what my platforming game needs? Horticulture! Playing as a warrior goddess named Sakuna, you are banished on a remote island after she inadvertently allowed a family of mortals into their realms and accidentally cause a huge range of destruction. As punishment, she has banished onto the island with said family and through some absolutely convoluted mess the whole point of the game is to grow rice.

I have to ask exactly who was this game actually made for? Because the switch between the games 2.5D Side-scrolling Beat Em Up Levels and tending to our small little farm almost gave me whiplash. I really wasn’t able to focus on any particular aspect of the game properly and not to mention some weird choices when it came to the interface left me with questions on what I was even supposed to do.

That being said, certain aspects are definitely appealing, the divine garment worn by Sakuna allows her to fling herself around enemies which gives us unique strategies in regards to combat, there is the potential for something here just some more polish and attention required.

While we still wait for Travis Touchdown’s third adventure, Suda51 gratefully released HD ports of the first two games on the Switch during Nintendo’s Partner Showcase. No More Heroes were two of my favourite games on the Wii and they were very much built around the Wii hardware with the motion controls and Retro inspired mini-games.

After playing through Super Mario Galaxy’s port on the Switch, I had high hopes for how the motion controls would be ported over here as well. Sadly, it wasn’t really the case, the JoyCons work that is for sure but their seems to be some real issues with waggle reception. I found myself throwing my shoulder out while shaking the JoyCon to recharge, it was overly sensitive switching from High to Low attacks and the size of them had me losing my grip from them in the heat of battle.

After a few hours with the JoyCons, I switched over to the Pro Controller and that made all the difference. The motion prompts had been regulated to the R Stick and the overall experience is just better with the Pro Controller. While I still hold a special place in my heart for the Wii, it’s clear that the controller input of the Wiimote and Nunchuck has long past its prime. Still, there are plenty of Wii Games I would LOVE to see on the Switch!

If you had to pick between one of these two games though, go for the second one in Desperate Struggle. The gameplay is much more refined, they removed the open-world aspect which ended up just being a hindrance in the first game and Shinobu returns as a playable character, complete with shower scene during saving.

There Is No Game: Wrong Dimension

It’s really hard to describe just what exactly There is No Game: Wrong Dimension really is, I haven’t experienced a game this Meta or Fourth Wall Breaking since I played Dude Stop, Pony Island and The Stanley Parable. The best way I can describe it is you are interacting with the actual game, its code and everything that has seemingly been edited and had core aspects removed. It starts off with the game actively preventing you from actually playing it before being haunted by a maleficent glitch.

You are thrown into several different gaming situations like a clear parody of The Legend of Zelda and a Lucasart style point and click Sherlock Holmes game, which I’m shocked never actually happened. You go essentially behind the scenes with these games in the hopes of progressing until you are finally brought into the real world. While only a few hours long and I have an issue with all the main characters being voiced by the same person, it is certainly one of the more out there games I’ve played lately.