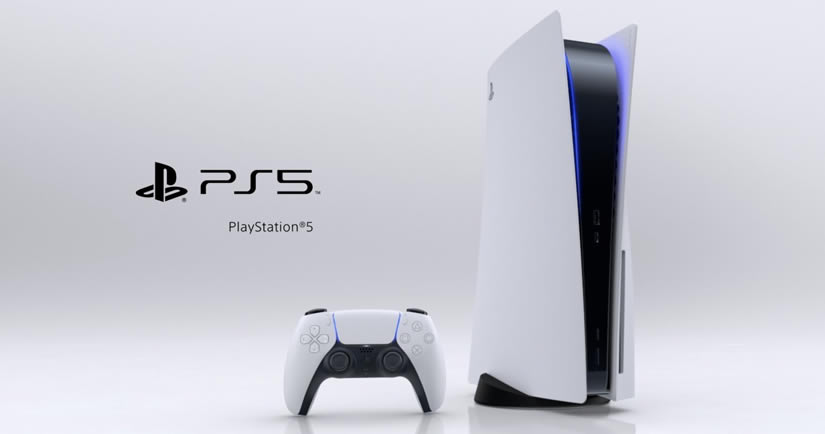 Following a week delay due to protests in the United States and the World, Sony finally pulled back the curtain on the anticipated successor to the PS4. Before the event, there were only a few things we really knew about the PS5, it was “100 times more powerful than the PS4” and that the controller looked like it was made by Aperture Science. Sony would spend the next hour and a half showcasing the power of the PS5 with a large range of exclusives before revealing a system as futuristic as it is unpractical, here are some of the things I took away from Sony’s event.

Spiderman 2 will be the killer launch app for the PS5

The make or break for any system at its launch is what will be there to play. Sometimes you succeed like SSX on PS2, Super Mario on the Nintendo 64 or more recently, Breath of the Wild on Switch and while there were plenty of great looking games, there wasn’t much confirmation of what will be available Day 1 (or really any launch details whatsoever). However, with a Summer 2020 release still pencilled in for the system, it seems clear that Spiderman 2, starring Miles Morales will be launching on Day 1 or at the very least in that launch window. Marvel’s Spiderman was one of the biggest hits in 2018, its large open-world Manhattan with combat and web-slinging so fluid you really did feel like your friendly neighbourhood Spiderman. Now, with Miles at the helm and the power of PS5 behind him, the sequel will undoubtedly be an even bigger adventure and will surely be the game to carry the system into its first Christmas.

Your shelf is going to hate it

Throughout the years, game consoles have come in all shapes and sizes, but there has been one thing that has always been expected of them, flat. Even the PS3 with its curved top had a flat bottom that could easily slide into most TV units. The PS5 however not so much, while I am grateful it isn’t looking like a toilet seat it instead looks like one of the many fan made concept images. Even just a brief glance at the design with all its curves says to me that this system is designed to stand upright, with the disc drive sticking out like a sore thumb.

Most TV units are not designed to house vertical systems like this, even the Nintendo Switch with its portable design has an issue with where exactly you can place the dock for ease of access. I’m sure that it will have the ability to lay on its side, but people with limited shelf space (like me) will still have trouble finding a place for it as it can’t fit under another system.

Sony are trying to ride two horses at once

While the PS5 was the winner today with its reveal, the long term winner has been undoubtedly the PS4, in just 6 years they have moved well over 110 Million units worldwide. I’m honestly surprised that Sony didn’t do to The Last of Us Part 2 what Nintendo did with The Legend of Zelda: Breath of the Wild, namely release on two systems simultaneously on the new systems launch date. While I’m sure we will see a PS5 version of The Last of Us 2 and Ghosts of Tsushima down the road, right now Sony will not just be convincing you to buy a shiny new PS5, but also convince you that the PS4 wasn’t a bad long term investment. Watching the event today, I was definitely impressed with what I saw, but I keep asking myself “Are you sure the PS4 couldn’t run this?”.

I’m willing to bet that at least some of what we saw today will also see a release on the PS4, because while the PS5 surely has more under the hood that doesn’t mean that developers are using it to its full advantage.

Sackboy could be the PS5’s stand out title

He’s long since been considered Playstation’s mascot, the long-awaited answer to the console wars of yesteryear, their Mario, their Sonic and he finally has his own fully-fledged game. While the PS5 surely had some gorgeous looking games with desires to look as realistic as possible, personally it is the games that dismiss reality that shine the brightest. Titles including Viva Pinata, Kirby’s Epic Yarn and The Legend of Zelda: Windwaker to name a few, stepped away from realistic looking design and will all the better for it.

Sackboy easily falls in with them, it may not be the most graphically impressive title we saw today, but it gives Sony a real family-friendly title that they have desperately needed for a long time now. Plus Sackboy’s presentation of a stitched-together world honestly shows off the graphical prowess of a system more than any amount of bloom and flares ever could.

Like a lot of people, I have a giant collection of Playstation titles dating all the way back to the original system, however as time as gone, most of those early systems don’t run as they used too. Even my PS3 has issues reading discs lately. When news started coming out about the PS5, many people were hoping that the system would support all previous generation discs. Now, I’m aware that is merely a pipe dream, especially in regards to how complex the PS3’s Cell Architecture was. But having the ability to play PS1 and PS2 discs was surely on the top of most Playstation fan’s list.

Sadly, no sight of that was shown during the presentation, with barely any specs of the actual system being detailed. This is even more infuriating as even Xbox supports their OG system, while not all games are supported, they at least put in the effort. Nintendo, on the other hand, offers NES and SNES games on the cheap with their monthly online service. Sony, however, has basically steered clear from allowing you use of your previous collection, blissfully unaware how big of a selling point that was to the early success of the PS2 and would much rather you buy all your collection again digitally, or at least the ones they are willing to sell.

This was coupled with an announcement that PS5 will be getting its own version of Grand Theft Auto 5, as well as a remake of the PS3 cult hit, Demon’s Souls. Failing to mention anything about the versions currently available on previous systems.